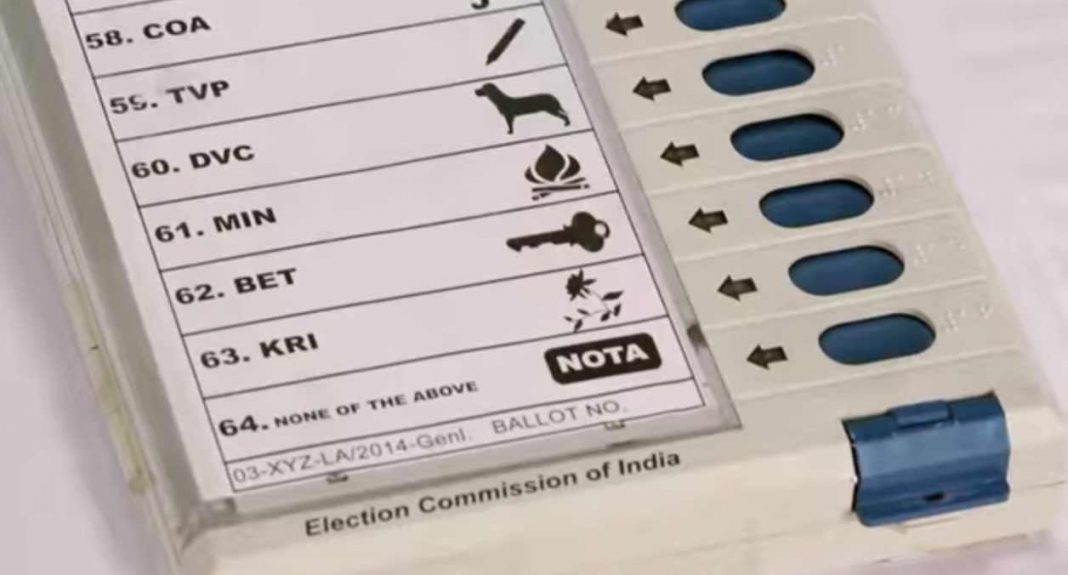 New Delhi (ILNS): A petition has been filed in the Supreme Court seeking a direction to the Election Commission of India to use the ‘Name, Age, Educational Qualification and Photograph’ of the candidates on EVM, in order to provide equal opportunity to contesting candidates and to weed out corruption, criminalization, casteism, communalism, regionalism, linguism and nepotism, the seven menaces of our democracy.

The petition filed by Advocate Ashwini Kumar Upadhyay says that ballot and EVM without political party symbol have many benefits.

(a) It will help electors to vote and support intelligent, diligent and honest candidates, which is not possible in today’s scenario.

(b) It will not only weed out casteism and communalism from our democracy, but also control use of black money and benami transaction in election.

(c) It will control dictatorship of political party bosses in ticket distribution and force them to give tickets to those who religiously work for the people’s welfare.

(d) Our democracy will be free from the grip of political party bosses.

(e) It will control nepotism and favouritism, one of the gravest menaces to our democracy.

(f) Political parties will be forced to give tickets to local candidates rather than parachute candidates.

(g) It will not only control the criminalization of politics but also keep check on the middle-man and political brokers.

(h) It will open gateway for social activists, educationists’ jurists intellectuals and public welfare spirited honest people to enter into politics and work for betterment of society

(l) It will control regionalism- linguism, which have become a serious threat to democratic political system.

The petitioner has submitted that the facts constituting cause of action arose on July 1, 2019 when petitioner came to know that 43 percent MPs have criminal cases.

It has further been submitted that

“the injury caused to the public is extremely large because ‘free and fair election’ is the basic dictum of our democracy and ‘right to vote’ is an important statutory right of citizens but practically both have become a dead letter due to use of political party symbol on ballot paper and EVM, which leads to confusion among voters and result in casting of wrong votes.”

Also Read: Compassionate ground appointment for deserving candidate is neither ‘prasad’ nor an act of charity: Madras High Court

The plea has sought direction declaring the use of party symbol on EVM as illegal-unconstitutional and violative of Article 14 (Equality before Law), 15 (Prohibition on Discrimination), 21 (Right to life and personal liberty) of the constitution of India.

Did you find apk for android? You can find new Free Android Games and apps.
Share
Facebook
Twitter
Pinterest
WhatsApp
Previous articleCompassionate ground appointment for deserving candidate is neither ‘prasad’ nor an act of charity: Madras High Court
Next articlePunjab & Haryana High Court asks for details of all corrupt police officials in state