A Gift of Citizenship?

Though the Constitution does not expressly guarantee any fundamental right to citizenship, a rapid survey of all ex parte decisions to decline this important right should be done in a time-bound mode. That is what minimal justice demands. 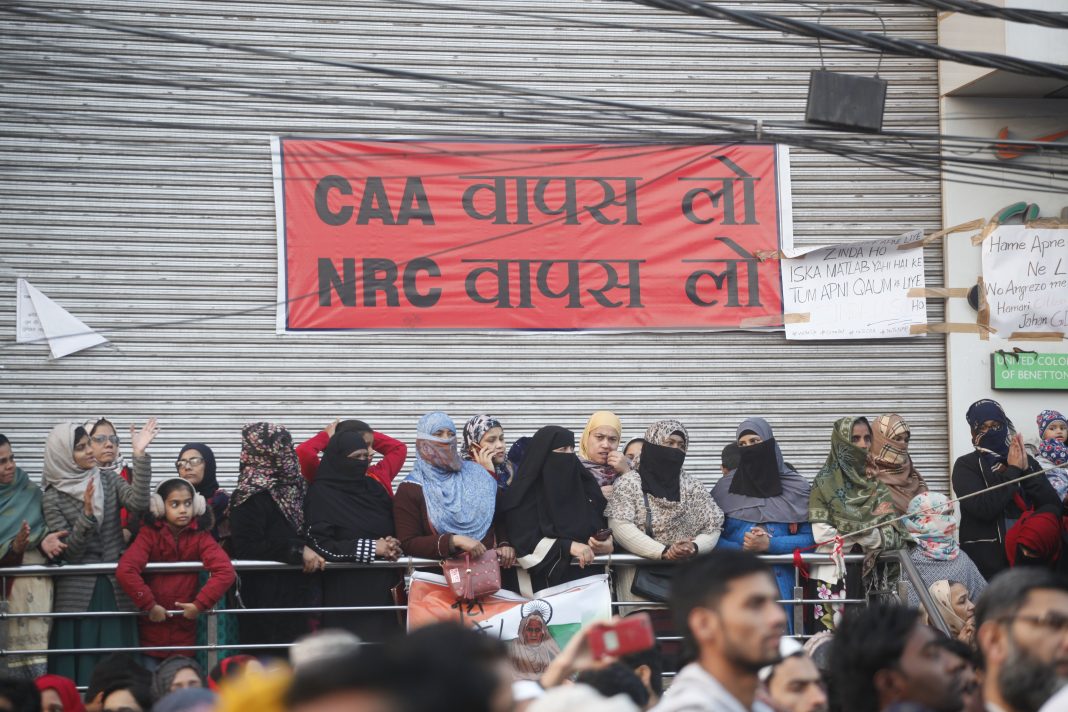 No doubt Indian citizens, and even persons within jurisdiction, are entitled to crucially important fundamental and human rights. And it may sound strange, but it is true that our Constitution does not expressly guarantee any fundamental right to citizenship, nor has it yet been frontally declared as a basic human right flowing from the basic structure and essential features of the Constitution.

Indian law and practice concerning citizenship have developed, rightly, as a felt necessity of the times of sub-Continental Partition. The constitutional provisions (Articles 5-11 of the Second Part) have been left largely to the bureaucracy (which has declared a vast empire of administrative discretion) and Parliament which may formally amend the Constitution and laws, almost as it pleases.

It has further the power to make and change the citizenship law. For example, the Citizenship (Amendment) Act, 2019, seeks to amend the Citizenship Act, 1955, by providing Indian citizenship to persecuted minorities—Hindu, Sikh, Jain, Buddhist, Parsi and Christian—from Pakistan, Bangladesh and Afghanistan. Members from these communities who had come to India till December 31, 2014, facing religious persecution in their respective countries, will not be treated as illegal immigrants but be given Indian citizenship.

This law has been a subject of many public movements of which Shaheen Bagh is a prototype1 and it has been constitutionally challenged on many grounds by as many as 59 petitions. The Supreme Court of India refused to stay the law2, while protecting the right to protest and had scheduled the hearing of the matter on January 22, 2022. The rules have not yet been notified, and now the government has been granted time till April 9 by the Lok Sabha, and by the Rajya Sabha until July 9, to frame rules under the citizenship law.

What the Supreme Court may do now lies in their Lordships wisdom; at the same time, the Court should also consider the priority of constitutional issues that ought to be settled without the proverbial delays.

In the meantime, of course, one has to receive judicial gifts of citizenship as they come. Republic Day, 2021, began with the happy tiding for Sefali Rani Das, a 23-year-old woman resident in Mohankhal, a village of Sonai, Silchar district, who was declared a citizen of India. This was in the wake of the Gauhati High Court allowing the petition giving her “another opportunity to prove that she was an Indian citizen”.

Under Paragraph 3A of the Foreigners (Tribunal) Order, 1964, if an appellant goes to the Tribunal within 30 days of an ex parte order and gives a reasonable explanation for not showing up earlier, the Tribunal can set aside the order declaring him (or her) as a foreigner. The underlying idea is to provide an opportunity to adversely affected people to go before the Tribunal to contest the case without having to approach a higher court. We should recall that the quest for justice occurs in a jurisdictionally vast area that is called “Assam”. Justice Ranjan Gogoi now graphically details this in his autobiography.3

Whatever may be the circumstances, the High Court bench of Justices N Kotiswar Singh and Soumitra Saikia allowed Das one more opportunity to prove her case, stating that citizenship was a “very important right of a person”, which “should ordinarily be decided on merit rather than by way of default as has happened in the present case”. The High Court has almost always intervened in the foreigners’ situation to give another opportunity to those declared so, in ex parte decisions, by Tribunals. In September and November 2019, the Court similarly overturned the Tribunal’s ex parte opinions, underlining how citizenship should be decided on the “basis of merit”.

On March 21, 2021, the same Gauhati High Court bench, considered a petitioner’s challenge to the subsequent declaration of being called a foreigner, observing that the petitioner Bulbuli Bibi’s husband’s name had been Najimuddin in one reference and in the other reference, as Nazim. It said it was only a “minor difference” as the name of the village and the police station had remained the same.

The High Court bench said the difference was “minor” and not “substantial” and held that “the same could be ignored”. Similarly, the name of the father, recorded as late Giapuddin Fakir in the first proceeding and as Giyas Fakir in the second, was also considered by the Bench as a minor variation, which could be ignored. It held that as the petitioner had not been declared a foreigner by the Foreigners’ Tribunal in the earlier proceeding, she could be declared an Indian citizen.

It should be emphasised that in this case, the Tribunal had reversed the favourable decision in the first instance. These High Court decisions are merely tips on an iceberg, where petitioners could reach a distant bench and actually turn the catastrophic deprival of citizenship into an emancipatory decision upholding citizenship.

On August 31, 2019, the Supreme Court website announced a final Assam NRC Report. State Home Department officials have said that though the NRC was called “final”, the 19,06,657 people excluded would have opportunities to be back on the citizens’ list if they appeal against their exclusion and establish their citizenship via courts. Each excluded person had 120 days to file an appeal at any of the existing 100 Foreigners’ Tribunals—with 200 more expected to be established within a month—which will have to dispose of the cases within six months. The appellant had the option of approaching the High Court and the Supreme Court.

Sure enough, this time-limit would define the bureaucratic response—the repose of the “selected”, and even of those elected—would be that some mistake in such a large exercise will unfortunately be committed and will remain even when opportunities of review of decisions by way of course-correction were opened up. This was also the view taken by the review petitions in the Bhopal MIC gas disaster catastrophe, described by Judge Keenan of the Second Circuit Court of the United States, as the “largest peace time industrial disaster”. The curative petition filed before the Court is still pending, despite nearly a decade!

The provision of a rights-based response does not equip the executive with “let bygones be bygones” approach because the right to be and to remain a citizen of India cannot ever be said to be a “bygone affair”. Rights and justice require totally error-free decisions by Foreigner Tribunals.

A rapid survey of all ex parte decisions to decline citizenship should even now be done in a time-bound mode; further, all original decisions, later reversed by tribunals themselves resulting in denial of citizenship should be reviewed to examine whether the procedure and grounds of such reversal were not manifestly erroneous. That is what minimal justice now demands. Even if statistically insignificant, such errors need rectification because their consequences on individual and community life remain cataclysmic.4 And it should never be said of the Supreme Court mandated programme that it was deficient in the rule of law or manifest justice and basic human rights ingredients.

The writer is an internationally-renowned law scholar, an acclaimed teacher and a well-known writer

2 It has been urged that the legislation is discriminatory as the amendment is specifically against the religious identity of Muslims. The Act ensures that only an illegal immigrant who is Muslim will be singled out and prosecuted under the Passports (Entry into India) Act, 1920 or the Foreigners Order 1949 and is deprived of his personal liberty, while illegal migrants from the protected six religions will be entitled with Indian citizenship and associated benefits which accrue. Besides it is urged, that while Muslim migrants should show their proof of residency in India for at least 11 years, the law allows illegal migrants from the six communities to be naturalised in five years time. There was also a heated argument on the issue whether or not the law had yet come into force because no rules, as provided in it, were yet made. See Krishnadas Rajagopal, “Supreme Court refuses to stay Citizenship (Amendment) Act” The Hindu, New Delhi, December 18, 2019.

3See his, Justice for the Judge, (New Delhi, Rupa, 2021) 26-29. The present Gauhati Court has jurisdiction, and benches, over four states!

4I do not dwell here on various apprehensions expressed concerning the idea of a national NRC as the detailed proposals and rules have yet to be formulated. What appears most worrisome is the sate of judicial difference on which documents need to be submitted in order to prove a resident, and descent, of one long treated as a citizen. Courts have differed on regarding passports, Aadhaar card, Pan id, Electoral Card, for example, as such proof! Besides, the general idea that natural born, and naturalized, citizens should ever be conceivably regarded as non-citizens is regarded by itself as ‘arbitrary’, both legally and ethically.