Adultery in the armed forces can impact trust, morale

Despite adultery being decriminalised in 2018, it remains a crime in the armed forces. This is because it could affect the fighting efficiency of the forces and lead to a decrease in trust and morale. 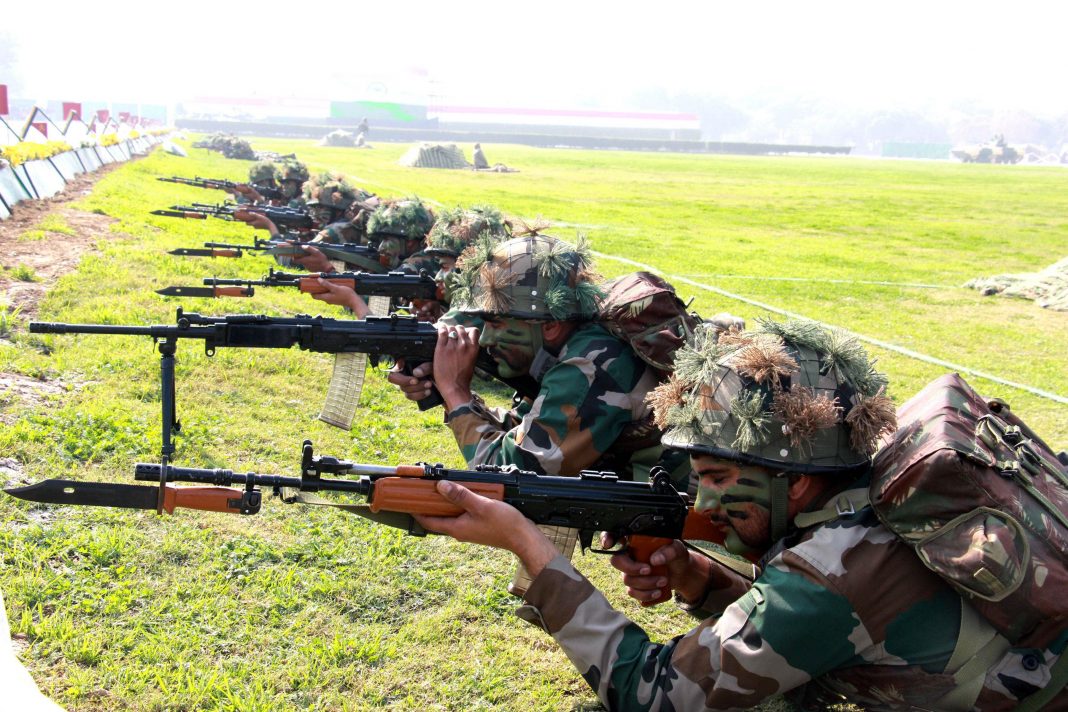 The armed forces of any country are an extension of that society. They are not only built according to the cultural, religious and social ethos of that nation, but are responsible to the constitution and the penal code. Therefore, the Indian Penal Code is applicable to every member of the armed forces, unless specifically clarified by the legal authorities on the subject. Differences in applicability of laws and rights between the civil and military forces are due to specific requirements and the nature of work in which a person is employed.

Recently, the Supreme Court agreed to examine the centre’s request to keep adultery a crime in the armed forces. A bench, comprising Justices RF Nariman, Navin Sinha and KM Joseph, also referred the matter to Chief Justice of India SA Bobde for setting up of a five-judge Constitution Bench which could clarify the position.

In September 2018, the Supreme Court unanimously struck down Section 497 of the IPC that makes adultery a punishable offence for men. So adultery was decriminalised. Section 497 said: “Whoever has sexual intercourse with a person who is and whom he knows or has reason to believe to be the wife of another man, without the consent or connivance of that man, such sexual intercourse not amounting to the offence of rape, is guilty of the offence of adultery.” This is punishable with imprisonment which may extend to five years, fine or both. In such a case, the woman shall not be punishable as an abettor.

However, when we consider this law for the armed forces, it becomes obvious that till 2018, every male came under its purview. Naturally, after the law became defunct, the armed forces personnel should also have got out of its purview, but that did not happen. This is due to the peculiar character of the armed forces.

Before September 2018, if an act of adultery was committed by any armed forces personnel with a woman married to a person outside the forces, he could be tried by civil law. It must be noted that as per the IPC, adultery when committed must involve sexual intercourse. A mere love affair does not fall in this category. However, military law differs from this. Under it, if the same officer has an affair with a woman married to a brother officer, even a romantic involvement such as writing love letters would be considered a crime liable for court martial and even cashiering of the officer (dismissal from a position of responsibility).

This strange case of the armed forces demanding a non-criminal act to be considered a crime requires us to understand the ethos and working environment of the fighting services as compared to the civilian world.

The main function of the armed forces is to fight for the territorial integrity of the country and safety of its people. This requires them to fight in well-knit mutually supporting teams, the success of which depends upon blind faith and trust over each other on land, sea or air.

Now let’s take an example of two officers, A and B in an infantry unit. Suppose officer A is having an affair with the wife of officer B, who naturally resents this and develops an intense dislike for A which has not been exposed publicly. Their unit soon gets deployed for war and proceeds to the tactical battle area. There have been many cases where the aggrieved husband has taken revenge in a manner where he has taken full advantage of an ambiguous situation shown as enemy action. There have been similar cases in the transport and fighter squadrons in the air force and in the navy too. Sabotage by a person full of hatred in such cases is not uncommon. This was seen in the case of a C130 Hercules aircraft carrying Pakistani President Gen Ziaul Haq, which was allegedly blown up in mid-air by a saboteur.

While the seriousness of such incidents is well-understood, what is of greater concern is that it could affect the fighting efficiency of the force and lead to a decrease in morale and discipline in the longer run. It could also lead to serious military reversals due to the complications involved.

A number of studies have been conducted by military sociologists who have opined that a happy home life for a fighting soldier is part of the overall asset of a military service and enhances the fighting efficiency of the organisation.

History has shown that French military leader Napoleon Bonaparte spent a considerable amount of his precious time worrying about his wife Josephine, rumoured to be having an affair with a brother officer. This ultimately affected the affairs of the state in battle and diplomacy.

So was the case of Lord Nelson of the British Navy who was involved with Lady Hamilton. Perhaps adultery in those times was a status statement. It hardly affected the future prospects of these men.

The Indian Army has drawn most of its traditions and behavioural patterns from the paces set by the British Army in India. In the social history of the Indian Army, it was mentioned that Winston Churchill as a captain had a rollicking affair with a colonel’s wife for many years, and he later became the prime minister of England.

Field Marshal Douglas MacArthur too was involved with his superior’s wife in his younger days. In both cases, the act of adultery was criminalised in the respective British and US armies. Yet, it was overlooked. However, it results in much ridicule for their respective organisations and military society in general.

Military history has chronicled a large number of such cases, and hence when India gained independence from British rule, Gen KM Cariappa took it upon himself to bring an end to this harmful phenomenon of officers having affairs with their brother officers’ wives. He instructed the department running military law to include adultery as part of unbecoming conduct. A clear guideline was given to all officers and men to take care of their social conduct and commanders were required to make sure this act was not violated. Gen Cariappa made it clear that while adultery was a criminal act according to the IPC, it had an ill-effect on a fighting unit and on the command and control structure of the organisation.

Gen Cariappa is known to have stated: “Any officer stealing or attempting to steal the affections of a brother officer’s wife is liable to be punished even by a court martial.” A number of trials have taken place in the forces connected with this issue.

However, Gen Cariappa’s statement in today’s times when women work side by side with men in the armed forces can be questioned. What happens when a lady officer has an affair with the husband of another lady officer or she has a lesbian affair with the wife of a male officer? Here, the very nature of adultery, as mentioned in the IPC, stands challenged.

All this will have to be placed before a special panel of law experts for a thorough study.

Read Also: Allahabad HC: Minor girl who marries on her own doesn’t have statutory right to live with husband

Did you find apk for android? You can find new Free Android Games and apps.
Share
Facebook
Twitter
Pinterest
WhatsApp
Previous articleChhattisgarh High Court to hear PIL seeking return of local trains with normal fare on February 15
Next articleAllahabad HC: Minor girl who marries on her own doesn’t have statutory right to live with husband