Although granted conditional bail by the Bombay High Court, the star-son was kept in jail for a long time by the NDPS Court merely on the basis of WhatsApp chats and without any concrete evidence. This was nothing but a gross misuse of criminal law. 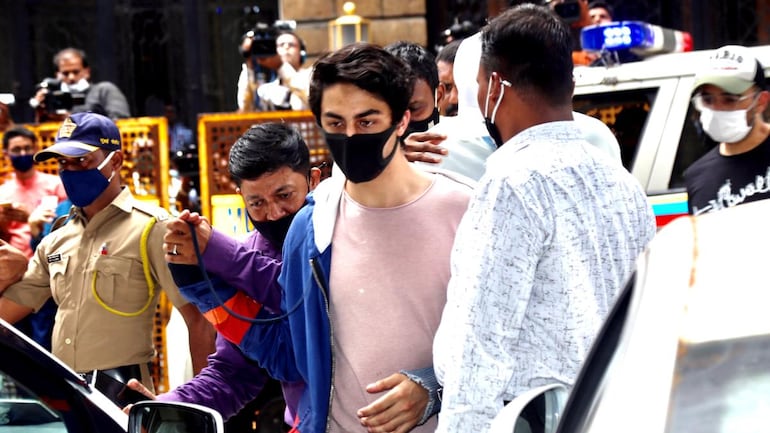 Aryan Khan, the son of Bollywood star Shah Rukh Khan finally got conditional bail along with co-accused Arbaaz Merchant and Munmun Dhamecha from the Bombay High Court on October 28 in the cruise ship drug bust case, but he paid a heavy price for being a son of a famous Bollywood actor. He was granted bail three weeks after his arrest merely based on WhatsApp chats and this is nothing but a gross misuse of criminal law.

In another case involving a celebrity (TV anchor Arnab Goswami) last year, the Supreme Court had declared: “Courts must be alive to the need to safeguard the public interest in ensuring that the due enforcement of the criminal law is not obstructed. The fair investigation of crime is an aid to it. Equally, it is the duty of courts across the spectrum—the district judiciary, the High Courts and the Supreme Court to ensure that the criminal law does not become a weapon for the selective harassment of citizens. Courts must be alive to both ends of the spectrum—the need to ensure the proper enforcement of criminal law on the one hand and the need, on the other, of ensuring that the law does not become a ruse for targeted harassment. Liberty across human eras is as tenuous as tenuous can be. Liberty survives by the vigilance of her citizens, on the cacophony of media, and in the dusty corridors of courts alive to the rule of (and not by) law. Yet, much too often, liberty is a casualty when one of these components is found wanting.”

The apex court had also reiterated its view that bail should be a rule and jail an exception. “As judges, we would do well to remind ourselves that it is through the instrumentality of bail that our criminal justice system’s primordial interest in preserving the presumption of innocence finds its most eloquent expression,” it said while demonstrating the collective judicial approach regarding grant of bail to the accused persons given the presumption of innocence.

Unfortunately, the Special NDPS Court in Mumbai forgot these jurisprudential principles when it refused bail to Aryan Khan recently. It denied bail to Aryan in a case based on weak evidence. It is nothing but a complete departure from the Supreme Court’s guidelines on the grant of bail laid down in several cases. Admittedly, Aryan’s innocence or guilt could only be proved through a trial.

On October 2, Aryan was detained by the Narcotics Control Bureau (NCB) in a drug bust on a cruise ship even though no drugs were found in his possession. The NCB did not collect any substantive evidence against him except the WhatsApp chats. There was no evidence to suggest that he was consuming drugs at the time of his arrest by the NCB. No blood test was conducted by the agency. He had no previous criminal history or drug abuse record. The narcotic law distinguishes between a drug consumer and peddler and forbids treating the former as hardened criminals. Sadly, the NCB was treating him like a hardened criminal.

The NCB had charged Aryan and his friends with conspiracy without any solid evidence on record. Also, to justify his arrest, the NCB had applied a unique theory of “conscious possession” when it recovered 6-gram charas from his friend.

How could the NCB shift the liability to Aryan if his friend was in possession of drugs without his knowledge? The term “conscious possession” is not defined under the NDPS Act and the courts of law hardly believe this juris­prudence of conscious possession.

Thus, the whole case of the NCB was based on WhatsApp chats which could be used only in the trial, not in bail adjudication.

In addition, the WhatsApp chats were being used by the NCB against Aryan without a certificate under Section 65-B of the Evidence Act. This is why the special court shouldn’t have relied on WhatsApp chats blindly and given the benefit of doubt to Aryan.

Notably, this is not the first time when the NCB arrested a person relying mainly on WhatsApp chats. It also did it in some other cases. Last year, the agency had arrested Rhea Chakraborty in a drug case mostly based on her WhatsApp chats. After a month, she was released by the Bombay High Court when the NCB failed to present any convincing evidence against her in the Court.

Rhea was booked under Section 27A of the NDPS Act, being involved in financing drugs after facing a severe media trial. “She is not part of drug dealers. She has not forwarded the drugs allegedly procured by her to somebody else to earn monetary or other benefits,” the High Court had categorically observed while granting her bail in the NDPS case.

Not only this, the Bombay High Court had also dismissed the NCB’s charges as “highly disproportionate” and “extremely unreasonable”. Also, the High Court punctured the NCB’s argument that “celebrities” should be treated harshly and made an example of, saying that no actor must “incur any special liability” in the eyes of the law.

It seems the NCB did not take any lessons from Rhea Chakraborty’s case and arrested Aryan without sufficient evidence. It is widely believed that Aryan was paying the price for being a celebrity and son of a famous Bollywood actor. This is a dangerous trend that undermines people’s faith in the criminal justice system. The law enforcement agencies should maintain their credibility, integrity and professional reputation.

Aryan belongs to a well-respected family who deserved bail subject to reasonable conditions. He is a young man who needs to be allowed an opportunity to live a dignified life. Putting him in jail does not serve any purpose. He deserves an opportunity to defend his case being a free citizen and the Special NDPS Court should have adopted a humane attitude while dealing with his bail application.

Former Attorney-General Mukul Rohatgi, who led the arguments on behalf of Aryan in the Bombay High Court before a single bench headed by Justice Nitin W Sambre, said that no drug recovery had been made from Aryan and the medical test showed he did not consume drugs and there was no reason to arrest him. He also stated that WhatsApp chats recovered by the NCB were not related to the cruise case.

Rohatgi contended that Aryan had nothing to do with the controversy around the NCB’s zonal director Sameer Wankhede and the allegations made against him by the NCP leader and Maharashtra government’s minister Nawab Malik and a witness in the cruise case, Prabhakar Sail. He rightly argued that it was a fit case for bail and Aryan, a 23-year-old young man, should be sent to rehabilitation rather than jail.

On the other hand, the NCB opposed Aryan’s bail application vehemently in the High Court. The agency’s counsel argued that Aryan was an influential person who could tamper with evidence or flee justice if released on bail. It further stated that the evidence available on record demonstrated that Aryan was in touch with persons abroad who are a part of an international drug network. The NCB also said that material collected during the investigation primarily revealed that Aryan had played a role in the illicit procurement and distribution of contraband procured from his friend Arbaaz Merchant.

It is submitted that the criminal law should not be used as a weapon to harass citizens. All citizens should be treated equally and law enforcement agencies should arrest those who commit criminal offences based on solid evidence, not on inconclusive pieces of digital chats, etc. An arrested person faces a difficult situation in Indian society.

The Supreme Court has rightly stated in some cases that a great ignominy, humiliation and disgrace are attached to arrest. Arrest leads to many serious consequences not only for the accused but also for his family and friends. Mostly, the people do not make any difference between arrest at a pre-conviction stage and post-conviction stage. This is why the arresting power must be used cautiously, and not according to the whims and fancies of the law-enforcement agencies that work under political pressure.

—The writer is advocate Supreme Court of India