The Narcotics Control Bureau has emerged as a headline-seeking and self-serving ogre. Its reliance on an outdated and infamous NDPS Act is not standing up to judicial scrutiny, making the agency and its bosses an embarrassment to the country. An analysis of the legal strategies as it unfolded during trial in the Bombay HC. 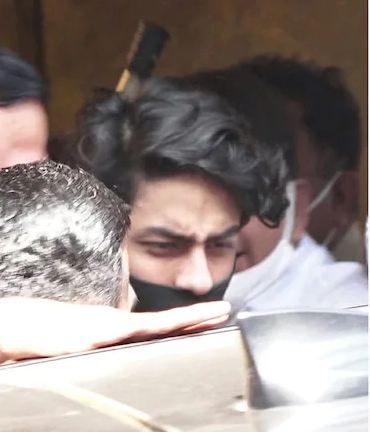 The Economist headlined its story, The War on Bollywood, referring to the highly sensationalised arrest of Aryan Khan, the son of superstar Shah Rukh Khan. If a highly respected and cerebral periodical like The Economist can find space to devote a feature on the arrest and trial of the son of an actor, it shows that India’s investigative agencies are opening themselves to global ridicule. The reversal of the NDPS special court order by the Bombay High Court has upset quite a few legal axioms. It has also signalled a roadblock to the unbridled ways of the Narcotics Control Bureau (NCB). The 26-odd days incarceration of Aryan was strongly challenged by his father’s legal team headed by veteran former Attorney General Mukul Rohatgi. The legal fight saw a systematic demolition of the case put up by NCB Zonal Director Sameer Wankhede and argued in the High Court by the Additional Solicitor General Anil Singh.

The prosecution held that Aryan and his friend Arbaaz Merchant were apprehended together by the NCB at the cruise, with Arbaaz having 6 grams of charas concealed in his shoes. The bail application of Aryan was denied because of two reasons. First, the NCB officials recorded supposedly voluntarily-given statements under Section 67 of the Act in which it was admitted by Aryan and Arbaaz that they possessed the drugs for their consumption. This led to the conclusion that Aryan was in “conscious possession” of the substance, or was in the know about the drug possessed by this friend. Second, by way of WhatsApp chats it was purported that Aryan was in touch with several foreign nationals who were part of an international drug racket, and to investigate the linkages and prevent the evidence to be destroyed or suppressed, the remand of Aryan was necessary.

On the basis of these twin arguments, bail was denied to Aryan. However, as the bail application moved to the Bombay High Court, the rules of the legal battle were reframed. The NCB subtly downplayed the drug syndicate angle and upped its ante on the “conscious possession” charge. A slight change of strategy was quite apparent from the arguments put forth by the prosecution at the High Court.

Umakant Mishra, former assistant director of NCB, is an experienced hand in these matters. He said: “In the lower court, the twin strategy was ‘conscious possession’ and WhatsApp chats. Both were inadequate. ‘Conscious possession’ signified a small quantity and WhatsApp chats were dated and vague. I think indirectly the strategy was to emphasise on pending and complex investigation and that bail would hamper it. The Court looks at the facts prima facie without going to the rigours of the standards of a trial. The NCB case was weak from the start with small quantity recovery. They should have made the person from whose possession drug was recovered as A1 (accused number one) and link others through WhatsApp, statement, conscious possession (I would call it constructive possession, kind of deemed possession), etc as evidence.”

At the trial court, the bail applications were opposed by the NCB on the ground of linkages with international drug trafficking chains and that custody of the accused was essential to prevent influence of witnesses. WhatsApp chats were the basic evidence which the NCB presented in Court to buttress its claim.

So did the dependence on WhatsApp chat prove to be a costly mistake? Though the NCB had also obtained a certificate under Section 65B of the Indian Evidence Act to authenticate that electronic evidence has been collected from the accused’s phone, the defence had said that the WhatsApp messages were old and also dealt with online poker games.

Kumar contended: “Even with a 65B certificate, to my mind, WhatsApp chats are by themselves weak evidence and in any event cannot be solely determinative of culpability of the accused persons. In the present case, as per material available in public domain, it appears that there was no chat that disclosed any conspiracy to commit any of the acts alleged on the cruise ship. There were some chats of 2018 and some pertaining to poker games. These chats, even if assumed to be true and correct, did not assist in proving the case of the prosecution as regards the cruise incident. Therefore, to an extent, it can be said that excessive reliance on these chats was not proper.”

It is no secret that under the NDPS Act, bail is an exception and not a rule. It flows from the rather stern legal postulate that the accused is guilty till he is proven innocent. The impunity and confidence with which the “no bail” proposition was bandied by the prosecution led by no less a person than additional solicitor general was not only noteworthy but also worrisome.

Here Rohatgi and his team made a smart move and raised the human rights’ angle. They held that custody is illegal, and that 24-plus days of imprisonment has no basis. Kumar concurred with the use of the human rights’ angle. He said: “In cases of bail, argument of personal liberty is at forefront. Jail is seen as deprivation of liberty of an individual. In the case of a 22-23-year-old, subjecting them to continued incarceration may cause more harm than reform. Further, even as per the charges levelled, the maximum punishment was one year. Therefore, it cannot be that the accused person is left in jail for almost one month even before trial commences. These are fundamental principles of bail jurisprudence as laid down by the Supreme Court. Therefore, surely, these must have weighed heavily with the High Court in granting bail.”

Mishra said: “The takeaway from the bail order will be that investigating agency should be circumspect from the beginning and interpret facts and evidence correctly and proportionately to apply them to invoke correct charging sections.” Coming from a former NCB officer, such words of caution should be a wake-up call for the anti-drugs agency. The gay abandon with which the agency has been booking celebrities with preposterous charges which ultimately are failing to pass legal muster is a matter of serious concern for the government as well. At stake is the personal freedom of individuals which is cherished and guaranteed by the Constitution.