The recent decision of the government to extend the area of operation of the Border Security Force to the international boundary within Punjab, Assam and West Bengal has caused a political row. Is it justifiable? 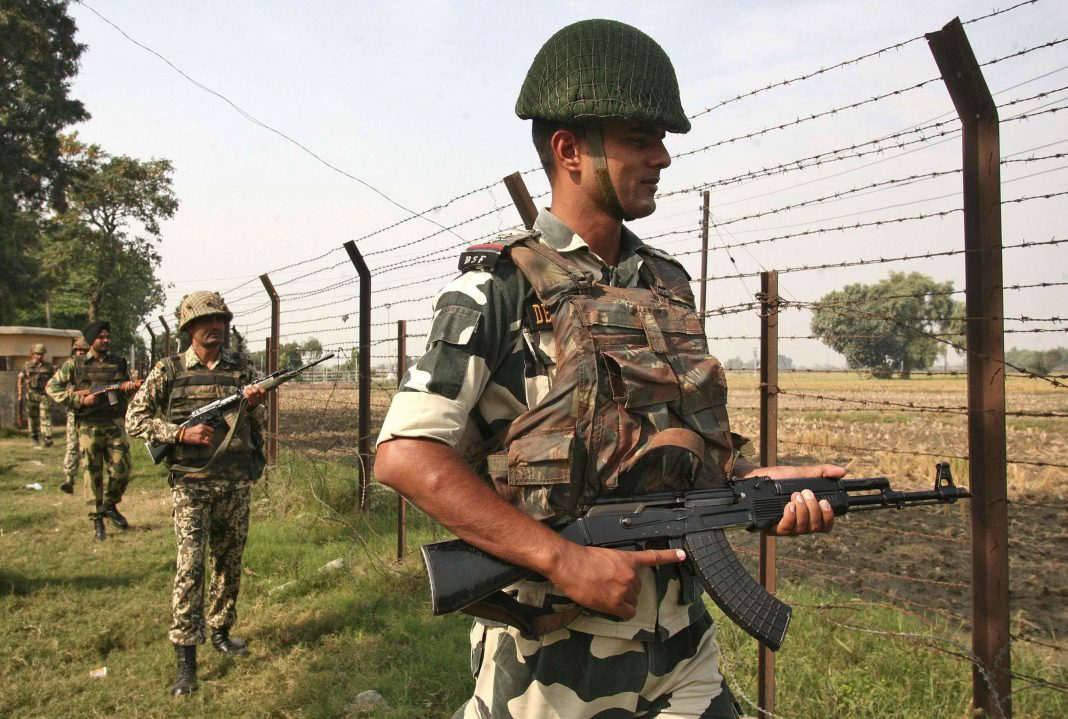 The Border Security Force (BSF), through a notification in the Gazette of India on October 11, 2021, was given the power to arrest, search and seize upto 50km from the international boundary within Punjab, Assam and West Bengal. In Gujarat, the limit was reduced from the existing 80km to 50km, while the limit of 50km remains unchanged for Rajasthan. The notification replaces a 2014 order under the BSF Act of 1968, which also provides power to BSF to conduct counter insurgency operations in Tripura, Mizoram, Manipur, Meghalaya and Nagaland. The order also categorically refers to the two newly created Union territories of J&K and Ladakh.

India shares its borders with many countries and this raises various categories of security problems. To meet this challenge during peace time, the Ministry of Home Affairs deploys the Central Armed Police Force (CAPF)—a joint paramilitary force which guards the six main borders of India. These forces are BSF, Indo-Tibetan Border Police (ITBP), Sashastra Seema Bal (SSB) and Assam Rifles (AR). It should be noted that the Army is also present on the border and is placed in depth, not getting involved in day-to-day security related issues. However, when the balloon goes up, like during a declaration of war, paramilitary units are placed under the local Army commander as per his requirement and the combined force then fights together.

It should be realised that the geographical terrain differs from border to border, with varying weather conditions and temperature. This demands not only different numbers of personnel, but also different types of fighting and logistic equipment and different methods of deployment according to differing threat perceptions. The threat perception is studied periodically and changes are accordingly incorporated.

The deployment of force and future requirements is reviewed at regular intervals by the Ministry of Home Affairs in consultation with force headquarters from time to time. This may also require a review of the depth of the area to be patrolled along the border, which could vary from 15km to even over 80km, from state to state, as per the threat perception. The paramilitary force has complete jurisdiction in the area allotted. Beyond this area, the powers of administration are with the state government on whose border the force is deployed. It should be understood that these paramilitary forces, after arresting an intruder/law breaker, can keep them in custody for not more than 24 hours for interrogation/questioning.

However, with more advanced technology and fighting equipment like drones used for missions of surveillance and inductions of small arms, etc for infiltrators, the reaction time to take appropriate action by the paramilitary units is reduced considerably due to the speed of the flying machines. Hence various measures are taken to meet these challenges. These could include getting more sophisticated and advanced systems to counter the threat, or increase the depth of the deployment of the paramilitary force from the border in terms of distance to conduct hot pursuit of the flying drone or an escaping fugitive. This increase in the area of depth along the international borders is what is being disputed in Punjab and West Bengal.

This is a pertinent point from the fact that a huge quantum of weapon systems like armed and surveillance drones along with arms and sophisticated listening and night vision devices are now available with the Taliban and Pakistan-supported terrorists. These have been made available after the American forces abandoned them in Afghanistan, which would be used without doubt in J&K, Gujarat and Punjab borders.

A special note submitted by the Ministry of Home Affairs to a parliamentary standing committee in 2011 states that the BSF has been assigned three main tasks during their deployment along the international border. These are:

1. Promotion of sense of security among the people living in the border areas.

2. To prevent transborder crimes and unauthorised exit or entry from the Indian border.

3. To prevent smuggling and all other illegal activities.

Hence the BSF is expected to deal with a number of violations through the process of search and seizure.

Besides, the home ministry has also given powers to the BSF in borders areas under various other acts like the Customs Act, the Passport Act, Narcotic Drugs and Psychotropic Substances Act, Code of Criminal Procedure, Registration of Foreigners Act, 1939, the Central Excise and Salt Act, 1944, Foreigners Act, 1946, and the Foreign Exchange Regulation Act, 1947.

The threat is to do with sleeper cells, supported by grassroots-level politics getting huge money from foreign agencies. These have to be intercepted at the border before they mingle in the crowd. Hence, it becomes necessary to have a well-equipped, armed and trained-for-the-job agency to complete the task of apprehending/neutralising the intruders. Whether it is PoK/Afghanistan, or the border with Nepal and Bhutan or Myanmar or Bangladesh, all this holds true.

The types of weapons left by the Americans would be used by these insurgents from across the border with the technical/monetary help of both China and Turkey. These would include drones, both armed and for surveillance, or even the Tucano type aircraft ideally suited for this job with devastating weapon systems. These operations would include close to a million AK-47s along with ammunition, rocket launchers, mortars and latest night vision devices. Facing that kind of enhanced threat, the new operational extension for the BSF is necessary and tied to the sovereignty of the nation.

—The writer is a defence and military analyst