Nirmala Sitharama’s budget raises a key question—if the bottom of the pyramid remains shaky, can the top 10 percent carry the day for the nation? 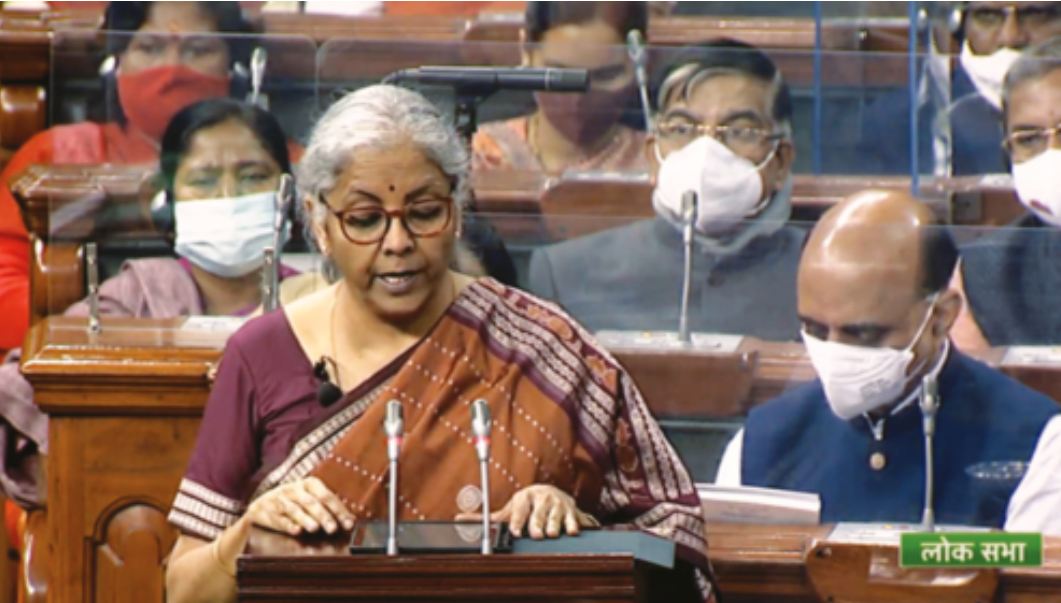 This year’s budget proposals were a wonder a minute. This time Finance Minister Nirmala Sitharaman spoke for just 90 minutes and did not come out with any figures that can satisfy all and sundry. If one may sum it up in a single phrase, this was a two-faced budget. It cannot be denied that there has been a massive push towards long-term growth, primarily through a humongous 35% extra capex allocation, but at the same time, the minister seems to have forgotten that the MSMEs are gasping for air and those displaced in the pandemic have yet to find their feet.

The budget wants to prepare us for the long haul, probably looking ahead to the 2024 general elections. The minister said the country is expected to grow at 9.27% in the coming year. But the question is, if the bottom of the pyramid remains shaky, can the top 10% carry the day for the nation? In other words, can one run a marathon, with a shattered patella? It was imperative to address the immediate needs of the common man. It was necessary to put money directly in their hands, so the general consumption grows.

For example, is there any point in extending the Emergency Credit Line Guarantee Scheme (ECLGS) for MSMEs till 2023 when they need oxygen right now? These are companies that do not have the capacity to take in any more credit. They need orders, and timely payments, and a supply line that gives them breathing space. Hand-holding was necessary, not pictures of a distant, rosy future.

One can look at it this way. There has been a fall in NREGA allocation. The allocation for the next financial year is Rs 73,000 crore, 25% lower than the Rs 98,000 crore revised estimate for the scheme in the current year. But when the government is committed to a mega push for PM GatiShakti projects, such as 25,000 km more of highways and 400 more Vande Bharat trains, etc., it should automatically take up the NREGA slack. After all, infra is the biggest blue collar employer of any developing country.

The political pitch, therefore, was long term. Maybe this was because the Election Commission of India’s model code conduct is in force now, but no budget can be bereft of political influence. It is a political exercise, after all.

Here are some sectors in focus:

This is principally a platform to track planning and execution of infra projects. And the big push has been under this head. First are roads, projects that the National Highways Authority of India has become adept at and projects that can draw in a large number of blue-collar workers directly, as well as workers in all ancillary units that get the boost. The multiplier effect is visible.

The large pegs for this, planned for the next fiscal, are to build 25,000 km more of national highways, 100 new cargo terminals, four logistics parks, eight ropeway projects and also help start 400 new Vande Bharat trains over the coming years. This, partly, is a massive push in connectivity projects, and partly in heavy export-import facilitation.

These targeted push projects may not provide immediate return on investment for the private sector builders, but while they are long term revenue generators they also provide immediate sustenance to a workforce that has lost work in the recent past. Also, the tertiary benefits of such projects would be in establishing a proper infrastructure as the country intends to go into manufacturing in a big way. It is being said to be a vision for the next 25 years, after all.

The problem here is that this, exactly, was the imperative, the absolute need, for all the entire ten years this government has been in power. How is it, then, that wisdom has emanated so late? How is it that the government has suddenly understood that India’s infrastructure has been skewed from the beginning, and there was a need to set the plinth right in the first place?

If the need is essentially political, then there is a problem in the assumed good intent of the government.

If you had been looking at the bleak industrial horizon and expecting a call to the GST Council for relaxation of GST rates—Finance Minister Sitharaman is also chair of the Council—you were wrong. This was not going to happen. And Sitharaman made it clear in a manner only she and the NDA can, by showcasing a brilliant collection month.

Departing from the written script of the budget proposals, she took out a sheet of paper and, somewhat dramatically, announced that this was an important development. She read that the gross GST collections for the month of January 2022 amounted to Rs 1,40,986 crore. She stressed on the point that this was the highest since the inception of the tax in 2017.

While that was impressive for the government, it simply could not have been part of the budget proposals. That bit of information added little to the budget’s credibility, silent as it was about the perils of the downtrodden. So why this drama? Industry has been crying for a rationalisation of GST rates for a long time. The way the government has reacted has disappointed many. Weeks before the budget, the government actually announced an increase in the rates of some products, including some essential daily use items, such as footwear. It defies logic. The government wants to stress to its voters that money is needed for social causes, but will not allow the market to breathe easy. This political message might be a bit too convoluted to comprehend.

This sector has been virtually destroyed in the economic slowdown, followed by the Covid-19 effect. Why is this sector so important to our country? Because—and this is as per the conservative data of the MSME ministry—there are at least 6.3 crore MSME units in this country (as of November 26, 2021), of which registered micro units are as many as 5,441,220 (94.34% of total) and the total employment generated by this entire sector is only second to India’s agricultural sector. MSMEs, contribute about 29% towards the GDP through its national and international trade.

The biggest losers amid this are the manufacturing sector in the micro and small segments and the travel, hospitality and tourism units in the service sector. What the economic slowdown could not destroy, the pandemic did. And, while the entire supply chain of the manufacturing sector has virtually dried up, payments processes have been delayed beyond any absorbable level. Yet, the government thinks that only an extension of a credit line will solve all the problems of this sector.

How can a company which has no orders on its book, which has been crying hoarse with companies it has sold goods to, to pay up, afford new credit? Our legal system is in such disarray that there is no system of assuring that bigger companies are forced to stick to their payment schedules.

The Union budget has completely glossed over this segment. The forward looking attitude has been reserved for massive investment oriented projects, without ensuring a trickle-down effect. This could prove disastrous. The top will not move if the bottom is crippled.

The politics of it all

The correct analogy would be what the CPI(M) did in West Bengal for 34 years, not only resulting in the complete destruction of the industrial base of the state, but also creating a labour-owner mistrust that has lasted decades. That principle, of divide and rule, is still being applied, even by this government which is seemingly pro-capital growth. The budget proved this, all over again.

Forget the farm laws, there was no effective rescue package for farmers in the budget. The MSP issue has been dealt with in passing, with the finance minister stating that procurement of wheat in Rabi season 2021-22 and the estimated procurement of paddy in Kharif season 2021-22 will cover 1,208 lakh metric tonnes of wheat and paddy from 163 lakh farmers and Rs 2.37 lakh crores will be the direct payment of MSP value to their accounts.

The stress is on the MSP value, but there has been no talk about how the farmers can recover from debt, or how they can afford some level of certainty in their income.

The government probably is still fuming over the issue of withdrawing of the three farm laws. The ruling dispensation had placed a great deal of faith in its ability to pull this through and, good or bad, these laws were fundamental to the vision of the dispensation. This might not have been a good budget, as far as farmers are concerned, just before the elections.

There has been no bill on crypto assets or crypto currencies so far. But the finance minister has imposed 30% tax on digital assets. If this includes digital currencies, such as Bitcoin, then it will be disaster towards the spread of crypto in the country. India has over $6 billion invested in digital currencies. The CBDT chairman has made a strange announcement, though. He has said that the 30% tax on crypto does not mean the government is considering crypto as legal.

If digital currencies are declared assets, then 30% will be in effect. This act has to come through, and more will be available in the details.

The Digital Rupee will be a complex issue, not only because it will leave footprints at every level, but also might be considered as an asset. However, UPI payments have been around for some time now and how a new avatar of a fiat currency will help the market is not clear. The Digital Rupee might hit the banks because the presence of the physical bank will not be required.

The initial declaration that blockchain technology will be used for the Digital Rupee has been withdrawn in the knowledge of the massive power consumption by this technology. Alternative technologies are being tried out.