With AAP permitting the prosecution of Kanhaiya Kumar in a 2016 sedition case, the Delhi CM seems to have transformed from a crusader to a domesticated man who is more cautious. By Shiv Visvananthan 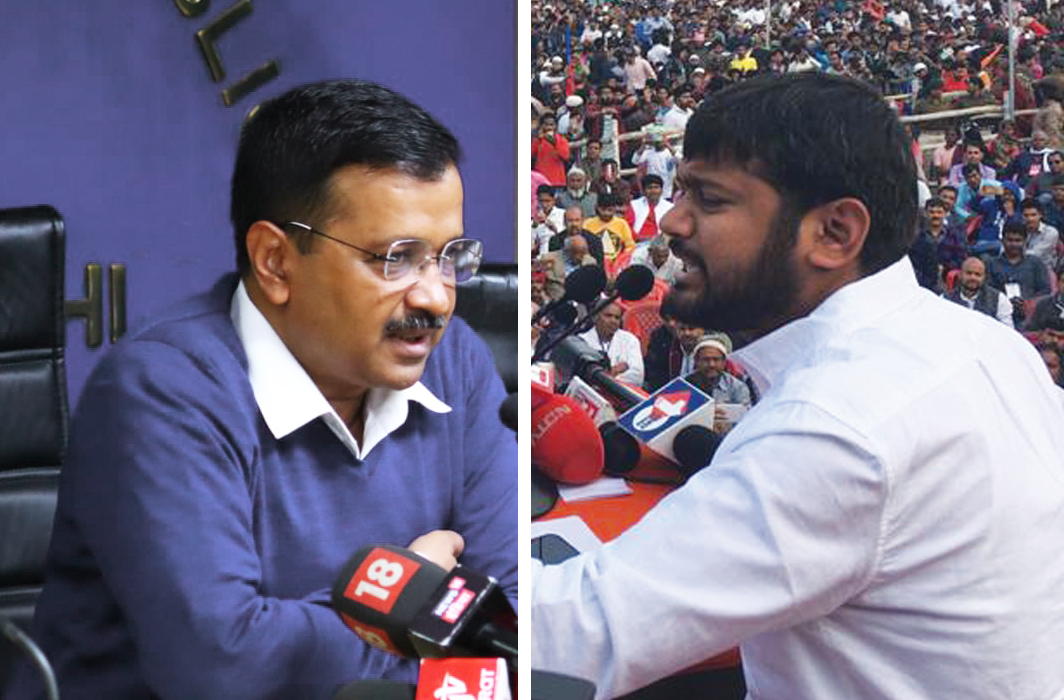 Writing about politics in India is not an easy task. What looks managed and rational at one level sounds like Alice in Wonderland at another. Worse, Alice can change to Kafka as the tale of a word like sedition changes in a different context. Secondly, our politicians too are idiosyncratic characters projecting contradictory visions of themselves in different contexts.

Delhi Chief Minister Arvind Kejriwal has grown curiouser over the years. When he entered the political stage, he was a crusader against corruption. When he captured the political stage, he was a champion of migrant welfare, especially medicare and education. As he survived a term, he seemed to switch strategy. He was not a politician dreaming alternatives but a vernacular variant of the Hindu majority. He claimed he was as Hindu as Modi, and in fact, backed the BJP in their policy on Kashmir. It was almost as if Kejriwal was buying peace at a certain level by saying his was a local stage, a Delhi stage, and he had no pretensions to national power. A party which was seen as a national possibility now acted as if it was a local cobbler sticking to its limited last.

One has to also comment on the juxtaposition of Kejriwal and Kanhaiya Kumar, former JNU Students’ Union president. They represent a new generation of politicians, but Kanhaiya still carries the fire of the original Kejriwal. Kejriwal looks domesticated, even routine next to Kanhaiya. Kejriwal is clear he threatens no one, at least beyond Delhi. Kanhaiya is an aspiring star, whose very rise has put Lalu Prasad Yadav and clan in anxiety. Lalu’s brood, even Tejaswi, is hardly a match for the charismatic Kanhaiya. Tejaswi appears like a backstage organiser, Kanhaiya a man for the masses. A politician like Kanhaiya would be a tinder box in the current dynamics of Delhi. When Kanhaiya emerged out of JNU politics, one saw him as a variant of AAP. But the two styles of politics have diverged.

Kejriwal appears a different man, more cautious, more limited in his range. He realises that his low-key, familial politics is winning him the migrant vote. His persistence has virtually reduced all his critics to silence. A man who should have been sympathetic to the rise of Kanhaiya now plays correctress to the core. He sounds nationalist. The language is interesting. Raghav Chadda, his colleague, calls the sedition case “a procedural matter, a ritual to be followed and closed”. Kejriwal, radical is his critique of corruption, is more than politically correct on sedition.

Sedition, a key charge in colonial times, is still a potent word in India, while former colonies like Ireland and Australia have cauterised it. Our current regime even uses sedition to harass schoolchildren uttering words in a play. Sedition has become a blanket word for curbing dissent. The polarity between patriotism and sedition virtually marks the range of the current regime, though. It is a key word of policy and needs to be exorcised because it challenges the basic differences that make a decent society. The words sedition, urban Naxal and internal security are key Dovalesque words which civil society has to challenge. One always imagined Kejriwal and AAP as a force close to civil society. The AAP struggle, in the initial years, was a merging of civil society and a new party. Yet, AAP is a party, which with success, seems to forget its past. It currently sanitises words like “procedural”, which it would have challenged in the past.

The response to the Kanhaiya trial is indicative of AAP’s current strategy. In a utilitarian way, AAP realises that it bumbles or gets its fingers burnt every time it strays out of Delhi. Its visions of being a national party and its forays into Punjab were disappointing. It also senses that when it amplifies scale, it becomes assorted and archaic as a party. Kejriwal in his style is a bit of a schoolmaster and thinks small is beautiful because small is controllable. He prefers policy and governance vocabularies around health and education to political terms, which might be seen as inflammable. This attitude of let-me-dub-it the Kanhaiya syndrome has wider consequences.

Firstly, AAP, when it emerged, was a metaphor, a shorthand for an alternative politics, a politics that went beyond electoral democracy and State power. It sought a new style and vocabulary of politics. The AAP message was liberating. Yet, AAP as it fought to stay in power, transformed its style drastically. It was like trimming a political garden, eliminating weeds, creating a more stable style. This change in tactics has disappointed a wider constituency, a wider appeal that AAP now ignores.

AAP has been hospitable to Shaheen Bagh, suggesting that civil life and protest belong to one weave. Yet, when the riots took place, Kejriwal suggested a closing of Delhi’s borders. This is a sign of panic without an everyday understanding of Delhi. One wishes he realised that a Shaheen Bagh for citizenship eventually needs a Shaheen Bagh for sedition.

The poignancy of the sedition cases and their macabre surrealistic character can be seen if we juxtapose three of them. First is the Elgar Parishad case where a group of activists has been harassed for months. It is almost as if concern for tribals or social work among the poor is also anti-national. The second case is of the young girl who faces a sedition case for mouthing lines in a school play. The third is Kanhaiya—here, in taming Kanhaiya, you tame free thought in a university. Each shows why sedition, as it is used today, threatens democracy rather than protecting the nation-state. The Delhi government will proceed with the cases and Kanhaiya has been stoic about it. Yet, these are not just cases. These become challenges to democracy and civil society to exorcise such words and create a linguistically enabled democracy. It will be wonderful to see Kanhaiya play a creative role in politics in the years to come.