China’s expansion in South China Sea has riled many nations which have come together to form groupings such as Quad and a future Indo-Pacific one. The recently concluded Malabar Exercise was also part of this strategy. 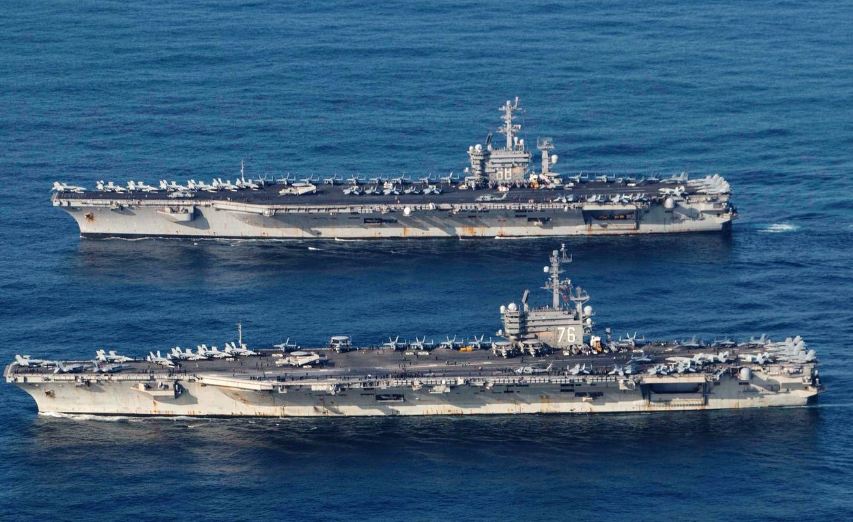 It is indeed an undeniable strategic fact that any military weakness of a country will be exploited by its neighbour sooner or later, in the form of economic impediments created, or occupation of geographical territories. This statement was realised by India more than once in its dealings with China.

The recent tension on the Ladakh front is an apt example of this. Hence, we realise now to our utter discomfort that from 1959, China is in possession of close to 42,000 sqkm of our land and is in a serious quest to grab huge territory in Arunachal and more in Galwan, Daulat Beg Oldie and other places.

The one redeeming feature in the history of our border skirmishes with China is that for the first time, it has tasted the aggressive side of our military in Ladakh and felt the need to come to the negotiating table, asking its ally Pakistan to do the same.

However, in spite of this, China continues to play its game of aggression in the South China Sea and the world is watching tensely as, like Nazi Germany, it continues its expansion. Serious objections have been raised by Taiwan, Philippines, Indonesia, Malaysia, Australia, Singapore, Vietnam and Brunei to China’s extra-territorial occupational activities. It is not only posing hindrances in sea trade routes of the countries in South China Sea, but creating its own artificial islands, claiming exclusive territorial rights over them, right from Spratly Islands to the Maldives.

As per modest estimates, $3.38 trillion worth of global trade, which is one-third of the entire world trade, passes through South China Sea every year. For China, this region is very important as 80% of its energy imports and 40% of its entire trade passes through this Sea. It has also started laying claims to Spratly Islands, Parcel Islands, Scarborough Shoal and crucial points in the Gulf of Tonkin.

The aggrieved states naturally demand freedom to their right to exploit the oil and natural resources of these vast sea areas besides gaining fishing rights and navigation without any hindrances from China.

To make matters worse, since 2013, China has resorted to island building in the Spratly and Parcel Island region. But let us not forget that for the last few centuries, a number of countries have claimed land or built artificial islands, but for non-aggressive and peaceful purposes only. Vietnam and Philippines started doing this before China. But China started military and weapons build-up in these island areas such as runways for military aircraft, missile launch stations and warship and submarine docking harbours. Thus, it has denied the use of these islands to other countries, posing a serious threat to the innocent sea faring and shipping activities of other nations.

The world community, supported by the US, has taken the matter very seriously and a large number of powerful countries have vehemently objected to these Chinese bullying tactics and sailed in their warships. America has sailed in two nuclear aircraft carriers, Nimitz and Ronald Regan, along with its squadron of warships and nuclear submarines. The UK has sailed in the Queen Elizabeth aircraft carrier and the accompanying squadron of warships and India had sent four warships earlier.

The annual Malabar Trilateral Naval exercise between the US, Japan and India, which began in 1992, should be seen in this context. These joint exercises, their tactics, equipment and fighting doctrine are conducted  keeping China in mind mostly. Singapore and Australia have been past non-permanent participants. In June 2020, Australia became a permanent member and all the four nations participated militarily. It is very clear that due to the rising threat from China in this region, this strategic step has been taken.

This annual naval exercise includes various activities such as fighter combat operations with aircraft taking off from carriers, which may include maritime interdiction and anti-submarine warfare. Then there is diving for salvage operations, amphibious operations, anti-piracy operations and cross-deck helicopter landing.

However, by 2007, it was quite evident that China, riding the wave of military and economic development, had started imposing itself on neighbours’ maritime interests. Hence, a dialogue called the Quadrilateral Security Dialogue was initiated by Prime Minister M Shinzo Abe of Japan with the support of Vice-President Dick Cheney of the US, PM John Howard of Australia and Indian PM Manmohan Singh.

There is serious thinking to bolster the Quad with a mutual defence pact between the four members. This well-thought-of arrangement was initially modelled on the concept of democratic peace, and was supposed to establish an “Asian Arc of Democracy” with plans to ultimately include countries in Central Asia, Mongolia, Korean Peninsula and South East Asia. In short, all countries on China`s periphery. This is similar to the String of Pearls initiative by China against India.

The concept had an appeal to all the countries involved. This was brought out by US President Donald Trump on his visit to Japan in November 2017, where he and Abe suggested that the current thought process in relation to joint thinking and strategising the aspects of Quad must be thought as free and open Indo-Pacific strategy.

The Indo-Pacific is also referred to as Indo-Pacific Asia. This is a geographic region of the earth’s seas formed by the tropical waters of the Indian Ocean, the western and central Pacific Ocean and the regional seas connecting the two in the region of Indonesia. This does not include the temperate and polar regions of the Indian and Pacific Oceans, nor the tropical Eastern Pacific along the coast of the entire Americas.

As per current thinking among experts, within two to three years, the world will once again witness the military polarisation of nations in two groups as was the case when Nato and the Warsaw Pact were created. With the break-up of the Soviet Union, the Warsaw Pact disintegrated and most of the east European countries joined Nato.

Now China is seen as the leader of a new group opposing America and its allies, mostly around South China Sea and in south Asia. Turkey and its Islamic allies will support China, and this region will become a volatile area like divided Europe was from the 1950s till the end of the 1980s.

China has also reconciled itself to the fact that the new regime of Joe Biden in the US will not change the stand taken by Trump and would continue to oppose its expansionist tendencies in South China Sea. This  aggressive approach of China has not only effected the neighbouring littoral states, but the UK, France, Germany and Italy too which have commercial interests in this region. More countries are now wanting to join Quad.

India is being seen by the US, France and Germany as the emerging leader of the regional countries in the Asia-Pacific region. It would, therefore, be appropriate that it should not only rise to the occasion and take over the mantle of this leadership, but initiate a union of local countries of the Asia and Pacific region. Besides working for the co-prosperity of the entire Asia-Pacific zone, it should initiate a system of joint security from outside threat. Perhaps the prime minister of India should initiate the formation of an Association of Asia Pacific Union that goes beyond the thinking of the European Union.

The world order is, indeed, changing.