The CJI’s last one year will be remembered for filling up crucial vacancies, promoting digital technology and his humanness. However, cases of constitutional importance need more urgency. 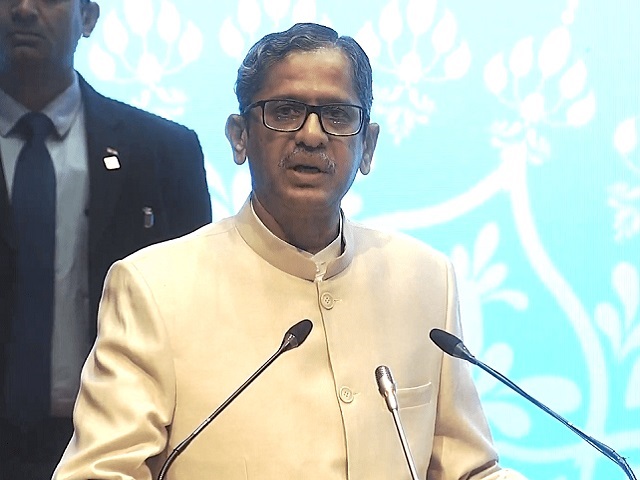 Chief Justice of India (CJI) NV Ramana completed one year in office on April 24 this year. He assumed the highest judicial office in the country during a difficult time. His predecessor, CJI SA Bobde, failed to break the deadlock in the Supreme Court collegium and ten vacancies of judges had piled up there. It was due to CJI Ramana’s sincere efforts and dynamic leadership that all those vacancies were filled up when he became the leader of the collegium, the authority which selects judges for the Supreme Court and High Courts since 1993.

Surprisingly, CJI Bobde could not convince his collegium colleagues to select even a single judge for the Court. Media reports indicate that a stalemate had occurred in the collegium regarding the names of a few judges, particularly those belonging to the minority community whose appointments were not acceptable to the centre. The reports also indicated that Justice Rohinton F Nariman, a senior Supreme Court judge and collegium member, had suggested to CJI Bobde not to bypass some senior judges and chief justices of High Courts. The CJI then called meetings of the collegium three-four times, but all ended without any consensus on making any recommendation. As a result, several vacancies of judges occurred in the top court and CJI Bobde retired without making any appointment to it.

After assuming the office of CJI, Justice Ramana waited for a few months and called a meeting of the Supreme Court collegium in August 2021. By that time, Justice Nariman had retired. The entire collegium supported CJI Ramana’s proposals and nine judges were selected for the apex court. By doing so, CJI Ramana created history. For the first time, three women judges were selected for the Court in one go. One of them is likely to become CJI if the order of seniority remains undisturbed.

In addition, a brilliant senior lawyer of the Supreme Court was also selected, directly from the bar. He too is likely to become CJI based on the seniority principle. Thankfully, the centre cooperated greatly with CJI Ramana and notified all the appointments at rocket speed. Today, the Supreme Court has four women judges. Unfortunately, some brilliant High Court judges and chief justices missed the bus.

The collegium also failed to balance judicial appointments. As of now, the Supreme Court has only one Muslim judge. At least, one or two more Muslim judges need to be appointed to the apex court. This is what has usually happened since the inauguration of the Court, given the demographic equations in our country. Today, no apex court judge belongs to communities like Sikhs, Jains, Buddhists, tribals, etc. There are only two Dalit judges. More Dalit and OBC judges are required in the Court. The Supreme Court should reflect the diversity of the nation and give representation to different sections of society. It would be in the interest of our secular democracy if the collegium considers all these factors while recommending the names of judges for the Supreme Court and High Courts. It will also strengthen the credibility of the judiciary and boost people’s faith.

The collegium has also recommended the names of hundreds of persons, including chief justices, for different High Courts. Admittedly, several recommendations are implemented by the government, but some of them are still lying on the table of the law minister. In some cases, the collegium has reiterated the names, but despite this, the government has not yet cleared them. The collegium should not hesitate to assert its primacy in judicial appointments by making the judiciary more inclusive and diverse.

On the administrative side of the Supreme Court, CJI Ramana has taken up many important issues relating to the judiciary with the centre and states. His efforts in promoting the use of digital technology to enhance access to justice are quite commendable. Recently, he said that he has asked the government to improve the judicial infrastructure in the country.

“Judicial infrastructure needs to be improved. Unfortunately, we are not even meeting the basic minimum standards in this area. It has been my endeavour since assuming the office of the Chief Justice of India, to put in place an institutional mechanism to coordinate and oversee the improvement of judicial infrastructure…Mere allocation of funds is not enough. The challenge is to put the available resources to optimum use. I have been pursuing the government for setting up of statutory authorities, both at the centre and in states”

As far as the judicial side of the Supreme Court is concerned, the results are mixed. Although CJI Ramana has tried to solve the issue of arrears of cases in the apex court, the Covid crisis did not allow him to resume physical hearings for a long time. Despite that, the Court has decided on thousands of cases. CJI Ramana-led benches have heard various sensitive cases like Pegasus, sedition, Lakhimpur-Kheri violence, tribunals, etc.

But, several important cases of great constitutional importance such as Article 370, electoral bonds, Sabarimala, CAA-NRC, CBI, UAPA, etc., are still pending before the Court. These should be heard on a priority basis. Being the Master of the Roster, CJI Ramana may consider listing them for early hearing before appropriate benches. The Court has a glorious record of protecting fundamental rights and it should maintain this. Delay in adjudication of cases involving the fundamental rights of the people sends a wrong message to society. Also, the government and law-enforcement agencies misuse the pendency for their advantage. Rule of law demands that the Court should always maintain pressure on the government to run the administration according to constitutional norms and principles. This is what the people expect from the judiciary in a constitutionally-controlled democracy.

Off the bench also, CJI Ramana is very active and participates in the socio-legal debates on different platforms, particularly in judicial academies and law schools. He presides over convocation addresses and inspires young law students to join litigation. As a chief spokesperson and leader of the Indian judiciary, CJI Ramana never hesitates to express his views about socio-legal issues facing the nation. For doing good work, he praises the government and its agencies, but does not hesitate to criticise them whenever they violate the rule of law. He boosts the morale and confidence of judges, law-enforcement agencies and even common people through his thought-provoking words and encourages them to act without fear or favour.

A few weeks ago, while delivering the DP Kohli memorial lecture, CJI Ramana encouraged the CBI to act professionally and honestly. “The political executive will change with time. But you, as an institution, are permanent. Be impermeable and be independent. Pledge solidarity to your service. Your fraternity is your strength,” he told CBI officers.

Recently, at a function in Telangana, CJI Ramana told judicial officers of the State Judicial Service to create a congenial atmosphere for litigants and remember the human aspect while deciding cases. He also told them to keep themselves updated with the changes in law and developments in other sectors like science and technology. He also assured them that he had taken up their case with the Pay Commission recently and good news was round the corner. He also expressed his concern about the increasing incidents of attacks on judges. These concerns need serious consideration.

Considering all these aspects, it can be said that CJI Ramana is a judicial statesman who addressed many issues after assuming office. During his tenure, he developed good relations with the government to protect the collective interests of the judiciary. Up to a large extent, he has been successful in convincing the government to approve several proposals, including judicial appointments. He has also inspired his brother and sister judges to give speedy justice to the people.

Also, he has opened the doors of the Court to the common people by making its judgments available in vernacular languages like Hindi, Tamil, Marathi, Kannada, Telugu, Punjabi, Gujarati, Malayalam, Bengali, etc. He has been successful in filling up hundreds of vacancies of judges in the High Court, but more efforts are required. He speaks frankly on issues of national concerns and uses his office as an opportunity to humanise law. He is rightly concerned about women’s representation in the judiciary and has taken some timely steps to enhance it. The bar has also appreciated his efforts. CJI Ramana is scheduled to retire after a few months. His legacy will be well remembered.

“Justice Ramana is a distinguished judge, who has conducted the affairs of the Court in a very dignified manner. He is a perfect gentle person and a great judge. I hope with the cooperation of all his brethren, he will lead the institution to new heights.”