The Conscience of the State

A row recently erupted in Punjab over the office of the A-G. Though the A-G is the CM’s man, he has to act without fear or favour in protecting the rule of law, constitutionalism and judicial independence in the state. 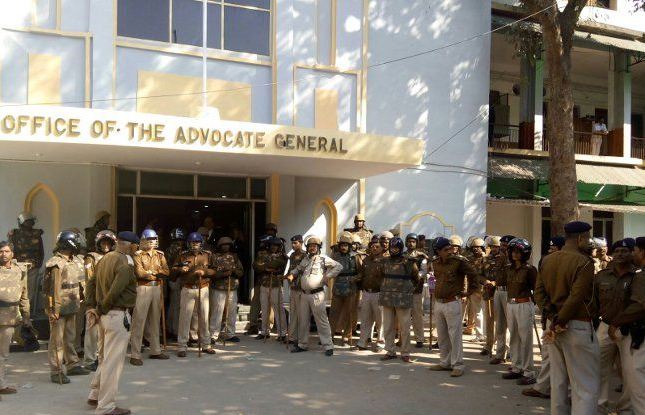 The appointment of the advocate-general (A-G) in Punjab has triggered a debate about his constitutional role and powers in a state’s administration. The A-G handles the legal matters of the state government. As per a well-established constitutional convention and practice, the chief minister installs his own man in the office of A-G.

A few days ago, the governor of Punjab appointed APS Deol as the new A-G. The appointment comes after the earlier A-G, Atul Nanda, quit after the resignation of CM Captain Amarinder Singh who had appointed him.

Under the constitutional scheme of things, Article 165 deals with the office of the A-G in a state. This provision corresponds to Article 76 that deals with the office of the attorney-general for the Union government. The only difference between these two articles is the absence of clause (3) of Article 76 which gives a right of audience to the attorney-general in all courts throughout India. But no such right is available to the AG.

The governor appoints a person who is qualified to be a judge of the High Court as the A-G on the advice of the chief minister. The age limit of 62 years for judges of High Courts, however, does not apply to the appointment of the A-G. The principal duty of the A-G is to advise the state government on legal matters referred or assigned to him. He holds his office during the pleasure of the governor and receives such remuneration as the governor determines. Admittedly, the A-G has no security of tenure, and the governor can remove him any time on the advice of the chief minister without assigning any reason.

In England, the office of the attorney-general is regarded as a political office in the sense that he is a member of the government and comes in and goes out with it. In India, the attorney-general has not, so far, been a member of the cabinet. The law minister looks after the legal matters in the cabinet, but the attorney-general and the A-G also resign on the resignation of the cabinet as a convention. However, the new government can retain the AG. It all depends on the equations between the AG and the CM and also the professional competence, integrity and credibility of the AG. As per Article 177 of the Constitution, the A-G is also entitled to take part and speak in the proceedings of the state legislature, but he is not entitled to vote there.

Notably, there cannot be more than one A-G in a state. But the government has the power to appoint other lawyers to look after the legal matters of the government and may also give them any designation, including that of additional A-G, deputy A-G, assistant A-G, etc. Their designations are assigned in the exercise of executive powers of the state under Article 162 of the Constitution, not in the exercise of its constitutional power under Article 165. They are not constitutional functionaries but they hold special assignments based on the requirement. These appointments are mostly made because of political patronage and recommendations. Some states have many additional A-Gs. This practice should be deprecated and the appointments should be made only on the basis of merit.

The A-G is considered part of the government and reflects the legal thinking of the government. Time and again, the Supreme Court has said that the A-G’s relationship with the government is essentially that of an advocate and a client about his appearance in the courts and arguing the case before the courts on behalf of the state. The fees for such matters may be settled between the government and the A-G by rules or notifications. As the A-G represents the government in the courts, a statement made by him there binds the government. If the government does not honour his statements, the A-G will have no option but to resign. They also discharge several other statutory functions such as giving consent to initiate the contempt proceedings. He is also the leader of the bar and is supposed to protect the collective interests and dignity of the bar. Many eminent lawyers have held this office in several states with great distinction. Some of them, such as SM Sikri, Kuldip Singh and Santosh Hegde have also graced the bench of the Supreme Court.

But along with great powers come heavy responsibilities. The A-G must act without fear or favour in protecting the rule of law, constitutionalism, and judicial independence in the state. He should not hesitate to speak the truth to his political masters if they exercise powers against the constitutional norms. He is an officer of the court and must defend the rule of law. He should be committed to the Constitution and the laws that ensure a controlled government. He should always act in public interest.

Let me conclude with these insightful words of Dr Rajendra Prasad: “After all, a constitution like a machine is a lifeless thing. It acquires life because of the men who control it and operate it, and India needs today nothing more than a set of honest men who will have the interest of country before them.”