At this rate of resurgence of cases, India may soon overtake Brazil to re-claim its second place in the list of most-affected countries. Which are the states where cases are rising fastest and why? 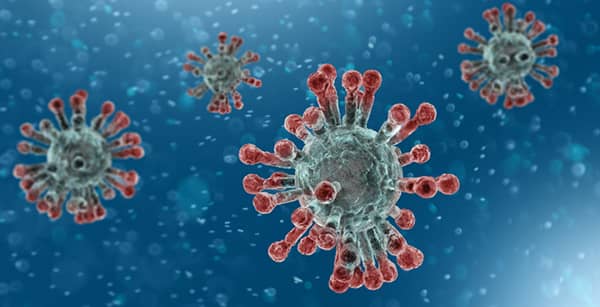 Cases of coronaviruses are rising swiftly in the ongoing second wave of Covid-19 with over one lakh new cases now being recorded in the country every day. At the time of writing this (7.4.2021), India added 1,15,736 new cases in the last 24 hours to its total tally of active cases, which is 8,43,473 (see graph: Covid-19 cases…). At this rate of resurgence of cases, India may soon overtake Brazil to reclaim its second place in the list of most-affected countries or possibly become the country with the highest number of cases surpassing the United States, currently the worst-hit country in terms of the number of cases.

In contrast to the first wave, eight states, in particular, are contributing 80.70 percent of the total new cases reported in the country in the second wave, according to Health ministry data and are the new hotspots for the infection. These eight states include Maha­rashtra, Chhattisgarh, Karnataka, Uttar Pradesh, Delhi, Madhya Pradesh, Tamil Nadu and Kerala. Among these, Delhi is experiencing the fourth wave of the pandemic; Madhya Pradesh the third wave, while the remaining six states are in the midst of the second wave.

Hotspots are areas with a high burden of disease or high transmission efficiency. In hotspots, cases will occur in spurts and form several clusters. Three different types of infection hotspots have been defined: Transmission hotspots i.e. areas with high transmission efficiency and where the reproductive number (R0) is high; emergence hotspots i.e. areas with a high frequency of disease emergence and burden hotspots i.e. areas with high incidence of disease. Interplay of several factors such as overcrowding, poverty, hygiene, geographic clusters results in transmission hotspots. Superspreaders and superspreading events also influence the spread of the infection. The SARS-CoV-2 virus mainly spreads through respiratory droplets produced during coughing, sneezing, singing, and even talking loudly. A superspreader is a person who has a high viral load as compared to the average person carrying the infection and hence spreads the infection to a disproportionately large number of people because of high viral shedding, while a superspreader event is a big gathering of people where a single infected person can cause an explosion of infection among people present at the event and who do not take any precautions like face masking, physical distancing. Crowded indoor events such as weddings, funerals, large family gatherings, conferences, offices, schools, religious gatherings, especially if they are ill-ventilated, have the potential to become superspreading events as people are in close contact with each other. Evidence has shown that that 80 percent of new cases via local transmission are caused by 20 percent of already infected persons similar to the Pareto principle, also known as the 80/20 rule, which states that “for many outcomes, roughly 80 percent of consequences come from 20 percent of the causes (the “vital few”).

A study published last year in September in CDC’s Morbidity and Mortality Weekly Report (MMWR) has shown that eating out at restaurants increases the risk of infection. This is because it is not possible to wear a mask while eating. Also, people may be sitting close to each other. Similarly, bars, gyms, clubs are also high risk areas. This is because when a person coughs, the droplets containing the virus may spread as far as 19 feet, while a sneeze can cause droplets to travel up to 26 feet. While some fall down and contaminate the surfaces, some remain suspended in the air as aerosols for many hours. Depending on the ventilation and the air flow pattern in the room, the aerosols can spread in the entire room. About 10 percent of droplets released during a cough can remain in the air after travelling for a distance of six feet.

Population density also has a direct association with the number of cases. Population density is not just the number of persons per square kilometre calculated for a city or a country. It also illustrates the household density (density of households within a particular geographical area). The probability of the spread of infection is far greater in densely populated areas, more so among persons living in crowded houses, where they are in close contact with one another. Physical distancing is difficult or practically impossible to maintain in such housing conditions. Socioeconomic status plays a significant role in household crowding.

Furthermore, the number of people travelling in public transport and trains in India is huge. Waiting in queues is also risky, more so when people do not comply with physical distancing measures in place.

The state of Maharashtra alone has added almost 60,000 new cases to the country’s cumulative tally even in the ongoing second wave of the infection. Chhattisgarh comes next with 9,921 cases followed by Karnataka with 6,150 new cases. The rising positivity rate is a matter of concern. When it is more than 10 percent, this means community spread. The daily positivity rate is 8.40 percent. In Maharashtra, it is 15 percent, whereas in Delhi it is 5.5 percent. According to the WHO, any outbreak is said to be under control, if the positivity rate is 5 percent or less.

Although there is no nationwide lockdown, partial lockdowns are back in many states in an effort to break the chain of transmission. Maharashtra has confirmed new restrictions including a night curfew in the state and a “strict lockdown” over the weekends from Friday 8 pm to Monday 7 am in view of the unprecedented surge Covid-19 cases. Delhi, the national capital, has also imposed a night curfew from 10 pm to 5 am with effect from Tuesday (April 6).

However, prior to this, there were hardly any restrictions on the movement of people, both within and outside the states. There were gatherings coupled with total lack of adherence to Covid-19 appropriate behaviour with no masking and physical distancing. People had started travelling in local trains in Mumbai where physical distancing is simply not possible. Testing frequency had dramatically declined. Some complacency had set in as the numbers had started to decline by early February. The result was a resurgence of cases.

There is also a new strain of the virus circulating, which is more infectious and therefore is spreading rapidly. Since most cases in Maharashtra are asymptomatic, people do not follow isolation guidelines. Apparently people do not fear Covid-19 as much now as they did when it was first identified and was a mysterious disease. In some districts, institutional quarantine is being done even for asymptomatic cases otherwise they may become source of infection. This endangers the overwhelming healthcare services and resources.

Covid-19 is a highly contagious disease caused by the SARS-CoV-2 virus. This virus is undergoing mutations as it travels from person to person. The new variants have increased transmissibility and therefore spread easily and more rapidly. Pathogen (virulence and infecting dose), host (shedding of the virus, variant), environment (population density, mass gatherings in closed spaces, poor ventilation, physical distancing), behaviour (hand hygiene, cough hy­giene, adherence to protective measures) and response (timely implementation of control measures in the affected areas) are factors that increase the possibility of a superspreading event.

Although, Covid-19 has become more manageable now, public health strategies are the best bet to control the infection. Containment zones need to be identified in hotspots and strict isolation measures implemented. Contact tracing must be increased. More and more testing needs to be done. Tests must be directed towards detecting at least three gene targets, else variants can be missed. These have to be done on a war footing. Correct, continuous use of a three-layered mask supported by physical distancing, frequent handwashing (or use of sanitiser), avoiding crowded places are as important now as they were in the first wave. Entire families are becoming infected now. Vaccination has to be aggressively pursued. Since the vaccinations so far are being administered in phases for defined population groups, a huge population is still vulnerable to the infection. So far, the number of new cases in the second wave has remained quite low in the north east states of India except Assam. The state of Nagaland reported no new cases till Wednesday. But, infection may still reach these parts. As citizens of this country, we have to act responsibly. Together we can, together we will.