A recent order of the Supreme Court raises an important question regarding the rights of victims during criminal proceedings. What needs to be understood is the definition of a victim whose rights are being discussed. 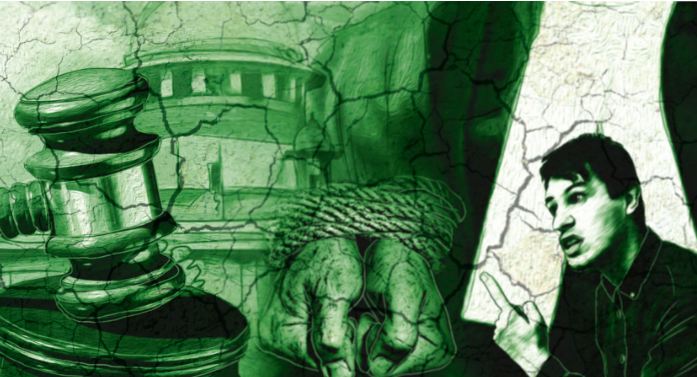 With the Supreme Court setting aside the Allahabad High Court order granting bail to Ashish Mishra, son of a union minister accused of running down farmers in his SUV, an important question arises regarding the rights of victims during criminal proceedings. The question assumes more relevance because in the adversarial model of justice dispensation that we follow in our country, the crimes are deemed to be against the State, which means any attack on the rights of victims is an act against the State by the accused. The severity of the issue has been recognized by the UN through its Declaration on Basic Principles of Justice to Victims and Abuse of Power. In this regard, there arise further issues regarding the position of the victim in India that can be understood from the situation before the changes brought in 2008 and the position thereafter, and finally the possible way forward regarding the active participation of victims during the criminal proceeding of varied nature.

What needs to be understood is the definition of a victim whose rights are being discussed. As per the 2008 declaration, a victim includes any person who has suffered any loss or injury as a result of the act of the accused and includes his/her guardians and heirs. This definition has also now been incorporated at the national level, post-2008. However, before 2008, the role of a victim was of a mere informant or complainant who approached the police or magistrate, whose statements were recorded under Section 162 of the Criminal Procedure Code (CrPC), 1973. Surprisingly, the victim had no right to associate in the prosecution process, he/she was only entitled to the fine imposed under Section 357 of the CrPC, 1973, without any mention of the right to rehabilitation.

However, post-2008, the situation has changed by incorporating changes in the definition as well as granting the victim’s rights to appeal, compensation, appointing of advocate and opposing the bail granted to the accused that is the core issue which the Supreme Court has dealt with as it is a recognized right for the victim to challenge the decision under Section 439(2) of the CrPC, 1973. Further, in the case of a rape survivor, the Criminal Procedure Code (Amendment) Act, 2008, gives her the right for her statements to be recorded at her home or in a safe place or place of her choice and the statements should be recorded by a woman police officer in the presence of her parents or guardian or near relatives or social worker of the locality. At the same time, all the details relating to the victim’s identity, her name and address remain confidential. A very important contribution of the 2008 Amendment is allowing the victim/survivor to appeal any order by the court acquitting the accused or convicting him of a lesser offense or awarding inadequate compensation.

Interestingly, there also exists a victim compensation scheme under Section 357(A) of the CrPC, 1973, under which the state and central governments must ensure a scheme for providing funds for compensating the victims or the dependents who have suffered loss or injury due to the crime. The core of the issue remains the lack of active involvement of the victims in the criminal proceedings. In this light, guidance can be sought from the working of the International Criminal Court (ICC) established in 2002 under the Rome Statute signed at the headquarters of the Food and Agriculture Organization of the United Nations in Rome on July 17, 1998. Although, India is not a party to the statute, the composition of the court vis-a-vis victim assumes significance. Under the Rome Statute, the role of victims has been elaborately explained by not only giving them the right to participate in the proceedings, but also a separate Victims and Witness Unit, Trust Fund for Victims, and Office of Public Counsel for Victims and recognition of their right to reparations.

The right to participate has been recognized under Article 68.3 of the Rome Statute, where the victims can present their views and concerns to the court where their personal interests have been affected. In a similar vein, there exists the right to reparation for the victims. Under Article 75.1 of the Statute, the court shall establish principles relating to reparations to or in respect of victims, including restitution, compensation, and rehabilitation. Further, the reparations are made through the Trust Fund under Article 79. The Trust Fund was established as an independent body to complement the court’s reparations function by collecting voluntary contributions, fines, and forfeitures, implementing reparation orders from the court, and using voluntary contributions to provide assistance to victims independently from the reparations process.

Going forward, the need of the hour is to highlight the emphasis on certain kinds of victims under Article 68, including children, elderly persons, persons with disabilities, and victims of sexual or gender violence in the municipal context by contextualizing the role played by the separate organs of the ICC such as the ones highlighted above that provide protective measures; counselling and other necessary assistance for the victims and witnesses who appear before the court and such protection is also extended to those who are related to such victims and witnesses.

To illustrate, to ensure the safety of the child witnesses and victims, the Rome Statute provides for various provisions that protect the interests of children. This responsibility is discharged by the Victims and Witnesses Unit as stated above whose role has been explained in detail under the ICC Statute. Some of such functions are to recommend to other organs of the court to adopt protection measures and to encourage the member states to do so; assist the child victims through physical and psychological assistance, to emphasize the significance of maintaining the confidentiality of the child victim’s correspondence by the investigators of the court and also by all the NGOs and inter-governmental organizations and to cooperate with states. The unit also must advise and assist such victims in testifying before the court.

—The writer is Assistant Professor at Jindal Global Law School, OP Jindal Global University, and holds an LL.M in International Human Rights Law from the University of Leeds