Free Speech and the Brandenburg Test

With Indian courts having to deal with cases involving freedom of speech and alleged acts of sedition, it is pertinent to examine the “Brandenburg Test”, a landmark principle based on the US Constitution. 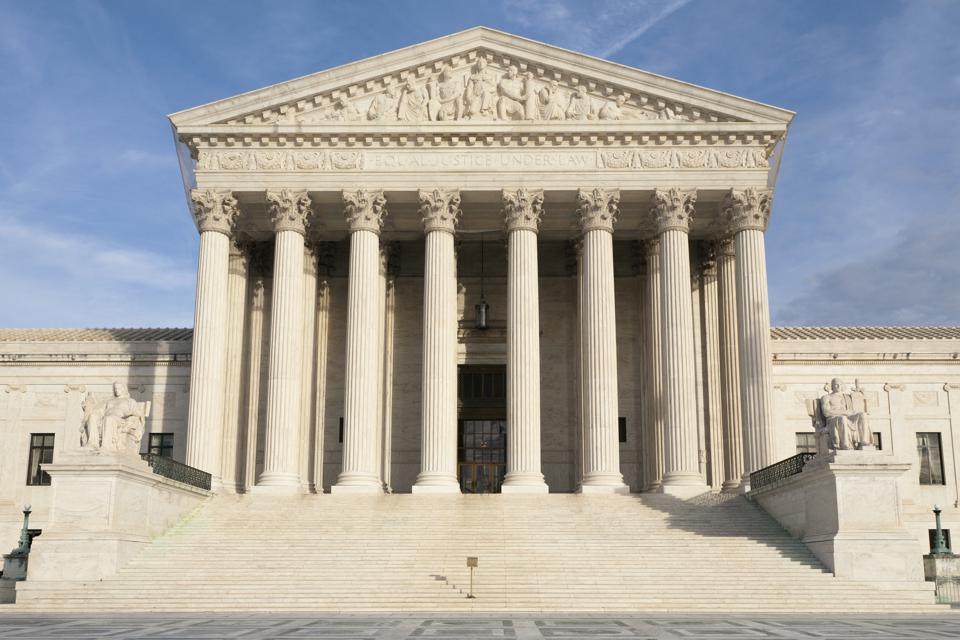 Courts in democracies the world over, including India’s Supreme Court, have based their decisions on free speech and “protected speech” on the Brandenburg Test. This refers to the US Supreme Court’s verdict in Brandenburg vs Ohio (1969) which had laid down the famous “Brandenburg Test” on the rights guaranteed by the First Amendment and the 14th Amendment to the American Constitution.

The First Amendment to the American Constitution states: “Congress shall make no law respecting an establishment of religion, or prohibiting the free exercise thereof; or abridging the freedom of speech, or of the press, or the right of the people peaceably to assemble, and to petition the Government for a redress of grievances.” The 14th Amendment gave it a broader context.

The recent cases in Indian courts dealing with freedom of speech or charges of sedition and inciting insurrection can be subjected to another test, to do with renowned jurist/justice Oliver Wendell Holmes Jr’s “Clear and Present Danger” principle. In Dennis vs United States (1951), the Court had added a further dimension to the “clear and present danger” doctrine to the effect that the danger which justifies government restriction of speech need not be “present” at all. In doing so, the Court held that the clear and present danger test required a court to ask whether the gravity of the “evil”, discounted by its improbability, justifies such invasion of free speech as is necessary to avoid the danger. In other words, the probability of the advocated danger occurring at some indefinite future time may be low, but if the gravity of the danger is great then the speech may be curtailed. The Dennis version of the “clear and present danger” test thus gave the government more powers and permitted broad speech restriction.

By 1957, however, in Yates vs United States, the Court held that mere advocacy of belief could not be made a crime. The Court reasoned that Dennis could not be read as obliterating the traditional distinction “between advocacy of abstract doctrine and advocacy of action”. Advocacy of the principle of violent overthrow, the Court indicated, was protected by the First Amendment, even if uttered with specific intent and hope to accomplish violent overthrow. Advocacy of “action for the accomplishment of forcible overthrow”, on the other hand, was not protected, even if the action advocated was to take place at an indefinite future time. The essential distinction made was that those to whom the advocacy is addressed must be urged to do something, now or in the future, rather than merely to believe in something.

In 1961 came the judgment of Noto vs United States. The Court felt that earlier judgments were actuated by a fear of invasion of Communist ideology and the First Amendment jurisprudence needed change and held thus: “the mere abstract teaching…of the moral propriety or even moral necessity for a resort to force and violence, is not the same as preparing a group for violent action

and steeling it to such action”. The Court was further of the view that “a statute which fails to draw this distinction impermissibly intrudes upon the freedoms guaranteed by the First and Fourteenth Amendments. It sweeps within its condemnation speech which our Constitution has immunized from governmental control”.

And then in the year 1969 came the case of Brandenburg vs Ohio. Putting earlier decisions relating to the First Amendment and the Fourteenth Amendment of the US Constitution into the melting pot, the US Supreme Court made a holistic attempt to delineate when the First Amendment protects advocacy of ideas or action, and when it does not. In Brandenburg, the Court stated in a unanimous opinion/judgment that the constitutional guarantees of free speech and free press do not permit a State to forbid or proscribe advocacy of the use of force or of law violation except where such advocacy is directed to inciting or producing imminent lawless action and is likely to incite or produce such action.

Thus was born the “Brandenburg Test” by which the Court established that speech advocating illegal conduct is protected under the First Amendment unless the speech is likely to incite “imminent lawless action”. Applying this test, the Court struck down Ohio’s Criminal Syndicalism Act as the Act, in the opinion of the Court, punished persons who only “advocate or teach the duty, necessity, or propriety” of violence “as a means of accomplishing industrial or political reform”; or who publish or circulate or display any book or paper containing such advocacy; or who “justify” the commission of violent acts “with intent to exemplify, spread or advocate the propriety of the doctrines of criminal syndicalism”; or who “voluntarily assemble” with a group formed “to teach or advocate the doctrines of criminal syndicalism”.

In the facts of the case, Clarence Brandenburg had addressed a small gathering of Ku Klux Klan members in a field in Hamilton County, Ohio. During the address, which was recorded by invited media representatives, Brandenburg bemoaned the fate of the “White Caucasian race” at the hands of the government. He made anti-Semitic and anti-black statements and alluded to the possibility of “revengeance” in the event that the federal government and Court continued to “suppress the white, Caucasian race.” He also announced that the Klan members were planning to march on Washington, DC, on Independence Day.

Brandenburg was convicted of violating Ohio’s Criminal Syndicalism law, which made it a crime to “advocate…the duty, necessity, or propriety of crime, sabotage, or unlawful methods of terrorism as a means of accomplishing industrial or political reform”. He was fined and sentenced to serve one to 10 years in prison. The Supreme Court overturned his conviction and acquitted him.

In so deciding, the Court specifically overruled Whitney vs California (1927), a case in which a woman had been convicted of belonging to a syndicalist organisation in violation of a California law. The Court, however, did not explicitly overrule Dennis vs United States (1951), which had upheld the convictions of Communist Party leaders even though the danger their speech posed was far from imminent.

The Court ruled that Hess’s profanity was protected under the “Brandenburg Test”, as the speech “amounted to nothing more than advocacy of illegal action at some indefinite future time”. The Court concluded that “since there was no evidence, or rational inference from the import of the language, that his words were intended to produce, and likely to produce, imminent disorder, those words could not be punished by the State on the ground that they had a ‘tendency to lead to violence’.”

In another case, NAACP vs Claiborne Hardware Co (1982), Charles Evers threatened violence against those who refused to boycott white businesses. The Supreme Court applied the “Brandenburg Test” and found that the speech was protected. The Court was at pains to hold “Strong and effective extemporaneous rhetoric cannot be nicely channeled in purely dulcet phrases. An advocate must be free to stimulate his audience with spontaneous and emotional appeals for unity and action in a common cause. When such appeals do not incite lawless action, they must be regarded as protected speech”.

In the case of Arup Bhuyan vs State of Assam (2011) and in the case of Indra Das vs State of Assam (2011), our Supreme Court has profitably quoted from the judgment of Brandenburg vs Ohio and has gone to the extent of even stating thus: “We respectfully agree with the above decisions, and are of the opinion that they apply to India too, as our fundamental rights are similar to the Bill of Rights in the U.S. Constitution.”

—The writer is Sr. Advocate, Supreme Court of India