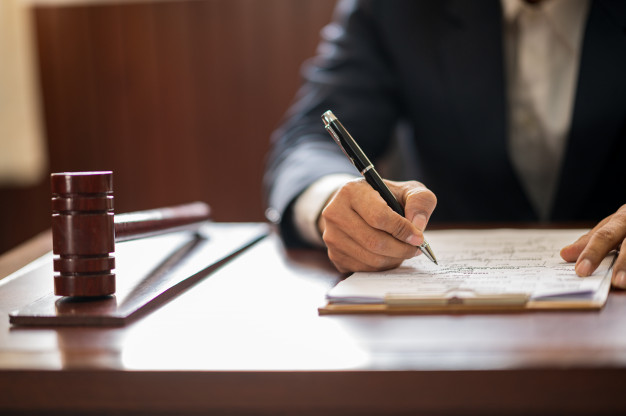 Our legislation, legal pleadings, documents, agreements, sale deeds, insurance contracts are lengthy, ridden with jargon and confusing. We in India must join the plain language movement.

“The sea is calm to-night,
The tide is full, the moon lies fair
Upon the straits;—on the French coast, the light gleams,
and is gone; the cliffs of England stand ….”

From the white cliffs of Dover, the gleaming lights of Calais are only twenty miles. Yet United Kingdom and France have followed widely different pathways of justice. Here we are not going to discuss the common law/civil law conundrum but the language of law.

It all began at Hastings in 1066, when Normans from France defeated England. William, the Conqueror, claimed the throne as King of England, to be crowned William I of England. And France well and truly began to colonise England. King William’s first task was to administer justice to the Anglo-Saxons. William’s followers became the new Norman ruling class and imposed their language, Old French, on the upper echelons of society. Anglo-Saxon dialects were supplanted by Normans in the royal court, aristocratic circles, the justice system, and the Church. Influential Norman settlers used their native language in daily life, but more modest rural and urban areas of society continued to speak varieties of English. Roman law written in Latin was imported, Old French became the language of the courts, while the populace was Anglo-Saxon. So judgments based on law in Latin, were written in Old French for people who understood only auld English. This made every pleading, document and judgment three times longer than necessary. French was a Roman language, similar to Italian, Spanish, and Portuguese, with no connection with Sanskrit. English was related to West Germanic tongues like Dutch, Swedish, Norwegian and Icelandic which are closely related to Sanskrit.

Three hundred years went by, Charles IV of France died without an heir. Edward III of England and Philip VI of France disputed the French throne. The Hundred Years’ War ensued. The war provoked further negative feelings of aversion towards French in England, as it came to be seen as the language of the enemy. English began to reassert itself as the language of government and learning after centuries as a language of low prestige.

In 1349, English became the language of instruction at the University of Oxford, which had taught in French or Latin. Henry IV was the first English king whose first language was English. One of the most renowned kings in English history, Henry V, led his troops to victory at the Battle of Agincourt (1415) and eventually secured full control of the French throne.

Henry V was the first king of England to use English in official documents. But, by then, lengthy, prosaic, long-winded, confusing judicial and legal language style had become too deeply ingrained. We use words like bailiff, plaintiff, mortgage, estoppel, torts, which are of French origin. This writing style is still with us.

It is now recognised by scholars the world over that the language of Chaucer, Shakespeare, and Dickens is wonderful for poetry, drama, and literature because English has incorporated thousands of beautiful French words. But French stems from Latin while English does not. This has made all the difference in the expression of legal ideas.

The delightful prose and poetry we love to read is not suitable for drafting laws, writing judgments, or legal briefs. Legal language should be plain and clear, easily understood, incapable of being misunderstood. Our legal pleadings, documents, agreements, sale deeds, insurance contracts are lengthy, ridden with jargon and confusing. A much better language for law is German which has Sanskrit roots.

The writer of judgments must aim at brevity, clarity and simplicity. The English speaking world is developing plain language for judicial and commercial work. We in India must join the plain language movement. Many people wonder why judgments of our courts are so prosaic.

It is time to get rid of confusion causing words, like notwithstanding, hereinafter, nevertheless, aforesaid, foregoing and so on. List of such words is endless.

A look at Section 5 of the Indian Income Tax Act is revealing as a sample of poor expression and extensive use of unattractive legalese. It is a challenging task to make any sense of it but tax officers and lawyers have no choice, they have to accept the word of law, even if it is is complicated. Section 5 is given below as an example of bad drafting and is reproduced in full:

5. (1) Subject to the provisions of this Act, the total income of any previous year of a person who is a resident includes all income from whatever source derived which—

(a) is received or is deemed to be received in India in such year by or on behalf of such person; or

(b) accrues or arises or is deemed to accrue or arise to him in India during such year; or

(c) accrues or arises to him outside India during such year:

Provided that, in the case of a person not ordinarily resident in India within the meaning of sub-section (6) of section 6, the income which accrues or arises to him outside India shall not be so included unless it is derived from a business controlled in or a profession set up in India.

(2) Subject to the provisions of this Act, the total income of any previous year of a person who is a non-resident includes all income from whatever source derived which—

(a) is received or is deemed to be received in India in such year by or on behalf of such person; or

(b) accrues or arises or is deemed to accrue or arise to him in India during such year.

Explanation 1—Income accruing or arising outside India shall not be deemed to be received in India within the meaning of this Section by reason only of the fact that it is taken into account in a balance sheet prepared in India.

An example of poor drafting is “The Right to Fair Compensation and Transparency in Land Acquisition, Rehabilitation and Resettlement Act, 2013.” It does not seem to have occurred to the draftsman to simply call the new legislation “Land Acquisition Act, 2013” instead of performing meaningless verbal gymnastics to give the new law such a long name.

On the other hand there is a delightful passage from a judgment of the late Justice VR Krishna Iyer, who had a phenomenal vocabulary but was master of plain English. Here is an example of a clear and simple judgment:

“Four brothers, members of a coparcenery, partitioned their family properties, leaving in common a large house in the occupation of their mother. The eldest, who is respondent before us, sold his own house at a price sufficient to attract handsome capital gains tax, but he pre-empted the demand for tax by acquiring the common house from his three brothers who executed three release deeds for consideration. We find no reason to divorce the ordinary meaning of the word “purchase” as buying for a price or equivalent of price by payment in kind or adjustment towards an old debt or for other monetary consideration from the legal meaning of that word. If you sell your house and make a profit, pay Caesar what is due to him. But if you buy or build another subject to the conditions you are exempt. The purpose is plain; the symmetry is simple, the language is plain. Why mutilate the meaning by lexical legalism.” (extracted from CIT vs TN Arvinda Reddy (1979.)

We must find simple ways to express complicated legal propositions. This requires us to write simply, without use of jargon or Latin phrases like prima facie, bona fide, ex parte etc. Use of Latin maxims must be discouraged.

We must start judicial work in regional languages which are the languages spoken by the lay people of the region where the courts are located. But we continue to hand down judgments, and orders in chaste, profound English which ordinary citizens do not understand, and don’t care about, as the language is alien to them. For them things continue as if the British administrators were still ruling us.

During colonial times, language of the administration, land revenue and police work was Persian written in the Urdu script. This has not changed. We still come across words like mudaee, istigasa, malkan, kabza, dastavez, etc. In most states, the language remains the same but is written in the local language in Punjabi or Hindi scripts. No real effort has been made to introduce regional languages for official work.

Judgments are not literary works, competing for the Booker Prize. Judges perform the simple duty of determining the issues between the parties, based on the facts of the case, and the application of law on the subject. Their judgments must be short, sweet and precise, expressed in language understood by the ordinary folk.

Did you find apk for android? You can find new Free Android Games and apps.
Share
Facebook
Twitter
Pinterest
WhatsApp
Previous articleSupreme Court rules Arnab will not be arrested till case is on in HC; even in case of adverse order, will not be arrested for 4 more weeks [Read Judgment]
Next articleMehbooba’s daughter claims her mother has again been put under house detention