Galwan and after: Tackling a treacherous dragon

Though the Chinese president spoke of peace and tranquillity with India, his actions belie this. The slyness shown by China should make India change its policies and defence preparedness. 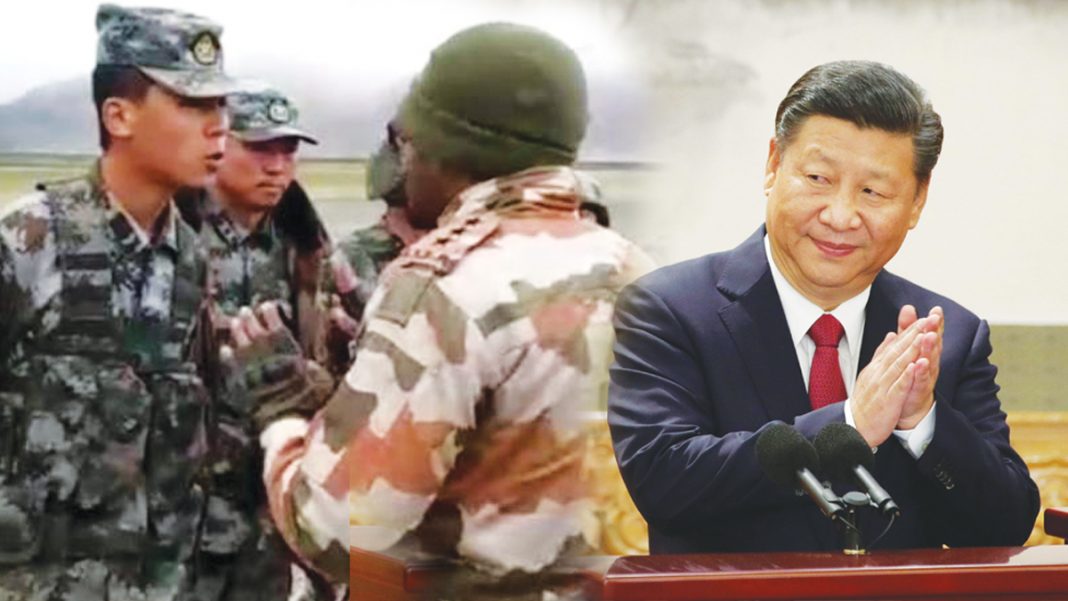 The recent statements of Chinese President Xi Jinping to usher in peace and tranquillity between India and China has led to amused disbelief, and brought back echoes of the Hindi-Chini Bhai Bhai slogan, which was uttered by Chinese PM Zhou En Lai when he visited India in 1955. The present conflict between both countries is related to China attempting to keep India away from the all-weather highway which goes from Xinjiang in China to Tibet, connected through Galwan Valley.

The Valley refers to the land between rugged mountains on either side of Galwan River. The source of the river is in Aksai Chin on the Chinese side of the Line of Actual Control (LAC). It flows from the East into Ladakh to meet Shyok River on the Indian side of the LAC. Aksai Chin, which is under the control of China, is part of the Xinjiang-Ughiyar autonomous region. The eastern edge of the river lies close to the vital Xinjiang-Tibet road, now called G219 highway.

In the beginning of May 2020, there were aggressive clashes between Indian and Chinese troops near the disputed Pangong Lake and the Tibetan Autonomous Region (TAR) and along the Sikkim and TAR border. Some clashes were also noticed in eastern Ladakh along the LAC.

Meanwhile, the Chinese also started objecting to massive Indian road construction by the Border Roads Organisation. Both sides agreed to vacate certain areas on both sides, and on June 15, Col Suresh Babu and his men of the Bihar Regiment went to observe certain claims of vacation by the Chinese. They were attacked in large numbers and Col Babu and 20 soldiers were martyred, while the Chinese lost at least 45 soldiers.

Thereafter, partial disengagement from Galwan, Gogra and Hot Springs took place by July 2020, and substantial disengagement from the north and south bank of Pangong Lake took place by February 2021. Unfortunately, the Indian side too vacated tactically advantageous positions in South of Pangong, which the Indian Army had occupied between August 29-30, 2020. These included Magar Hill, Gurung Hill, Rechen La, Rezang La and Mokhpari. During this stand-off, both sides had undertaken massive infrastructural development programmes. But the Chinese have been upset with the road constructed by Indians—the Darbuk-Shyok-Daulat Beg Oldi (DBO).

Since then, a number of peace-building steps are being suggested as usual by the Chinese and accepted by India. These include senior-to middle-level army officers’ talks, special representative meetings and meetings of Working Mechanism for Consultation and Co­ordination on China-India Border Affairs. These were followed by meetings and communications between the defence and external affairs ministers and special corp commanders.

In spite of all these mechanisms, China is not ready to discuss the issue of vacating from Depsang, Demchok, Hot Springs, Gogra and areas around DBO. In fact, as per the latest info, the Chinese are again consolidating the weaponisation of these areas. Not only have the ground positions of the Chinese Army gone in for massive development programmes, China has started large-scale improvement of its existing air fields by adding more runways, radar and air defence missiles, reinforced aircraft pens, underground storage and tunnelling systems and weapon and storage facilities that are well-connected by road and rail. The eight air fields extending from north of Aksai Chin to east of Arunachal are Kashgar, Tashkorgan, Hotan, Ngari Gunsa, Tingri, Damxung, Lhasa and Bangda.

The Galwan incident reveals that India’s higher defence management is yet to organise its intelligence gathering and assessment capability to prevent any threat to national interests. This is not a recent happening. While China often catches India on the back foot, India did learn to pay it back after the infamous 1962 incident. That defeat woke the nation up and with foreign help India was able to overcome its shortcomings, as was seen in later wars in 1965 and 1971.

However, on the Chinese border, we ignored infrastructural and ground communications development like roads and rail systems and from 1967, we had a number of confrontations. Besides the lack of infrastructure, the Indian Army faced many misunderstandings with the ministry of defence on the aspect of Rules of Engagement.

The confrontation at Nathu La in 1967 saw a very offensive stand taken by Indian General Sagat Singh Rathore, who contrary to the wishes of the government, opened artillery on the intruding Chinese, killing 460 of them. This was followed by the Sumdorong Chu incident in 1986 where Gen Sundarji objected to the Chinese occupying an Indian post against the wishes of the Rajiv Gandhi’s government who wanted to take a conciliatory stand against the Chinese. The general flew in a brigade strength of troops to drive out the Chinese in an operation named Ops Falcon, much to the chagrin of the bureaucracy who even refused to officially recognise it. From then onwards, the Indian Army decided to give the Chinese a bloody nose and got many chances to do so.

Coming to 2017, there was a major face-off for 72 days between the two forces at Doklam, and the Chinese, deeming discretion being the better part of valour, retreated. The main highlight here was the tough stand of the Indian forces, but more importantly, the Indian government was firmly behind the military leadership.

Coming to present times, matters have changed hugely, especially China’s economic clout—its GDP is $24 trillion as compared to India’s $2.9 trillion. China is far ahead of India in the industrial, technological and military sphere, as was evident not only in the Ladakh sector, but in the offensive and expansionist activities by it in the South China Sea.

During the recent G-7 meet, the US started a Build Back Better project to tackle China’s Belt and Road Initiative. India will take some more time to build its defence indigenisation capabilities at par with China. In the meantime, it will have to change its policy of non-alignment and join a strategic alliance dealing with the military threat to member countries.

The major lessons learnt after Galwan could be: