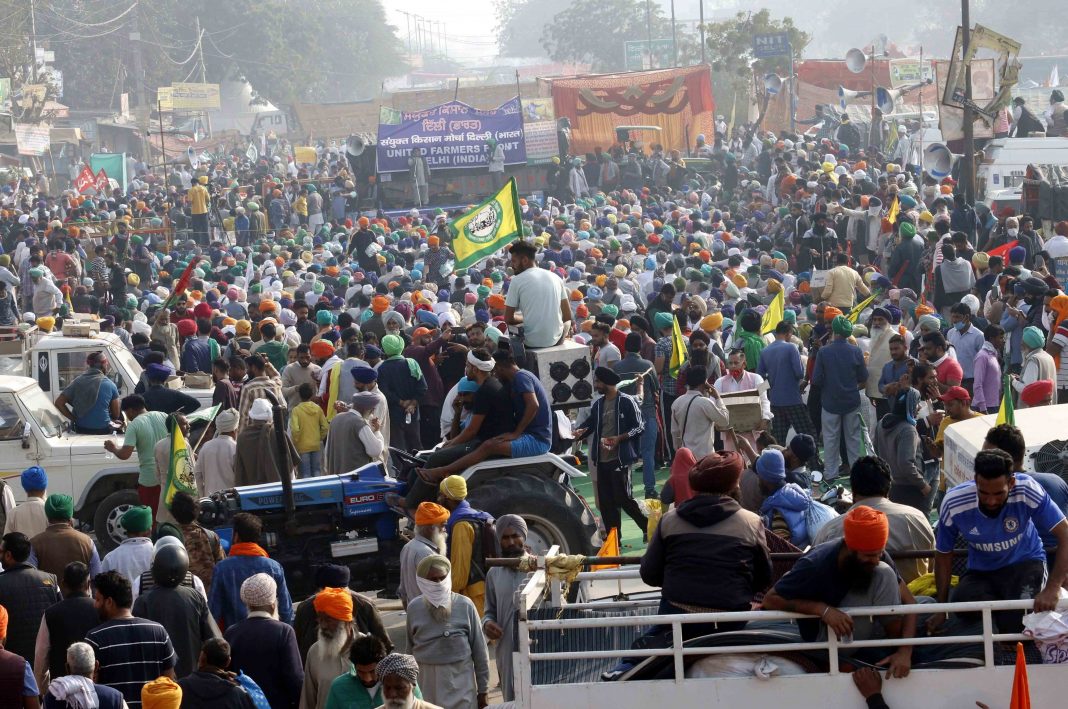 As protests subsume India, the above question is being increasingly asked. While we are a democracy, we haven’t got it right as critics are put in detention, dissent silenced and majoritarian tactics used.

On any given day, one reads about protests raging and about how democracy is being compromised in the country. Whether the issue is Kashmir, the Citizenship (Amendment) Act, the Bihar election outcome or farm bills, there is a growing unease that all is not well. This is often followed by a sense of utter helplessness.

Democracy—that holy grail that we guard so fiercely and impose on countries so vigorously—what is it exactly and why do we hold it so dear? A quick look at history reveals that in ancient Athens (6th century BC) where it evolved, it was quite literally a government “for the people by the people” (demos means people and kratos is power). Every position was available to citizens via a lottery. They held these jobs for a year only, so over time, every capable person was involved in governing some part of their ecosystem.

There were other ideas regarding democracy too Pericles, the famous Greek general, believed that certain leaders could be outstanding and hence, better suited for certain leadership roles, and Plato and Aristotle had little faith in a lottery. They felt that a few good people should rule, some label these as “selected oppressors”.

Prior to the writing of the Magna Carta of 1215, India’s Chola kingdom had an organised three tier democracy, the details of which are even inscribed on temple walls. With transparency and accountability built in, power remained with the people to replace leaders who failed to measure up.

Jean-Jacques Rousseau, in The Social Contract (1762), strongly believed that all people should have equality and freedom by a legitimate contract; that any form of representation or handing over of power was incompatible with true direct democracy. This philosophy of pure participative democracy, although practised till today in towns of Switzerland, and reinvented to include modern technology, rapidly becomes unwieldy when applied to large numbers.

Later on, revolutionary socialist thinker Karl Marx (1850s) emerged with his idea of political rights alone being insufficient. People needed social and economic rights too in an essentially participative democracy.

Lenin in Russia became politically radicalised after his older brother was executed in 1887 for plotting to assassinate Czar Alexander III. He was then expelled from Kazan Imperial University for an illegal student protest. Lenin read radical political literature, including the writings of Karl Marx, author of Das Kapital.

In 1917, the Russian Revolution was already beginning. Strikes over food shortages in March had forced the abdication of the inept Czar, and Lenin began plotting an overthrow of the “dictatorship of the bourgeoisie”. He advocated direct rule by the workers a “dictatorship of the proletariat”. He decided to seize power secretly by organising peasants into Red Guards a volunteer paramilitary force.

In 1917, the Red Guards captured provisional government buildings in a bloodless coup d’état. The Bolsheviks seized power and proclaimed Soviet rule, making Lenin the leader of the world’s first communist state. Despite his intentions to implement democracy, this didn’t happen.

In the book The Civic Culture, Professors Sidney Verba and Gabriel Almond speak of how the collective should be governed with rules to apply, that citizens can and should speak up, and that the government of the day ought to be able to share power with those who disagree with them. More educated people want more freedom vis-a-vis the government and they tend to be more tolerant.

As opposed to democracy, there are “mobocracies”. The term has been ban died about of late in editorials that speak about why the government should not yield to any protests.

One of the earliest mobocracies was the French Revolution of 1789. This led to many unnecessary deaths and the bid of the revolutionists for liberty, equality and fraternity was modelled on their success with assisting in the American Revolution.

As writer and Professor Simon Schama puts it, the French had no political system in place, and invented one. This is in line with the views expressed in the 1700s by Edmund Burke, the Anglo-Irish statesman and philosopher, when considering revolutionary France and its attempt at democracy.

Drawing on the writings of Aristotle, Burke had asked what the real difference was between monarchy and democracy: “Of this I am certain, that in a democracy, the majority of its citizens is capable of exercising the most cruel oppressions upon the minority, whenever strong divisions prevail in that kind of policy, as they often must.” However, Burke was convinced that nothing was quite as oppressive as a democracy armed with self-righteous fury at all who oppose the will of the majority.

Professor Verba has stated that the greatest threat to a civic culture is ethnic conflicts, not terror, as is often cited. Terror is an irrational fear often introduced by governments to take away civil liberties, Northern Ireland being a case in point. (More recently, fear of a virus has served the same purpose.) There is a difference between an indiscriminate attack and violent subversion against a government. However, ethnic conflicts can tear a nation apart.

Although the term sounds good in principle, true democracies are not always quite so rosy. When Pontius Pilate found Jesus Christ was not guilty, he was handed over to the people who convicted him, a truly democratic outcome, but not a just one. The English Civil War in which Charles I was executed was a class struggle between the Roundheads and the Royalists.

Coming to India, our forefathers intended for us a democracy as they understood it a representative liberal nation with universal suffrage for a population that had been subjects for too long. While there were those who warned Prime Minister Jawaharlal Nehru and others to wait for certain parameters to be fulfilled before taking these steps, he did not do so.

Nehru was validating Immanuel Kant: “Freedom is the precondition for acquiring the maturity for freedom, not a gift to be granted when such freedom is achieved.” India’s founders saw democratisation as a form of education.

We are the world’s largest democracy, but as Indira Gandhi put it, regional loyalties would explode if suppressed and for democracy to work in India, people need to feel they have a voice; and it is likely to run better if they are participants.

As author Madhav Khosla said in a recent interview with Professor Shruti Rajagopalan, the combination of centralism and localism in India makes people see each other as citizens beneath a common umbrella. In this sense, the idea of a state—just like the idea of a common set of rules or citizenship unmediated by identity—are all ways to make Indians embrace new forms of knowledge and understanding.

Ultimately, a democracy thrives on cleavage that is, not everyone agreeing. For a government to succeed, a balance is needed between cleavage and cooperation. In India, we have institutionalised cleavage, a delicate balance, indeed.

So, having read all of the above, it comes down to one question: Is India a democracy or a mobocracy? We are a democracy as we have proper elections and we protest peacefully. We are not looting/pillaging/causing mayhem. We are not a mobocracy passing judgement on anyone.

Have we got democracy right? No, not really. We undermine democracy by putting critics in detention, silencing dissent, passing Bills without debate, disallowing inter-religious marriages, using majoritarian tactics and playing the very dangerous religion (ethnic) card.

Could we still get it right? Absolutely. Our country needs a fresh start. We need proper political education in schools. We cannot have politicians who start their careers by borrowing large sums just to be permitted to stand for election, as they then spend years getting back that money by fair and foul means. Their focus is on anything but the country.

We need people who enter politics with a clean image and rise above self-centred agendas, think about the country and not themselves, and play the long game; release all their worst critics, engage with them even. They need to debate issues and take on board good suggestions. A democracy is about moving the country forward, not a single party.

Looking ahead, it is problematic when people disenfranchise themselves because organised interest groups take over, leaving a national voter turnout of approximately 30 percent of the electorate. Then, say, 18 percent would decide who runs the country.

The late Tony Benn, Labour MP and propagator of the Peers Bill that permitted him to renounce his title, had five questions for anyone who considered himself powerful. Our democratically elected representatives would do well to ask themselves these every day: What power do you have, where did you get it, in whose interest do you exercise it, to whom are you accountable and how can we get rid of you?

—The writer is Barrister-at-Law, Honourable Society of Lincoln’s Inn, UK, and a leading advocate in Chennai. With research assistance by Praveen PK and inputs from the BBC

Did you find apk for android? You can find new Free Android Games and apps.
Share
Facebook
Twitter
Pinterest
WhatsApp
Previous articleMadhya Pradesh HC seeks reply from state govt on merger of Kolar civic body with Bhopal corporation
Next articleFunding lawsuits: For a piece of justice