Approximately 22,500 Indian students were evacuated from Ukraine by the Government of India. Now, some of those students have approached the Supreme Court seeking formulation of a policy as a special measure to enable the Indian medical students who were studying in Ukraine to continue their medical education. 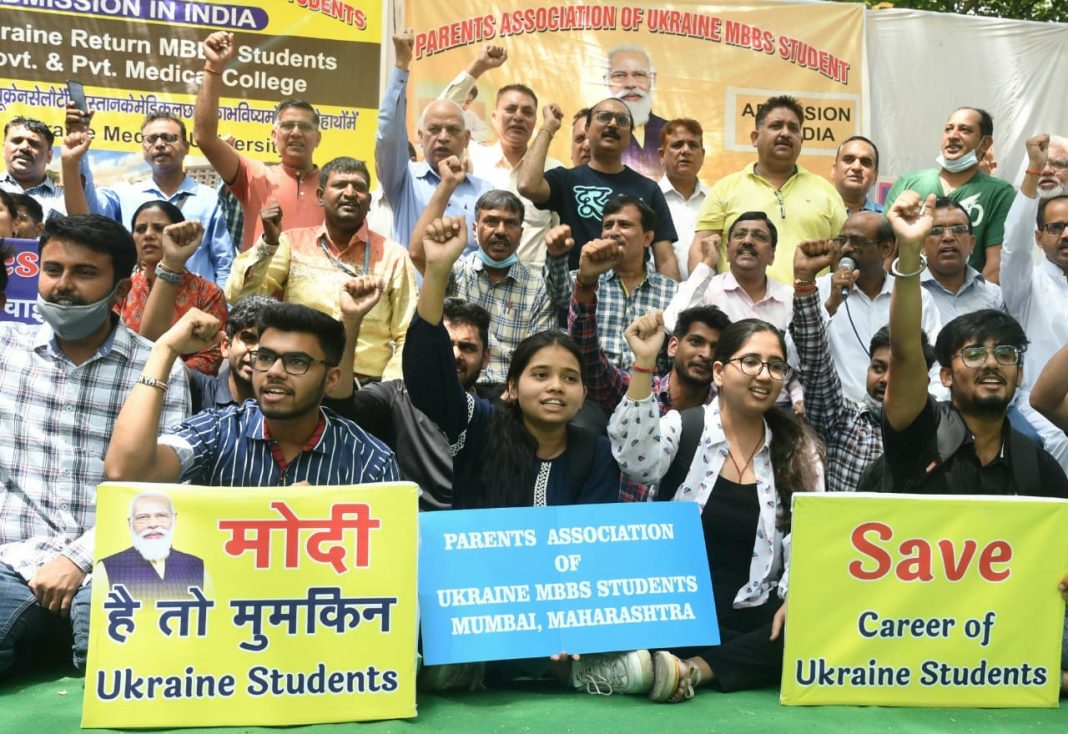 The invasion of Ukraine by Russia brought to the fore a completely unexpected angle as far as some of us were concerned—the fact that Indian students form the majority of international students living there, and the sheer number of medical students in particular.

According to BBC, Ukraine was home to over 76,000 foreign students, according to government data from 2020. Nearly a quarter of the students were from Africa, and India accounts for the highest portion with over 20,000 students studying medicine, engineering and business—and an important part of the country’s economy.

Traditionally, the Indian diaspora is an important part of India’s “soft diplomacy”. It is said to have played a critical role in the Indo-US Nuclear deal. They also remit money back to India, and hence contribute to the growth of the country. The diaspora has ensured that India is well-known and well-regarded across the world.

This is not to say a diaspora in general, and the Indian diaspora in particular have been all positive…there has been support rendered to questionable groups, movements and fundamentalist/extremist parties.

Nevertheless, the diaspora is undeniably an important part of our extended networks/reach across the globe. Whether one can call the students temporarily studying in a foreign country a formal part of the diaspora is arguable, but nevertheless—they are Indians abroad who represent India. Hence to hear stories of how they were stranded, not given sufficient warning, treated badly by authorities and so on was upsetting to say the least, and it was tragic to hear of the student who died when he stepped out to buy food.

Many of the international governments like African and Eastern Europe have asked students to stay back in their home countries now and have been offered fees at the same rate as what they were paying in Ukraine and the option of completing their studies from where they left off. For Indian students, Ukraine is a popular destination after China and the Philippines for medicine. Under the present Indian medical education rules, if one wants to shift degrees from a foreign university to India, the only way to continue education is to start over from the beginning of the course. The evacuee students are in a state of despair.

In March, as per the National Medical Commission’s circular, it now allows payment of a stipend to those who completed the Foreign Medical Graduate Exam in India so that they can complete the remaining part of their internship in India. However, as Dr Rohan Krishnan from ESIC Hospital explained: “The circular has no bearing on medical students who have come from Ukraine right now. Many students are in the second, third or fourth year of studies and have not completed their degree yet. To qualify for the stipend, one has to complete the degree, appear for the exam, qualify and then get the internship.”

Students have recently filed a Public Interest Litigation in the Delhi High court by the Pravasi Legal Cell in order to protect their future education. This brings to light the onerous Foreign Medical Graduate Licentiate Regulations, 2021, of the National Medical Commission in India.

In the case of Mandapakala Jyothsna Bhargavi & Ors vs Union of India & Ors, students have approached the Supreme Court seeking formulation of policy by the Union as a special measure to enable the Indian medical students who were studying in Ukraine to continue their medical education. It has been stated in the writ that their parents had mortgaged their properties hoping for the bright future of their children, but in the present scenario, there is a roadblock to their careers and the parents have to pay interest on the loan amounts. The petitioners have further stated that under the present rules, there is no recourse for students, pursuing education abroad if they wish to discontinue their education at foreign land and return to India.

The Attorney General for India, KK Venugopal, submitted that 22,500 Indian students have been evacuated from Ukraine by the Government of India along with nationals from 20 other countries. With regard to the issue of continuation of education of students who have been brought back owing to the Russia-Ukraine conflict, Venugopal submitted that the Government of India is looking into the issue and will take a decision.

So, what is the need of the hour for these students caught in limbo?

In accordance with Article 21 of our Constitution, equality and personal liberty and the right to education are given the utmost priority—the students should be entitled to their right to continue their education. The chief ministers and education ministers of each state should allot the affected students with special dispensation. The documentation should be minimal and all to be done online ideally via a specific portal. Eastern European countries with courses similar to Ukraine could be an option. Foreign minister S Jaishankar told the Lok Sabha that talks are on in this regard to facilitate ongoing education for evacuated students.

Countries across the world are and should be ensuring that education is safeguarded. It has already taken a hit with the pandemic, and to make students suffer more would be like sounding the death knell for many.

The United Nations Children’s Fund (UNICEF) has come forward with programmes like USAID Education in Crisis and Conflict Network (ECCN) to help reduce the adverse impact on education. A similar set of responses is urgently needed. If the UN and international organisations can get governments collaborating with educational institutions for the exchange and transfer of students, then students can continue with their lives in a relatively undisturbed manner—and with their lives thereafter.

One hopes the government takes cognizance of these returnees, and gives them a smooth journey ahead such that they wish to stay on in India and practise their noble professions.

The writer is a barrister-at-law, Honourable Society of Lincoln’s Inn, UK, and a leading advocate in Chennai. With research assistance by Jumanah Kader