Judicial appointments: Ironing out the creases 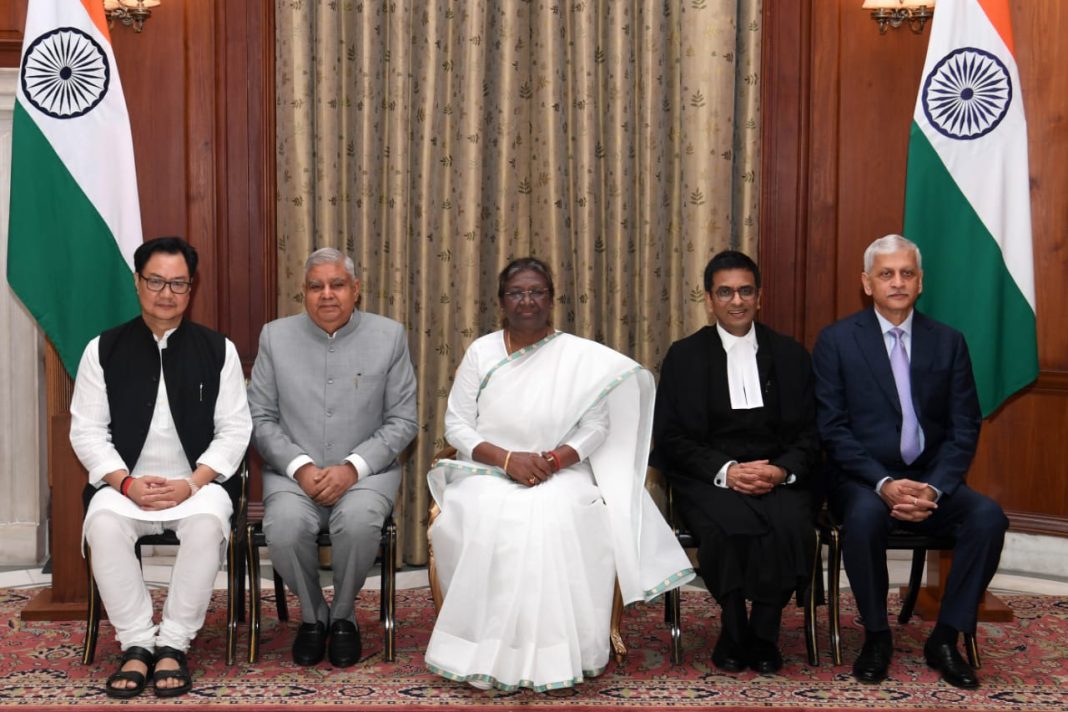 Chief Justice John Marshall, a celebrated US judge, said “What is it that makes us trust our judges? Their independence in office and manner of appointment.”1

Indubitably, access to justice is one of the basic democratic rights of the people and the trust of the people on the judges and judicial system is paramount as no democracy or nation can survive once trust on judges is eroded and access to justice is impaired and that trust per se is directly proportional to “their independence in office and manner of appointment.” Any attempt, even slightly, from any quarter, be it the Government,to interfere with the independence of the judiciary shall mar the trust of “We the people” which was conferred by the Constitution for the people. The independence of judges and manner of their appointment are being debated among all its stakeholders inter alia the Judiciary, Governments, the Bar, intelligentsia of the country and the consumer of the judicial system.

Of late, the issue has further taken a sharp contrast when the Law Minister, Kiren Rijiju, said, “Nowhere else in the world do judges appoint judges”2 whereas per contra newly appointed Chief Justice of India Justice D.Y. Chandrachud emphasized, “no constitutional institution or model is perfect. We need to strengthen the collegium system by ironing out the creases and by being responsive to criticism. A consulting judge will recommend only those whom he knows. The fittest of candidates should be elevated as judges, not the person whom the consulting judge knows.”3

Access to justice is not only a fundamental right of every citizen but it is embedded threadbare in every provision of the Constitution of India right from the Preamble of the Constitution and particularly under Article 226 and Article 32. The selection of the best suitable and deserving judges in Supreme Court of India and High Courts in India is one of the facets of that right to access to justice as the public deserve the best suitable judge to render quality justice fearlessly and impartially which is not mere a formality but a constitutional command to establish the rule of law.

“We the people of India” are more concerned with impartial and fearless delivery of justice by competent judges rather than the manner of appointment of judges. The appointment of Justice V.R. Krishna Iyer was by the Government of pre-Collegium era, but his appointment was never in question as he performed beyond all expectations. But per contra in emergency era Justice A.N. Ray was elevated and appointed as the Chief Justice of India on April 25, 1973 by the Central Government, superseding three senior-most judges of the Supreme Court, Justice J.M. Shelat, Justice A.N. Grover and Justice K. S. Hegde only because, coincidentally, Justice A.N.Ray rendered minority judgement in Kesavananda Bharti4 which suited the Central Government of the time. This superseding of judges by the Government was viewed as an attack on the independence of the Judiciary. Irony is that now again Law Minister Kiren Rijiju says, “nowhere else in the world do judges appoint judges”5, and ipso facto the Central Government is advocating against Collegium System and wants to usurp selection process for appointment of judges and even came out unsuccessfully with the NJAC Act 2014 which was declared ultra vires of the Constitution by the Supreme Court in SCAORA Vs UOI.6 No system of judicial appointment is erroneous till independence, integrity, impartiality, fearlessness, and competence of the judge and Court qua an institution qua one of three organs of the Government under the Constitution is maintained. These five ingredients of the post of a judge must be sine qua non objective of ironing out creases in the judicial appointment in the higher judiciary.

S.P. Gupta Vs Union of India7 was the first case of one of the four cases known as ‘Judge case or Judges Appointment cases’ where the issue under challenge was the independence of the judiciary as envisaged by the Constitution pursuant to a letter dated 18.03.1981 issued by the Government of India requesting for consent of all Additional Judges to name two or three High Courts other than High Courts where they were posted for their appointment as permanent judges as the intention of the Government was that not more than one-third of judges in a high court must not be local and this thought per se was taken as an affront against the independence of the judiciary and that S.P. Gupta case for the first time conceived, deliberated and suggested a collegium of Judges for scrutinising the candidature and recommending to the President for appointment of judges in High Courts and the Supreme Court. The Constitution Bench of seven judges of the Supreme Court speaking through Justice P.N. Bhagwati, who himself was the product of the pre-collegium judicial appointment system, propounded, “We would rather suggest that there must be a collegium to make recommendation to the President in regard to appointment of a Supreme Court or High Court Judge… If the collegium is composed of persons who are expected to have knowledge of the persons who may be fit for appointment on the Bench and of qualities required for appointment and this last requirement is absolutely essential — it would go a long way towards securing the right kind of Judges, who would be truly independent in the sense we have indicated above and who would invest the judicial process with significance and meaning for the deprived and exploited sections of humanity.”8 Since then three more cases on Judicial Appointment namely Advocate On Record Association Vs. Union of India9, In re Special Reference No. 1 of 199810 and National Judicial Appointment Commission (NJAC) Case11 which in unequivocal terms further fortified the Collegium System for the independence of Judiciary by interpreting the “consultation with the Chief Justice” as enshrined under Article 217 of the Constitution of India as “meaningful, purposeful, result oriented and of substance and mandatory” which is per se a law declared by the  Supreme Court under Article 141 of the Constitution of India. In Shamsher Singh12, the Supreme Court held: “Primacy of judiciary in appointment of judges is such a core function or power central which cannot be impinged upon by the executive or legislature.” As per the Constitution, the judiciary is the final arbiter and interpreter of the Constitution. When a Collegium system is already in place by virtue of the law declared under Article 141 to scrutinise the candidature and recommend for judicial appointment to the President of India then why is the Government so restless to change the hands?

The Government and the Collegium

The Supreme Court declares the law that collegium is the body to securing the right kind of Judges. But per contra, the Government enacted the NJAC Act,2014 by which political members, “the Union Minister of Law and Justice, two eminent persons to be nominated by a committee of the Prime Minister of India, and the Leader of the Opposition in the House of the People, or if there is no Leader of the Opposition, then the Leader of the single largest Opposition Party in the House of the People (LoP)” 13 was added in the NJAC where as per contra an act of scrutinising and recommending a candidate is professional work of experts. Without even an iota of doubt, judges in the Collegium are the experts and professionals to select the right candidate. Nonetheless, the Government does not challenge any of the four-judge cases in court and rather it was a party in all Judges Appointment cases, but it makes a public statement that judges are laden with cases and the appointment of judges is an executive function and not the function of judiciary. Whether this is not mere “grandstanding” of the government? The preceding unfolding of umpteen events through media by which we, the people, may easily infer that even in the present Collegium system of appointment of judges government plays its role passively to execute its policy in myriad ways including post-retiral appointment, holding an appointment on one excuse or another such as an adverse intelligence report for no plausible reason in the eyes of the law and clearing of appointment of likes. In fact, this is an unholy attempt for indirect entry of the Executive into the affairs of the Judiciary which would have far reaching consequences. If the Government is so bonafide why does it not supply the deficit of the sanctioned strength of judges? The Supreme Court has questioned time and again this modus operandi of the government and recently Justice Sanjay Kishan Kaul has issued notice on holding of appointment by the Government.14

Creases of the Collegium system

The new Chief Justice of India, Justice D.Y. Chandrachud, who has two more years in Collegium, may consider some of the creases of the Collegium system enumerated herein after for ironing out for optimising the trust of the people, even if it is a toughest & thankless sort of job15, as said by former US President F.D Roosevelt.

-Advocate Manoj K. Srivastwa is an Advocate-on-Record at the Supreme Court of India