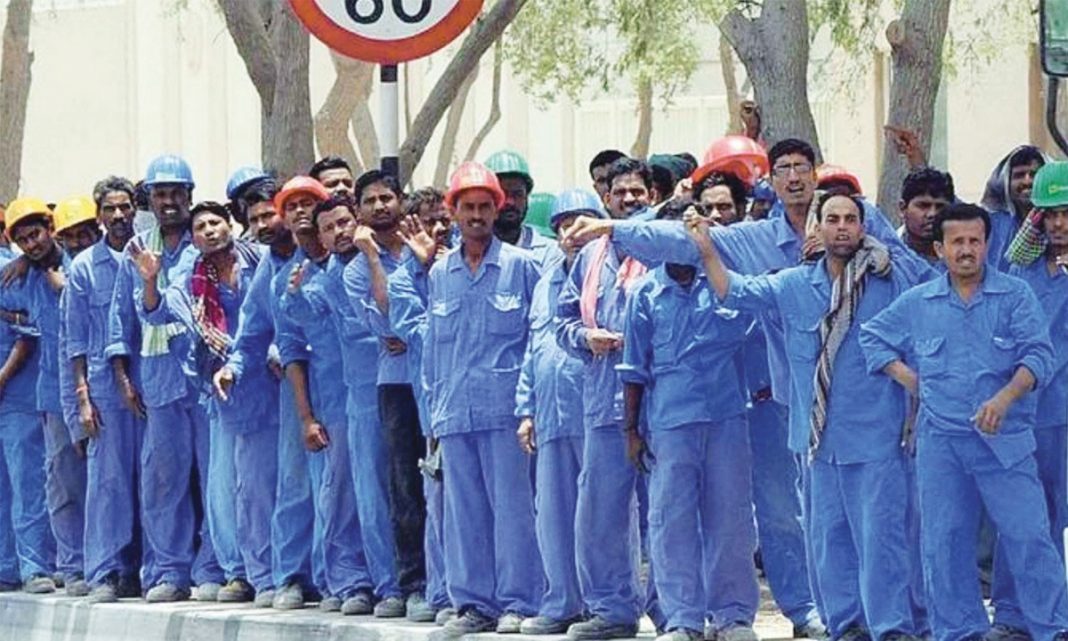 In a sign of ominous times, the government is reforming labour laws with increased deregulation, weakening of unions and more working hours, but this will not create growth or lead to better productivity.

THE unplanned Covid-19 lockdown has done irreparable damage to the Indian economy, resulting in a 23 percent contraction of gross domestic product (GDP).

At a time when community level transmission is rapidly increasing in the country, livelihood losses and unemployment continue to haunt informal and migrant workers.

According to a recent survey of Action Aid India (2020) which we conducted, 78 percent of migrant and informal workers experienced livelihood losses and remained unemployed, with 5 percent reeling under acute indebtedness. Instead of focusing policy attention on expanding social safety nets and providing wage subsidies and credits to small and medium scale industries that provide employment to 244 million workers, heavyweight labour law reforms have been rolled out by states which the Union government otherwise shied away from.

These state-level amendments and employers’ demands for “nationalising” a 72-hour work week violate the cardinal principle of a 48-hour work week, as mentioned in ILO Conventions C001 and C1919 (Shyam Sundar and Sapkal, 2020). In all these states, work hours have been officially extended through an ordinance with a mandated increase in the overtime pay, except in Gujarat.

On July 20, 2020, the Department of Labour, Gujarat, increased daily working hours from nine to 12, and required employers to pay overtime at a rate proportionate to the ordinary rate of wages, instead of what was mandated by Section 59 of the Act. They justified it saying that the “lockdown caused a slowdown in economic activities, leading to an ‘internal disturbance’ in the State within the meaning of Section 5”, and required urgent measures to protect its financial health.

This implied externalising the cost of profit on workers by normalising their exploitation through denial of legal wages. This is a gross violation of labour rights that workers have achieved.

Two trade unions took this matter to the Supreme Court in August. Subsequently, the Court on October 1 quashed the Gujarat government’s notifications granting temporary “relaxations” to employers on certain conditions related to working hours and payment of wages under the Factories Act, 1948, on the ground of violation of Articles 21 and 23 of the Constitution. An attempt to revive the economy through anti-labour policy changes has attracted serious questions about the viability of those state growth models.

Since 2004, UPA I and II also tried to implement labour reforms, but they baulked in the face of political opposition (Dr Anamitra Roychowdhury, Assistant Professor, JNU, in 2015). However, from 2014 onwards, NDA I and II have been more bold in reforming labour laws. They were expected to spur a major economic growth with the much-lauded claim that it would benefit labourers. The general direction of the reforms is clear increased deregulation and informalisation, weakening of unions, greater rights of management to control the size of the workforce as it sees fit and more working hours.

Labour unions and activists see these reforms as the most serious attack on their rights for generations. In the initial phase of deregulation of essential labour laws around 2008-09, Gujarat did experience high levels of economic growth. But not as high as neighbouring Maharashtra, which did not follow a similar extreme deregulation strategy.

Read Also: New labour code on Social Security has not been able to address overlapping definitions

In Figures 1 (A) and (B), one can see the gap between labour productivity and real wages in Gujarat and Maharashtra. Gujarat’s trend of labour productivity is increasing, but it is not converging with the growth rate of real wages, implying that workers are paid less than their actual work productivity. This means that over the said period, the achieved labour productivity growth was not paid in the form of wages and workers did not receive their fair share of the produced wealth in the state.

On the contrary, in Figure 1 (B), Maharashtra, which is also a developed state with a higher GDP, did not witness any derailing of labour productivity and real wage gap. Instead, labour’s share of wages in value added was much higher than the productivity, implying that workers had significantly better share in the produced wealth.

The decoupling of wages from productivity is a serious concern for overall development and decent work. This is not only deeply unjust, but economically detrimental as growth remains behind its potential. Labour income remains the main source of income for households and private consumption makes up the largest part of aggregate demand. Real wages falling behind productivity growth means that wage incomes do not grow and consequently, consumption does not grow. This depresses demand prospects, which also determines investment. Depressed wages do not provide an incentive for investments in technology and thus, can hamper future productivity growth. For transformation economies, as we aim for promoting ease of doing business, it will lead to low wage trap.

So is there an alternative? In the 1980s and early 1990s, extreme market radicalism produced severe inequality and took us to a lower path of development. As a result, we witnessed an uncertain and informal economy that reinforces structural inequalities within society (Lerche, 2015). Since then, the international consensus has moved towards a focus on the role that institutions play for growth.

Internationally respected figures such as Joseph Stiglitz (2008) argue that a market with no social control mechanisms, which then enable big business to do what it wants, does not in itself create growth. What is needed is an institutional set-up geared towards growth, including making labour more productive and having employment protection laws that will promote decent work.

To enable companies to make more money by cheapening labour and restricting union activities is not sufficient to create growth; there also should be incentives for companies to invest and accountability should be fixed on them to invest in quality jobs and training to make workers more productive and prosperous.

Therefore, the hotly debated labour codes will informalise the formal sector by weakening multiple labour market securities like employment, health and safety, skills and income. Flexi-workers with limited skills will either be pushed out of the organised sector or they may be hired only for the disposable nature of their labour. Both scenarios will intensify informality.

Workers ousted from the organised sector will crowd into the unorganised sector, thus increasing the supply of labour. In the absence of core labour laws, wages will be driven down and will accelerate income inequality.

Indian firms contribute to the economy and make profits during the normal business cycle. But the real test comes when they will assist the State and labourers during the ensuing emergency. Provisional figures of the Annual Survey of Industries (2017-18) show that the organised factory sector has contributed Rs 12,38,12,850 lakh towards gross value added, i.e., eight percent of the total GDP. Of that, 47.31 percent accrues to profit (i.e Rs 5,85,69,676 lakh) and only 14.02 percent goes as wages to workers i.e., Rs 1,73,53,716 lakh. At the aggregate level, the profit share is 4.4 percent; whereas the share of wages is as abysmally low as 1.3 percent of total GDP, showing the weakening side of Indian workers.

In such a challenging time, if the State and firms fail to recognise their moral responsibility to protect the work force, then they will soon witness an irrevocable massive economic setback. The Royal Commission on Labour’s report (1929) said: “Everything that we have seen in India has forced upon the conviction that the need of organisation among Indian workmen is great.…Nothing but a strong trade union movement will give the Indian workman adequate protection.…It is in the power to combine that labour has the only effective safeguard against exploitation, and the only lasting security against inhumane conditions.”

Hence, collectivisation and unionisation of workers, which are critical enablers of stability and solidarity, would alone improve their economic status in this difficult time, and not labour codes.

—Rahul Suresh Sapkal teaches at the Centre for Labour Studies, School of Management and Labour Studies, Tata Institute of Social Sciences, Mumbai. He is the principal researcher of an informal and migrant workers’ survey titled “Workers in the Time of COVID-19: A National Survey” of ActionAid India.  KT Suresh is a National Senior Lead, Policy and Campaigns (Urban and Labour), ActionAid Association India. He was the co-principal researcher of the above survey