A case of a woman claiming she was “gang raped” after entering Facebook’s Metaverse has shown the need for laws in 3D virtual worlds. Digital dignity too should be structured around human dignity. 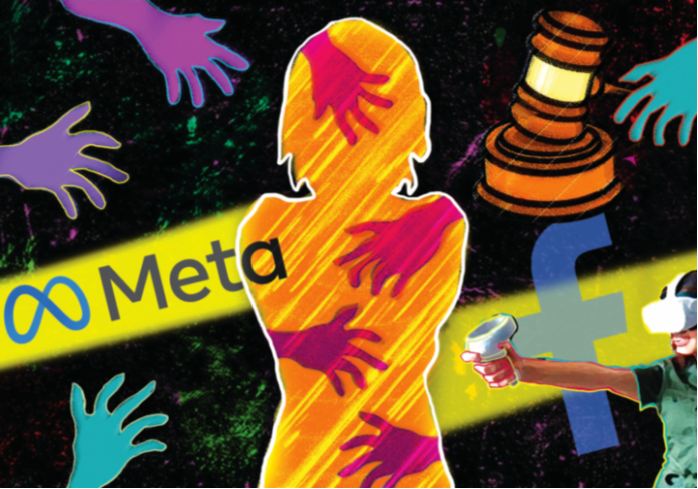 From the past one year, the discourse around Facebook’s hyped endeavour of Metaverse has gained much traction. The idea of a virtual reality world seems like a plot of a sci-fi movie. Yet, it is close to becoming a reality soon with Metaverse’s attempts to capture the 3D digital world, which seems like an exciting new universe waiting to be explored.

In fact, a metaverse is a network of 3D virtual worlds focused on social connection.

However, it raises legal concerns. Techno-laws have been slow-paced to match even digital technology in the 2D world. Imagine now they will have to counter challenges in the 3D digital world.

What set of jurisprudence will be applied in the realm of Metaverse? Will it be similar to conventional laws, such as the Indian Penal Code or the Information Technology Act, 2000? Will the avatars under the Metaverse have the same integrity as that of a human body with its own zones of privacy? Many of the regulatory questions pertaining to Metaverse will depend on what facet of human life they will be interacting with. Metaverse will be an interactive platform which engages the human mind, and the creation of an avatar within it is a reflection of the identity of individual surfing the Metaverse. This is a reflection of the mental integrity of the individual, which draws back to the fountainhead of dignity. What surely underlies surfing internet is the digital reflection of dignity, what summarily can be denoted as “Digital Dignity”.

Why these questions are becoming important are because recently, a woman claimed she was “gang raped” immediately after entering Facebook’s Metaverse. The tester (this woman) claimed that within seconds of her entering the Horizon Venue (one of the branches of Metaverse), she was virtually gangraped by a group of male avatars.

This incident has brought severe criticism to Metaverse and raised issues of legality and regulatory framework. However, in response to this incident, Meta is adding a feature to battle virtual-reality scenarios like these to be styled as “personal boundary” feature. This feature will prevent other users’ avatar from invading the personal space of other avatars.

This comes in addition to the already existing feature of “Hand Harassment Measure”, under which an avatar’s hand will disappear if it intrudes into the personal space of other avatars.

This seems like a welcome step, but many larger legal questions lurk behind this incident.

It surely cannot be limited just to cyber bullying (an offence well recognised under the Indian Cyber Law) or cyber harassment. This is because the offence seems to be of a higher degree. The victim has suffered from a feeling similar to a rape victim. So does this qualify as a first case of rape under the laws for a virtual reality world? What really should be the standard for judging this offense? Is the non-regulatory nature of the virtual world a factor for diminishing the punishment of the offence, based on the principle of “anything goes within the virtual world” or should there be more constitutional principles invoked as the guiding light behind punishing the offender?

Among all this legal ambiguity, the thing that cannot be denied is the fact that this incident was surely a breach of personal zone of privacy and mental integrity [which is again a well recognised right under the Indian Jurisprudence: Selvi vs State of Karnataka (2010) & KS PuttaswamyI (2017)]. Further, digital dignity is a nor­mative system structured around human dignity as defined and elaborated in several cases under Article 21 of the Constitution.

What steps should be taken for curbing these kind of offenses? It seems regulation might work: either flowing from the State actor or the non-State actor. However, a non-State actor will be in a better position to react quickly to these scenarios, knowing well that his public image will be in question. Therefore, he will react quickly to these cases. However, how far those reactions are constitutional needs to be checked.

This is where the growth of private constitutionalism can fill the space for regulation and grievance rederessal, something which Facebook did by creating an Oversight Board. This is a body consisting of diverse members deciding cases grievances against Facebook.

It cannot be denied that in today’s digital era, social culture and human beings are germinating and finding new ways of expressing themselves. Metaverse is just another step in that direction—a better way to express oneself.

However, with expression comes regulation. The amount of social leverage non-State actors have in everyone’s life today is hard to imagine. This creates a moral obligation on them and their working should be more responsible and in consonance with the tenets of the Constitution.