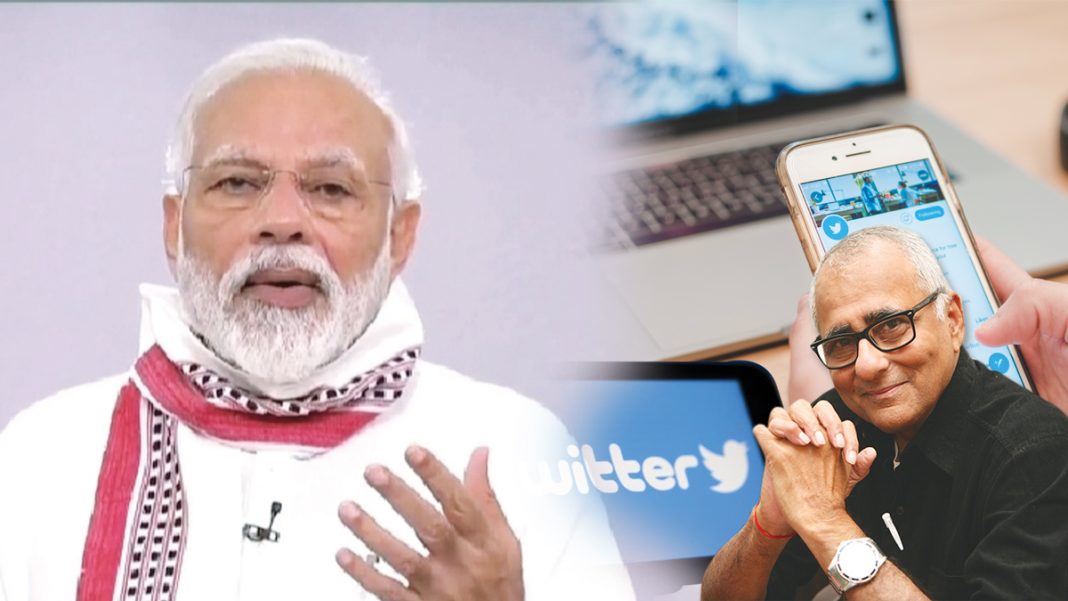 Our cover story this week is a subdued yet trenchant analysis of the Supreme Court’s stellar role in coaxing, cajoling and goading the executive branch into making policy changes designed to prepare and arm the administration with more effective methods and tools to beat back the ravages of the Corona onslaught that have debilitated India’s health and economic well being.

As the writer Dr G.V. Rao observes: Courts cannot be expected to be mute spectators in such dire and pathetic circumstances when there was a failure of the government to anticipate these dreadful times, falling short of relevant medical supplies and infrastructure. It was indeed a shame that while India holds the Chair to the WHO and our health minister presides there we were shamed as the nation with the highest Covid infections and death rates. The centre’s policy came under attack and hence required scrutiny on the anvil of the constitutional provisions that are the bedrock of our democracy, such as Article-21 Right to Life and Article 14 Right to Equality.

The Supreme Court came to the rescue of the nation by intervening with a statesman-like approach to examine the allegations and shortcomings of the government’s overall Covid-handling policies. In these unprecedented circumstances when the government was faltering in its administrative capacity, the apex court played an extremely constructive role of helping it identify areas and scenarios which required maximum attention. The proceedings before the Supreme Court provided direction and guidance in finding solutions to complex situations requiring skilful tackling. Read full story:Supreme Guidance

Prime Minister Modi’s course correction on national TV was not the mea culpa that his critics expected, but rather an exercise in blame-sharing. It did, however, mark a radical departure from the previous admixture of grandstanding, hollow triumphalism, and benign neglect in response to the challenge posed by the pandemic.

Government and ruling party spin doctors quickly pulled out their bullhorns and regurgitated the tool-kit line that the Supreme Court had nothing to do with the abrupt U-turn in government policy; that the Union cabinet had formulated the new vaccine rollout policy a day before the Supreme Court judges made their pronouncements.

They were quick to blame the social media for misleading the public regarding the government’s intentions and actions. The government’s record in combating the health crisis created by the pandemic, they argued, was exceptional. That it had been internationally sullied was not because of the actual record but due to the fake news spread across the social and “alternate” media outlets such as Facebook and YouTube.

I wish the government’s onslaught against the oxygen and critical care shortages had been as spirited and vigorous as it has been against the “epidemic” of the social media which seems to have learned well, fattened, and flourished at the feet of its gurus—the omniscient IT cells of political parties, particularly the BJP.

And now, in the wake of the damage its reputation has suffered at the hands of the social media, the very party which came to power through the deft use of a formidable network of IT “cells” using these same platforms, now wants them rendered ineffective.

In this regard, I would like to refer the reader to a recent issue of  Slate magazine. Slate is a progressive online magazine that covers current affairs, politics, and culture in the United States. It is known, and sometimes criticised, for having adopted contrarian views, giving rise to the term “Slate Pitches”. It has a generally liberal editorial stance.

The magazine’s June 11 issue carries an article as part of the Free Speech Project, a collaboration between Future Tense and the Tech, Law, & Security Program at American University Washington College of Law that examines the ways technology is influencing how we think about speech.

The headline reads: “Silicon Valley Thought India Was Its Future. Now Everything Has Changed.” Why? Because of a virtual blitzkrieg being conducted by the government against social media platforms being used by critics to express dissenting or out-of-favour views.

“It once made obvious business sense for Big Tech to focus on India,” writes Nitish Pahwa. “When digital companies expanded to international audiences throughout the globalising 2000s, they found a perfect receptor in the Asian subcontinent: an increasingly online, billion-strong, newly capitalist nation ready to welcome foreign business, export its own knowledgeable tech workers to other nations, and join virtual forums to connect with the world and complement South Asia’s historic traditions of argument, democracy, and neighborly goodwill.

“Modi, who was hailed upon his first election as ‘India’s first social media prime minister’ for his campaign team’s digital savvy, leveraged this social media knowhow to become a darling of Silicon Valley in ways previous Indian leaders never did. His ‘Digital India’ campaign (whose website, incidentally, has a pretty horrid design) was praised by CEOs for its goal of turning India into a utopia of tech innovation; the prime minister visited California-based corporations and held both public and private events with executives from Facebook, Twitter, Apple, and Tesla; investors went gaga over India’s domestic startups. The founding director for Twitter India joined the company in 2012 with hopes that the platform would help strengthen democracy in the country. It once may have seemed that India, which already had its own Silicon Valley for tech innovation within the city of Bangalore, would become both one of the primary drivers and biggest beneficiaries of an interconnected world.

So why the negativity now as reflected in the article’s headline? Here is what this research shows:

These are only a few condensed examples of detailed account of the continuing warfare between the tech giants and the administration cited in the Slate article. It concludes on an ominous note:

Read Also: No time-bound direction can be given to Govt for including pregnant women in Covid vaccination: Delhi HC

“No major Big Tech company has yet elected to leave or boycott India in response to this increasing sparring—in fact, some are still investing billions in the nation. But perhaps it’s only a matter of time before differences become too stark to ignore. Facebook employees, according to the Times, are frustrated with the company over its handling of India’s political situation. Twitter India employees remain worried for their lives—and India is pushing its own Twitter-like app, Koo, in order to draw its populace away from the American platform and its rules. (As tech writer Pranav Dixit has reported, Koo, which is saturated with hate speech.) This is in line with India’s attempts to create its own domestic TikTok competitors and get Indians on board with homegrown apps that notably answer only to the Indian government, and no other country or authority.

“The India that Silicon Valley once so loved has long given way to a different one: an increasingly authoritarian regime that wants even tighter control over information dissemination. It’s an India that’s …attempting to craft its own parallel social mediasphere as a bargaining chip to Silicon Valley: Either you play by our rules, or we don’t need you.”

Did you find apk for android? You can find new Free Android Games and apps.
Share
Facebook
Twitter
Pinterest
WhatsApp
Previous articleNo time-bound direction can be given to Govt for including pregnant women in Covid vaccination: Delhi HC
Next articleMadras HC directs Puducherry govt to reimburse amount charged by private hospital identified for Covid treatment