The Kasturirangan-led committee set up to revise school syllabus and textbooks faces problems after a member made some controversial remarks on how history should be written, or rewritten. 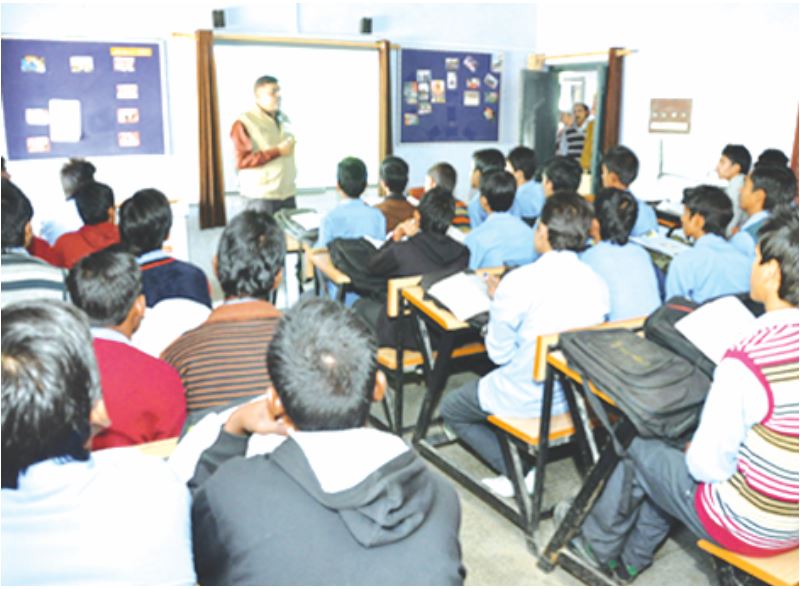 Many eyebrows were raised when a member of the Kasturirangan-led committee, set up recently to revise the National Curriculum Framework (NCF) and lay down the broad guidelines for school syllabus and textbooks, said that the existing curriculum in schools dwells “too much on defeats” and that “in the light of new facts, history should be rewritten”. The member, an ideologue, added that textbooks should talk about the “fighting spirit” of rulers, such as Maharana Pratap in battles against foreign invaders.­

When Dr Murli Manohar Joshi, HRD minister in the Atal Bihari Vajpayee government, initiated some revision in school textbooks, it was considered by the left-wing as saffronisation of the syllabus. The latest suggestion is in line with that initiative.

It is a Herculean task to condense the over 400-page report of the Kasturirangan Committee into a 68-page policy document, that is the NEP, which was approved by the Union Cabinet on July, 29, 2020. As advisor to the Union minister for education, I recollect the affable but indefatigable Dr Ramesh Pokhriyal Nishank had a series of mind storming and protracted discussions with senior bureaucrats, academics and scholars, apart from structured inter-ministerial discussions, leading to formulation of multiple drafts and eventual approval of the NEP 2020 by the Union cabinet.

The NEP, the first education policy of the 21st century, aims to address the many growing developmental imperatives of India. The NEP envisages revision and revamping of all aspects of the education structure, including its regulation and governance to create a new system aligned with the aspirational goals of the 21st century and the SDG4, while building upon India’s great traditions and value systems. The NEP unambiguously says that “the pursuit of knowledge (jnan), wisdom (pragyaa) and truth (satya) was always considered in Indian thought and philosophy as the highest human goal.

Admittedly, the purpose of an educational system is to develop good human beings capable of rational thought and action, possessing compassion and empathy, courage and resilience, scientific temper and creative imagination, with sound ethical moorings and values. The Policy envisages that the curriculum and pedagogy must foster a sense of respect towards the fundamental duties and constitutional values, bonding with one’s country, and a conscious awareness of one’s role and responsibilities.

Wide ranging measures have been taken by the ministry of education, the UGC, the NCERT and the CBSE to give effect to the provisions of the NEP under the timelines stipulated in the Policy. The provisions of the NEP relating to early childhood care is the foundation for the development of a new NCF for school education and is a challenging task. This is because, according to empirical studies, and a fact reiterated by the NEP, over 85 % of a child’s cumulative brain development occurs prior to the age of 6, indicating the critical importance of appropriate care and stimulation of the brain in early years. The school curriculum and pedagogy is to be restructured in a new 5+3+3+4 and “learning is to be made holistic, integrated, enjoyable, and engaging”. The curriculum content would be reduced to make the school bag lighter.

However, the core essentials of each subject would be retained to make space for critical thinking based on concepts, ideas, applications and problem solving. Teaching and learning have to be made interactive, creative, collaborative and experiential with classroom sessions “regularly containing more fun”.

The NEP speaks of empowerment of students through flexibility in course choices, multilingualism, curricular integration of essential subjects, skills and capacities, with local content and flavour by developing a new and comprehensive NCF for school education based on the principles enshrined in the NEP.

The task belongs to and stands assigned to NCERT by the NEP, but, probably conscious of the enormity and complexity, the government of India has entrusted the task of drafting the NCF to a 12-member National Steering Committee (NSC) headed by former ISRO chief K Kasturirangan, who also headed the Committee on the Draft National Education Policy, 2019. Out of the 12 members, apart from Dr Kasturirangan, who heads the NSC, two more eminent scholar members of the Committee constituted to draft the NEP 2019, namely Professor Manjul Bhargava and Professor TV Kattimani, have been retained.

Professor Manjul Bhargava is a professor of Mathematics in Princeton University, USA—the recipient of Fields Medal. This prestigious award is given to mathematicians under age 40 by the International Mathematical Union, considered the nobel prize for Mathematics. Professor Kattimani is a former vice-chancellor of Indira Gandhi National Tribal University and the current vice-chancellor of the Central Tribal University of Andhra Pradesh. The other members of the NSC comprise eminent vice-chancellors, scholars, academics, domain experts and thinkers. The task before them is complex and colossal as they have to develop the new NCF within the framework of the NEP, 2020.

Now, a member of the NSC, a known right-wing ideologue, has hinted at re-writing history and the textbooks “in the light of new facts” of history. The precise mandate of the steering committee is to develop the NCF within the mandated remit. The NEP speaks, among other things, of incorporating local content and flavour as the students must know about their past, immediate surroundings and topography, India’s civilisational heritage, constitutional values, so as to develop the spirit of critical thinking and inquiry.

The Policy advocates multilingualism, ensuring inclusive and equitable quality education and promotion of lifelong opportunities for all by 2030 by incorporating rapid changes in the knowledge landscape in the globalised world. The aim is to promote India as a global study destination by providing premium education at affordable costs so as to help “restore its role as a Viswa Guru”. Evidently, the founding fathers of our republic laid the foundation of a civic nation, and not an ethnic nation, by crafting a republican democratic Constitution, solemnly affirming to secure to all its citizens justice, liberty, equality and fraternity and assuring the dignity of the individual.

When one speaks of India’s civilisational heritage and the need for inculcating the spirit of enquiry and scientific temper, the following Vedic hymn comes to mind: “Whether God’s will created it (the universe), or [………] Only He who is its overseer in highest heaven knows,/Only He knows, or perhaps He does not know.” In a steering committee of 12 eminent people from diverse fields of knowledge, there may be initial difference of opinion but when they talk together, deliberate, build consensus and bring unity of purpose having regard to the need to impart quality education and make India a global hub of education, expectedly, they will surmount parochial considerations and develop the national curricular framework in perfect accord with the hallowed provisions of the NEP 2020, staying clear of the potential carping criticism of the extreme left or the radical right, by not harking too much on the past. Of course, we must analyse the past—without being its prisoner—in the context of the present for the purpose of building a resurgent India—the hub of global education—by laying the foundation of a sound, secure and holistic school education system to meet the aspirational needs of the 21st century.

—The writer is ex Addl Secretary, Lok Sabha and a member of the Delhi Bar Council. The views expressed are personal