Proposed changes to IAS (Cadre) Rules, 1954, have led to protests from Opposition states as they seem “against the spirit of cooperative federalism” and would change central deputation rules of IAS officers. 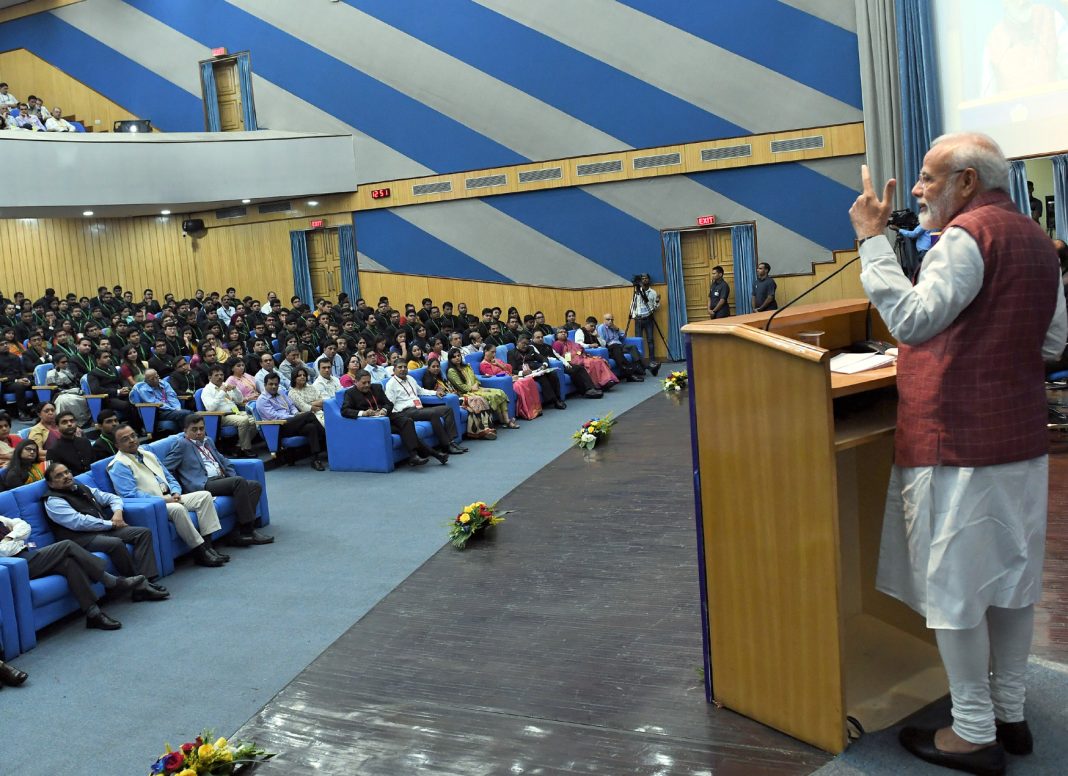 The New India script has multiple dimensions, including proposed changes in the Indian Administrative Service (Cadre) Rules, 1954, by the Government of India. But states seem to be exceedingly wary, so much so that there is a forewarning of launching a people’s movement.

The chief ministers of West Bengal, Chhattisgarh, Rajasthan, Jharkhand and now Kerala have written letters to the prime minister strongly opposing the proposed changes. Other states may join the chorus of protests as they view the move as an erosion of India’s federal structure, destructive of the spirit of cooperative federalism, the cornerstone of Indian nationhood. An incipient Opposition is coiling in the states and a larger segment of the bureaucracy as well for obvious reasons.

The states, including many NDA-ruled states, are apprehensive that the proposed changes, once effected, would confer overarching powers to the Union government in the posting of IAS officers. This may be followed by similar changes in the service rules of other All India Services (AIS) like the IPS and the Indian Forest Service.

West Bengal Chief Minister, Mamata Banerjee sent a second letter within days to Prime Minister Narendra Modi on the issue, describing the move as one that goes “against the… basic structure of India’s Constitutional scheme”. Apart from many non-BJP ruled states, the opponents of the move include BJP and NDA-ruled states like Madhya Pradesh, Bihar and Meghalaya.  The Maharashtra government too has “strongly opposed” the proposed changes.

The controversy has been fuelled by a letter written by the Union home secretary to the chief secretaries of the states a year ago about the proposed changes, while sharing the reasons behind it. The states have been given extended time to reply by January 25, 2022.

The fierce tussle is over the changes proposed in Rule 6. The proposed amendment has a new proviso: “Provided that each State Government shall make available for deputation to the Central Government, such number of eligible officers of various levels to the extent of Central Deputation Reserve (CDS) prescribed under Regulations referred to in Rule 4(1), adjusted proportionately by the number of officers available with the State Government concerned vis-a-vis the total authorised strength of the State Cadre at a given point of time.

The original proviso under Rule 6(1) has been retained with this slight addition—“within a specified time”, but it will become a second proviso. That means, in case of a disagreement between the state and the central government, the decision of the latter shall be effected within the time line stipulated in the deputation order. This may be in the nature of a “marching order” to be effected in 24 hours or in a few days as may be specified in the order itself by the central government.

Mamata Banerjee finds “the revised amendment proposal more draconian than the former… against the foundations of our great federal polity and the basic structure of India’s Constitutional scheme”.

Hemant Soren, CM, Jharkhand, has written to the PM to “bury” the proposal as it was “more draconian”. Pinayari Vijayan and MK Stalin, CMs of Kerala and Tamil Nadu respectively have also opposed the move as it was destructive of the “nation’s federal polity” and said that it will create “fear psychosis” and promote arbitrariness rather than cooperative federalism. There is wide speculation that the proposed move would “completely render” the officers and all state governments “at the mercy of the Central Government” and there is immense potential for harassment and vendetta politics, they said. Banerjee has forewarned that the issue could snowball into a political confrontation, and asked the centre not to push the states “to the point of greater movements on this issue to protect the soul of this great democracy that India is and has been”.

The Department of Personnel and Training (DoPT) has denied that the centre was trying to accord itself undue powers but clarified that the states have not been sending enough officers for central deputation as per a fixed ratio. It has also been reiterated that officers would be posted on central deputation only in consultation with the states. According to the Central government, the number of IAS officers on Central Deputation Reserve has gone down from 309 in 2011to 223  in 2021. The DoPT has made it clear that “once the number of officers to come on deputation to the Centre is fixed after mutual consultation, the Central Government should have overriding powers to get those officers”.

However, there have been glaring instances when orders were issued by the central government without consulting the states, which were, ostensibly actuated by the politics of confrontation rather than by the dictates of “public interest” or any rational cause.

In June, 2001, the Jayalalithaa-led government’s state police raided former chief minister M Karunanidhi’s home and arrested him along with his DMK colleagues Murasoli Maran and TR Baalu, both then ministers in the NDA government. The following month, the centre asked the state government to send on central deputation the three IPS officers connected with the police raids.  Jayalalithaa not only refused but also wrote to other chief ministers canvassing support to protect the rights of states.

In yet another case, a Tamil Nadu cadre IPS officer Archana Ramasundaram was deputed to the CBI in 2014. The state government refused to release her but she joined the CBI. The state government suspended her when she defied its order. Later, the officer was appointed Lokpal in 2019 by the centre.

The most intriguing example is of Alapan Bandyopadhyay, an IAS officer of the 1987 batch and chief secretary of West Bengal. His tenure was extended by three months with the approval of the Appointments Committee of the Union Cabinet four days prior to his date of superannuation.  But he was suddenly posted to Delhi on the day he would have normally superannuated. No consultation was done with the state government nor was the willingness of the officer ascertained.

Former Cabinet Secretary KM Chandrasekhar wrote in a daily on June 2, 2021, that “there was also nothing in the order to show why he was so urgently required in Delhi for a period of three months after his retirement”. Bandyopadhyay did not join the centre and the chief minister did not relieve him either.

Another occurrence is of December 2020 when the centre asked three IPS officers be sent on deputation to the centre. They were in charge of the security when BJP president JP Nadda’s motorcade was attacked outside Kolkata on December 10, 2021, allegedly by supporters of the Trinamool Congress. The state government refused, citing a shortage of IPS officers. The centre did not invoke the disagreement clause and the matter stood closed. Notably, on a PIL filed by a West Bengal based lawyer in January 2021, the Supreme Court refused to strike down Rule 6(1) as the Court did not find any merit in the petition.

The plea of the central government is that the impending shortfall in civil servants deputed by state governments to the centre impelled it to amend deputation rules so that it could give itself power to transfer officers without the consent of states.

According to data available, the number of joint secretary level officers at the centre is down from 309 in 2011 to 223 in 2021 as the states have not been meeting their CDR obligations. Regulations stipulate that the states must earmark 40% of senior posts in every cadre to meet central requirements, but there is a CDR shortfall from 61% for Tripura to 95% for West Bengal. Over 14 states have a CDR shortfall of over 80%. It is above 90% for Madhya Pradesh, Haryana and Telangana.

Apparently, most states are not meeting their CDR obligations despite the annual recruitment in services which has gone up since 2000. While AIS recruitment needs to be increased, even for the current recruitment rate, the numbers for the centre are not commensurate. The number of IAS officers has risen from 621 in 2014 to 1,130 in 2021 but officers deputed to the centre remain between 90 and 120. Consequently, CDR utilisation dropped from 25% in 2011 to 18% in 2021-22. There is, particularly shortage for joint secretaries, directors and deputy secretaries. No data is available about the number of officers who were peremptorily sent to the states without completing the fixed tenure of the central deputation.

Likewise, there is shortage of IPS officers with the central government.  Almost a year ago, the home secretary wrote to chief secretaries reminding them of insufficient nominations of IPS officers to fill up vacant central posts, ranging from superintendents of police to directors-general. The centre maintains that the actual number of officers to be deputed will be decided only after due consultation with the state government, even after the amendment to the AIS rules.

Officers for the IAS, IPS and Indian Forest Service are selected by the UPSC through all India examinations and placed in various state cadres. They are expected to serve both the central and state government (home cadre) in various stints. However, if the officers are taken away on central deputation without prior consultation with the state government and without ascertaining the willingness of the officer concerned, the centre may, states fear, take away a star performer or a bold and upright officer from the state abruptly. This is bound to disturb the planning and developmental work of the states and affect the service morale. Fearless and upright officers too, as would be seen from some instances cited above, could be subjected to punitive central posting if their action ruffles political feathers.

The need for AIS was underscored by Sardar Patel soon after Independence. Article 312 refers to the IAS and the IPS as the services at the commencement of the Constitution; both were created by Parliament under Article 312.

Sardar Patel said in 1948 that an “all India service, efficient, disciplined, and contented, assured of its prospects as a result of diligent and honest work, is a sine qua non of sound administration under a democratic regime even more than under an authoritarian rule. The service must be above party and we should ensure that political considerations either in its discipline or in its control are reduced to the minimum, if not eliminated altogether.”

Earlier, addressing the Administrative Service Officers in 1947 in Delhi, he had famously referred to civil servants as the “steel frame of India”.

This steel frame must be preserved in its pristine purity and not allowed to become a pawn of high voltage party politics.

Political power must not be vindictive, vile or petty. The agreed formula of CDS must be implemented with due consultation with the stakeholders so that AIS officers refrain from developing a provincial mindset and broaden their perspective by serving, in their different stints, both the Union and the states, being the shared assets of the nation. Consultation and consensus, and not unilateralism, must inform decision making, being the bedrock of cooperative federalism.

-The writer is ex Addl Secretary, Lok Sabha and a member of Delhi Bar Council. The views expressed are personal.