It will not be an overstatement to say that no institution or constitutional office has suffered greater erosion or degradation than the office of the governor in India. The apex court is now considering the constitutional validity of the governor’s action of referring a mercy petition to the president. 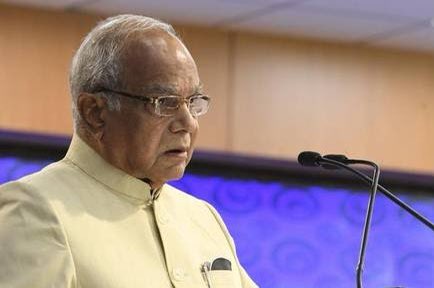 Professor Upendra Baxi defines a crisis as a situation where “the structure of a social system allows fewer possibilities for problem-solving than are necessary for the continued existence of the system”. Where people desire change but are unable to initiate or attain it, there arises a perception of crisis. A crisis is not a situation—it is the incapacity to act. Among various crises, the first and foremost is the crisis of legitimation of law and legal institutions. The institution of governor in the Constitution is one perversion arising out of this crisis. It will not be an overstatement to say that no institution or constitutional office has suffered greater erosion or degradation than the office of the governor in India.

The recent controversy where the then governor of Tamil Nadu Banwarilal Purohit referred the mercy petition filed by AG Perarivalan, one of the seven convicts in the Rajiv Gandhi assassination case, to the president of India has added a new dimension to this crisis. The matter has been brought before the Supreme Court on the ground that it is against the well-established constitutional convention and judicial precedents. The Supreme Court amazingly took this matter seriously and questioned the governor’s decision to refer the mercy petition to the president of India and observed that: “The President has no role under Article 161. In case the Governor has a different opinion, he has to send it back to the State.”

This makes it copiously clear that in case of the exercise of pardoning power, the governor has no discretion to disregard the advice of the council of ministers. The mercy petition is not meant to be a further appeal against the judgment of the apex court which attained finality. The relevant considerations in deciding on a mercy petition are—the time spent by the convict in jail and the remaining period of the sentence, his conduct in the jail, his age, health, and his family responsibilities, etc.

The elected government considers all these aspects based on the necessary inputs received from the police and prison authorities and sends its recommendation to the governor as per the rules of business of the government, which is binding on the governor. Obviously, the Supreme Court and High Courts have the power to check the exercise of pardoning power on certain limited grounds.

Notably, the Constitution does not prescribe any timeline during which the governor has to decide the mercy petitions. This is why mercy petitions remain pending for years before the governor and the president. Taking cognizance of this problem, the Supreme Court in the Shatrughan Chauhan case (2014) held that the exercise of power under Article 72/161 by the president or the governor is not a prerogative, but a constitutional obligation. It further held that “considering the high status of office, the constitutional framers did not stipulate any outer limit for disposing the mercy petitions which means it should be decided within a reasonable time. However, when the delay caused in disposing of the mercy petitions is seen to be unreasonable, unexplained and exorbitant, it is the duty of this Court to step in and consider this aspect. The Court also emphasized that right to seek mercy under Article 72/161 of the Constitution is a constitutional right and not at the discretion or whims of the executive. Every constitutional duty must be fulfilled with due care and diligence; otherwise, judicial interference is the command of the Constitution for upholding its values.”

Earlier in 1980, in the Maru Ram case, Justice VR Krishna Iyer had categorically observed that the governor is bound to exercise his pardoning power on the aid and advice of the council of ministers. “The upshot is that the State Government, whether the Governor likes it or not, can advise and act under Article 161, the Governor being bound by that advice. The action of commutation and release can thus be pursuant to a governmental decision and the order may issue even without the Governor’s approval although, under the Rules of Business and as a matter of constitutional courtesy, it is obligatory that the signature of the Governor should authorise the pardon, commutation or release. The position is substantially the same regarding the President. It is not open either to the President or the Governor to take an independent decision or direct release or refuse release of any one of their own choice. It is fundamental to the Westminster system that the Cabinet rules and the Queen reigns. Being too deeply rooted as foundational to our system no serious encounter was met from the learned Solicitor General whose sure grasp of fundamentals did not permit him to controvert the proposition, that the President and the Governor, be they ever so high in textual terminology, are but functional euphemisms promptly acting on and only on the advice of the Council of Ministers save in a narrow area of power. The subject is now beyond controversy, this court having authoritatively laid down the law in Shamsher Singh’s case. So, we agree, even without reference to Article 367 and Sections 3(8)(b) and 3(60)(b) of the General Clauses Act, 1897, that, in the matter of exercise of the powers under Articles 72 and 161, the two highest dignitaries in our constitutional scheme act and must act not on their own judgment but in accordance with the aid and advice of the ministers. Article 74, after the 42nd Amendment, silences speculation and obligates compliance. The Governor vis-a-vis his Cabinet is no higher than the President save in a narrow area which does not include Article 161. The constitutional conclusion is that the Governor is but a shorthand expression for the State Government and the President is an abbreviation for the Central Government.”

Justice Iyer had opined brilliantly. A similar view has also been reiterated by the Supreme Court in other cases in the Kehar Singh case (1988), Swarna Singh case (1998), Bikas Chatterjee case (2004), and Epuru Sudhakar (2006).

In the current scenario, the president may consider returning the file to the governor so that he may decide on the mercy petition of Perarivalan as per the aid and advice of the state cabinet. It is high time the Supreme Court steps in and shows the rule book (the Constitution) to the governor and the centre for protecting the personal liberty and dignity of the citizens.