Profit in a Paradox

The two rather contradictory news the government’s decision to hike customs duty on solar modules and solar cells and Delhi HC’s objections to India exporting Covid-19 vaccines that appeared recently are interesting studies in the nature of diplomatic paradox. 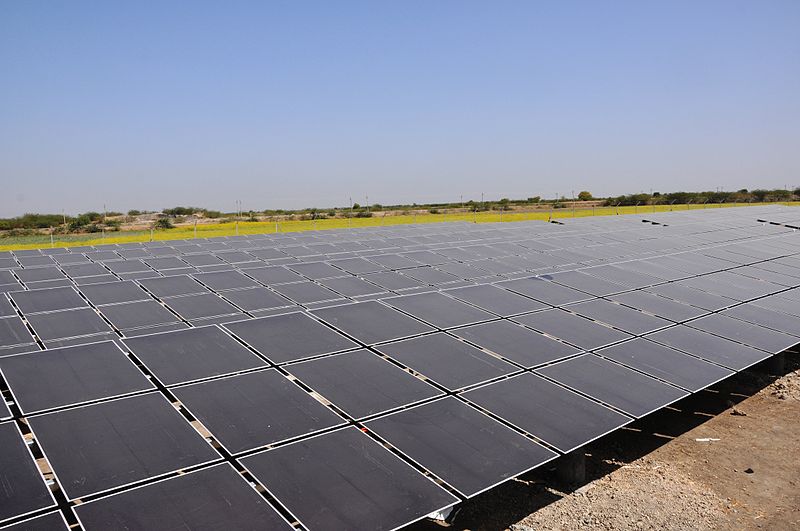 Two, somewhat contradictory, news items emerged recently on virtually the same day. The first was a Union government’s decision to impose a steep 40 percent basic customs duty (BCD) on solar modules (which includes panels and other allied paraphernalia) and 25 percent customs duty on solar cells. This will come into effect from April 1, 2022.

The Ministry of New & Renewable Energy had issued a notification on March 9, which in effect said that this was part of the change driver that Prime Minister Narendra Modi’s Atmanirbhar Bharat programme envisaged. On the horizon was the vision of India becoming a leading global supplier of these items. The rebound bonus was that such a steep hike in customs duty would provide a comfort zone for Indian manufacturers to boost their own production capabilities.

The second news item emanated from the observation of a Delhi High Court division bench of Justices Vipin Sanghi and Rekha Palli. Dealing with a petition challenging the government’s decision to export (and donate, in certain cases) Covid-19 vaccines, the bench commented that while the government was “exporting to not-so-friendly countries also…that will deprive the Indian population…earn the goodwill within the country and then earn it outside”. One reference was probably to India’s decision to send 45 million doses of Covid-19 vaccines to Pakistan, but it was also a reference in general of fulfilling domestic needs before foreign commitments are met. This, sort of resonates with the solar panel duty issue.

The vaccine observation by the bench was made while hearing a suo motu petition on the demand by lawyers to vaccinate all members of the judiciary judges, court staff, advocates on a priority basis.

Solicitor General Tushar Mehta was arguing before the Court on why the government had prioritised the vaccination drive on the basis of age, vulnerability and co-morbidity. During the argument, the bench said: “Mr Mehta, today’s newspapers show that you are exporting to not-so-friendly countries also…that will deprive the Indian population…earn the goodwill within the country and then earn it outside.”

This could have been quite a damning statement by the Court, but at this point of time, the situation is somewhat green for the government.

The two news items, while being studies in the nature of diplomatic paradox, can also be observed within “return on investment” parameters. While the import duty on hardware for renewable energy will boost domestic production one has to be careful, though, whether WTO criteria have been breached in this as well as generate employment, Covid-19 vaccine exports is a manner of “medical diplomacy” that has become important around the world since last year. The overall returns on investment in Covid-19 vaccine diplomacy is a trifle vague at the moment, though the recent decision of QUAD nations USA, Japan, India and Australia that India be the manufacturing base for world vaccines in general, could be counted as an immediate gain. This indicates a big business boom for the famed pharmaceuticals industry of the country.

It is easy to understand that the “solar panel diplomacy” if one may call it so is intended to provide an escape hatch for Indian organisations from the iron clutches of dirt cheap Chinese imports. This can be called the Galwan riposte, but in the long run, it will enhance the general profile of India as a country moving towards carbon neutrality. At the same time, it is a signal for Indians to floor the export gas pedal. It is a unique opportunity and can change the labour landscape of the country to a large extent, the manufacture and installation of solar energy panels being quite labour intensive.

This also aligns with India’s long-term policies on energy. In her budget speech, Finance Minister Nirmala Sitharaman had said that “to build up domestic capacity, we will notify a phased manufacturing plan for solar cells and solar panels.” Fair and fine, and this BCD is a good precursor to realising such ambitious dreams.

The Covid-19 pandemic and resultant restrictions meant that imports of solar-related parts in April-November 2020 were $277 million, 80 percent lower than a year ago. On the other side, though, capacity addition also dwindled to 2,100 MW in the same period, down 52 percent.

It is necessary to absorb this excess installed capacity into the system before pushing the horizon further, and if Chinese imports are always available as cheap alternatives, then there will be an issue of non-generation of local interest. There will also have to be government incentives in place for this energy stream to be economically and efficiently accommodated into the national grid and also to ensure that payments are realised in time, so that state electricity boards rise above their current dismal financial health.

Covid-19 was actually a dual effect benefit. The pharmaceutical industry in India had matured when the pandemic struck. So the manufacturing capacity enhancements put in place can now be utilised to the fullest.

It is interesting to see that the ministry of foreign affairs can be, sometimes, utilised to lead domestic financial reorganisation. The apparent paradoxes that show up will always have highly profitable silver linings that can be exploited to the hilt.

These are profitable paradoxes.