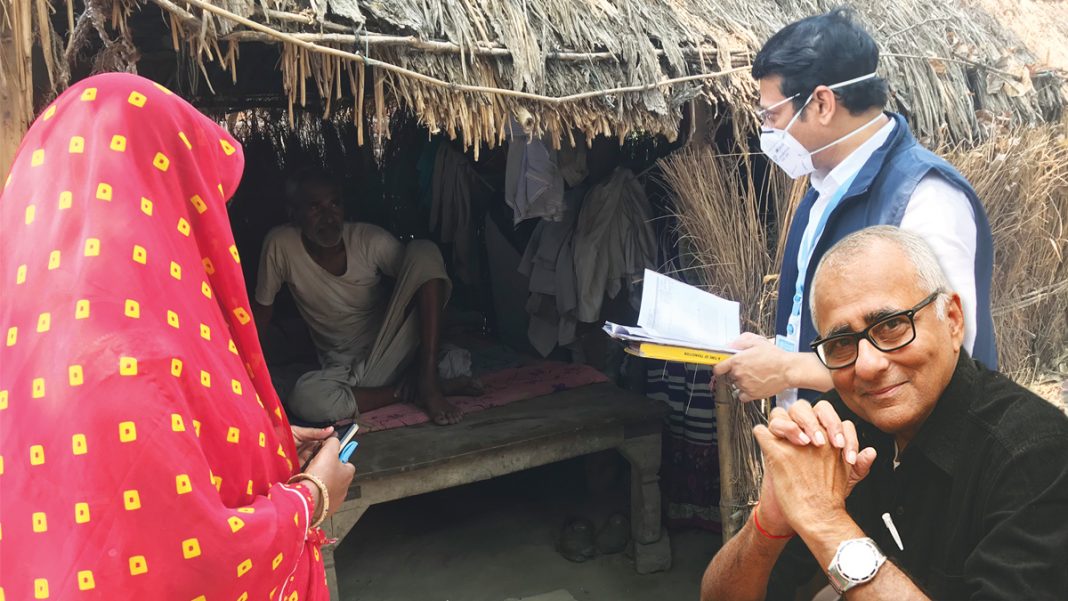 Prime Minister Narendra Modi’s nationwide TV broadcast to the nation last Friday underlined, symbolically, the government’s Rip Van Winkle awakening to a world that has changed dramatically under the never-ending battering of the Coronavirus that has cut a swath of death and devastation across India.

Modi’s belated recognition of the spread of the scourge into rural India which until now had appeared to escape the surges of the epidemic was a better late than never phenomenon. But will it lead to the Herculean cleansing of the Augean Stables  that is needed to set the country on a course of relentless nation-building under the guidance of good governance?

As Modi’s ardent public champion actor Anupam Kher put it, the need of the hour is not image building or management but rather measurable performance. So where does one start?

The immediate medical emergency is characterised by most of the press as a shortage of vaccines, drugs like remdesivir, oxygen supplies, hospital beds and ambulances.

This is accurate. But now that rural India is reeling under the blows of the rapidly spreading virus, these shortages take on a totally different dimension. Even if these necessities were available in amplitude, what utility do they have when most of the worst hit parts of rural India have no roads, no running water, no electrical power, no hospitals, no healthcare centres, no barefoot doctors, no paramedics, no electrical crematoriums, no pharmacies.

It’s all very well to boast of GDP figures, and membership in BRICS, the World Economic Forum, and G-20 groupings, but it takes a catastrophic event like this pandemic to gauge whether the erstwhile  “fastest growing economy in the world”— Emperor India —has any clothes.

As of now, as brutal as this may sound, we stand quite naked, shorn of the garbs of progress and growing prosperity and technological prowess and acuity with which we had defined and repositioned India’s traditional image in the eyes of the rest of the world. The Western media once exulted in the racist depiction of post-colonial India as a basket case example of newly-freed natives unfit to govern themselves. The lasting image of Nehruvian socialist India is that of the archetypal half naked fakir with a begging bowl against a backdrop of snake charmers and elephants. This changed somewhat when The Economist projected India as a “caged tiger” waiting sinuously to grab its share of the world markets. Today we’re back to be being shown as a nation begging for help with funeral pyres lighting up the sky.

So where do we go from here? I have a one line answer: We aint going nowhere unless we make the wiping out of rural privation and distress along with a rural infrastructural reconstruction India’s top national priority. That’s where most Indians live and work and that’s where new demand and purchasing power will continue to be generated.

India’s silver lining has always been that she has never ceased to have, disinterested, dispassionate, creative thinkers. For ruling elites blinkered  by their own tunnel visions or deafened by their own self-serving platitudes, should they take of their blinders and unplug their ears in order to see and listen, there is no dearth of ameliorative suggestions.

For example, as this week’s cover story written by the India Legal News Service (ILNS)  points out, even as this government and the executive struggle to put on their thinking cap, India’s judiciary has been taking the lead. The courts are not only upbraiding governments for dereliction of duty during these tumultuous times, but also are laying the groundwork for future course of action should a “third wave” of the virus sweep across the nation and affect children.

Our cover story contains the details of the warnings and preventive measures articulated by various courts:- Covid-19 third wave: Preparing for the worst so I need not repeat them in this space. Suffice it to say that the legal guardians of India’s constitutional right to life are none too pleased by the instruments of state that bear the duty and onus of preserving, protecting and, indeed, enforcing these rights.

Admonitions and sane advice have also poured in from retired civil servants and social activists. A lucid, no-nonsense and systematic exposition of the idea of sane governance that caught my attention came from Shyam Saran, a scholar, a patriot, and former foreign secretary. He remarked in a recent article in Business Standard:

“The federal nature of the Indian polity was already being systematically eroded and the pandemic provided a golden opportunity to accelerate the process. After all crisis management must be centrally coordinated, isn’t it? As soon as it became clear that it is unable to handle this ferocious second wave, the Centre has dumped the responsibility on the state governments. The blame game has begun in right earnest with a senior minister absolving the Central government of the mess we find ourselves in and claiming that the state governments were repeatedly warned of the impending second wave.”

What are some key fault-lines that must be addressed swiftly? I reproduce below a condensed version of Saran’s wisdom and recommendations that any good leader genuinely desirous of tackling the menace set loose upon us would ignore at his own peril.

* The state should accord the highest priority to critical and indispensable responsibilities—providing security to its citizens, and delivering on their right to health and education. Over the past several years, governments, both at central and state level, have fallen relentlessly behind in delivering on each of these responsibilities. Where the public good argument has been upheld, such as the All India Institute of Medical Sciences or Jawaharlal Nehru University, the results speak for themselves.

These, indeed, are some elementary adumbrations that can help us to put back some robes on Emperor India.