Right to Life: More than mere survival or animal existence

Life has many facets and dimensions and an individual must enjoy all those in his life. Right to Life means the right to lead meaningful, complete and dignified life. It does not have restricted meaning. Merely being alive is not life. It is something more than mere survival or animal existence. 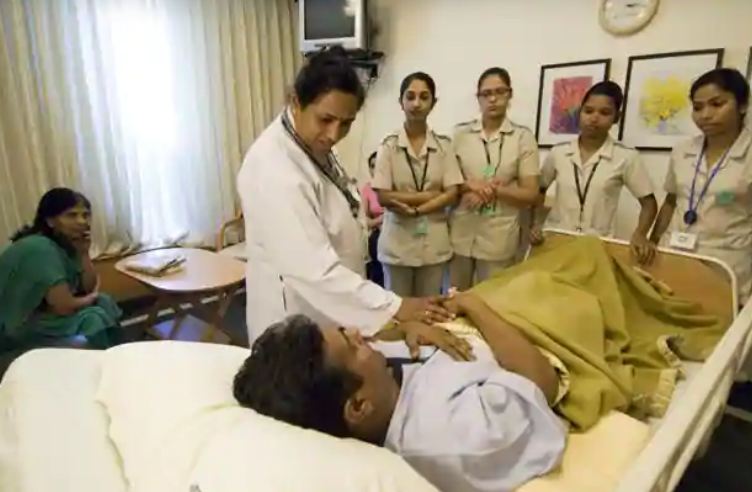 Article 21 of the Constitution of India provides as follows: “Protection of Life and Personal Liberty: No person shall be deprived of his life or personal liberty except according to procedure established by law.”

The scope of Article 21 was a bit narrow till 50s as per the ruling of the Supreme Court in AK Gopalan vs Union of India;(1950). In this case, it was observed that “personal liberty” only means “liberty relating to or concerning the person or body of the individual”.  At that time Gopalan’s case was the leading case in respect of Article 21 of the Constitution, but post Gopalan’s case, the of scope of Article 21 has been expanded and modified gradually through different decisions of the Supreme Court and it has been held that interference with the freedom of a person at home or restriction imposed on a person while in jail would require authority of law.

After Gopalan’s case (1950), in Maneka Gandhi vs Union of India; (1978), the Supreme Court of India opened up a new dimension and gave the widest possible interpretation to the word “personal liberty”. Bhagwati, J. (as he then was) observed: “The expression ‘personal liberty’ in Article 21 is of the widest amplitude and it covers a variety of rights which go to constitute the personal liberty of man and some of them have been raised to the status of distinct fundamental rights and given additional protection under Article 19”.

Bhagwati, J. (as he then was) further observed: “The attempt of the court should be to expand the reach and ambit of the Fundamental Rights rather than to attenuate their meaning and content by a process of judicial construction”.

It was observed that Article 21 requires that no one shall be deprived of his life or personal liberty except by procedure established by law and this procedure must be just, fair and reasonable. It must conform to the norms of justice and fair play. It cannot be arbitrary, whimsical or fanciful.

The protection of Article 21 was further widened in the case of Bandhua Mukti Morcha vs Union of India;(1984), related to the issues of bonded labourers and weaker sections of the society. It was observed as follows:

“Article 21 assures the right to live with human dignity free from exploitation. The state is under a constitutional obligation to see that there is no violation of the fundamental right of any person, particularly when he belongs to the weaker section of the community and is unable to wage a legal battle against a strong and powerful opponent who is exploiting him. The Central Government is therefore bound to ensure observance of various social, welfare and labour laws enacted by Parliament for the purpose of securing to the workmen a life of basic human dignity in compliance with the directive principles of the state policy”.

In Pt. Parmananda Katara vs Union of India; (1989), the Supreme Court has very specifically clarified that preservation of life is of paramount importance. The Supreme Court observed “once life is lost, status quo ante cannot be restored as resurrection is beyond the capacity of man.” It was held that it is the professional obligation of all doctors (government or private) to extent medical aid to the injured immediately to preserve life without legal formalities to be complied with the police.

In Subhash Kumar vs State of Bihar;(1991), Supreme Court held: “Right to live is a fundamental right under Art 21 of the Constitution and it includes the right of enjoyment of pollution free water and air for full enjoyment of life. If anything endangers or impairs that quality of life in derogation of laws, a citizen has right to have recourse to Art, 32 of the Constitution for removing the pollution of water or air which may be detrimental to the quality of life. A petition under Art. 32 for the prevention of pollution is maintainable at the instance of affected persons or even by a group of social workers or journalists”.

The Supreme Court held: “This Court has held that several unenumerated rights fall within Article 21 since personal liberty is of widest amplitude. The following rights are held to be covered under Article 21:

It was observed in Unni Krishnan’s case that Article 21 is the heart of Fundamental Rights and it extended the Scope of Article 21 by observing that the life includes the education as well, as the right to education flows from the right to life.

In Vishakha vs State of Rajasthan;(1997), the Supreme Court has declared sexual harassment of a working woman at her workplace as amounting to the violation of right of gender equality and right to life and liberty which is a clear violation of Articles 14, 15 and 21 of the Constitution. In the landmark judgment, the Supreme Court in the absence of enacted law to provide for effective enforcement of basic human rights of gender equality and guarantee against sexual harassment laid down the guidelines to be followed by all employers, public or private, until suitable legislation was enacted on the subject.

In Justice KS Puttaswamy (Retd.) & Anr vs Union of India; (2017), Supreme Court held, “The right to privacy is protected as an intrinsic part of the right to life and personal liberty under Article 21 and as a part of the freedoms guaranteed by Part III of the Constitution”.

Based on the rationale of Puttaswamy (supra), Supreme Court in Navtej Singh Johar vs Union of India; (2018), unanimously held that Section 377 of the Indian Penal Code, 1860, was unconstitutional in so far as it criminalized consensual sexual conduct in private between adults of the same sex and was violative of Articles 14, 15, 19, and 21 of the Constitution.

In Anuradha Bhasin vs Union of India & Ors, (2020) while dealing with the issue of internet shutdown in the state of Jammu & Kashmir,  Supreme Court tried to strike  a balance between the liberty and security concerns so that the right to life could be secured and enjoyed in the best possible manner and declared that the freedom of speech and expression and the freedom to practice any profession or carry on any trade, business or occupation over the medium of internet enjoys constitutional protection under Article 19 (1)(a) and Article 19(1)(g).

Thus, it is clear that the provision in respect of life and personal liberty was constructed narrowly at the initial stage but was developed gradually and a liberal interpretation was given to these words. New dimensions have been added to the scope of Article21 from time to time.

The discoveries of egalitarian goals in fundamental rights have resulted in the explosion of new rights. Thus, Article 21 of the Constitution has sprung up a whole lot of human rights jurisprudence. It has been held that there are several implied rights under Article 21 although these are not specifically mentioned.

The Supreme Court through various judgments has gradually expanded and modified the scope of right to life to include several new rights viz. Right to pollution free water and air, right to a decent environment, the right to health, and access to healthcare, protection of under-trial, right of every child to a full development, right to electricity, maintenance and improvement of public health, providing human conditions in prisons, maintaining hygienic condition in slaughter, housing for beggars, immediate medical aid to injured persons, starvation deaths, the right to know, the right to open trial, inhuman conditions in aftercare home, children in jail being entitled to special protection, etc.

In the expanded meaning attributed to Article 21 of the Constitution, it is the duty of the State to create a climate where members of the society belonging to different faiths, caste and creed live together and, therefore, the State has a duty to protect their life, liberty, dignity and worth of an individual which should not be jeopardized or endangered. If in any circumstance the state is not able to do so, then it cannot escape the liability to pay compensation to the family of the person killed during riots as his or her life has been extinguished in clear violation of Article 21 of the Constitution. This scope further has been extended even to innocent hostages detained by militants in shrine who are beyond the control of the state.

In view of the interpretation given to the words “life” and “personal liberty” in various decisions of the Supreme Court, it can be said that the protection of life and personal liberty has got multi-dimensional meaning and any arbitrary, whimsical and fanciful act of the State which deprives the life or personal liberty of a person would be against the provision of Article 21 of the Constitution.

These rights so available to citizens are yet to be realised by the deprived sections of the society because of the several constraints viz. financial, social, educational, lack of awareness, etc. India needs to make a genuine effort to realise these goals. Strong institutional foundation is needed for the said purpose.

The foundations of social, political, administrative, legal, democratic, economical, and cultural structure structures of India are quite strong in India. The strength of these structures if utilised efficiently and effectively would help us to realise the goals of constitution for the all-round development of every Indian enabling all to lead life in the most dignified manner. The rights so interpreted by the Supreme Court will certainly help the nation to realise the goal of “sarvodaya” and “antyodaya” but that need a continuous effort from all the corners of the society.