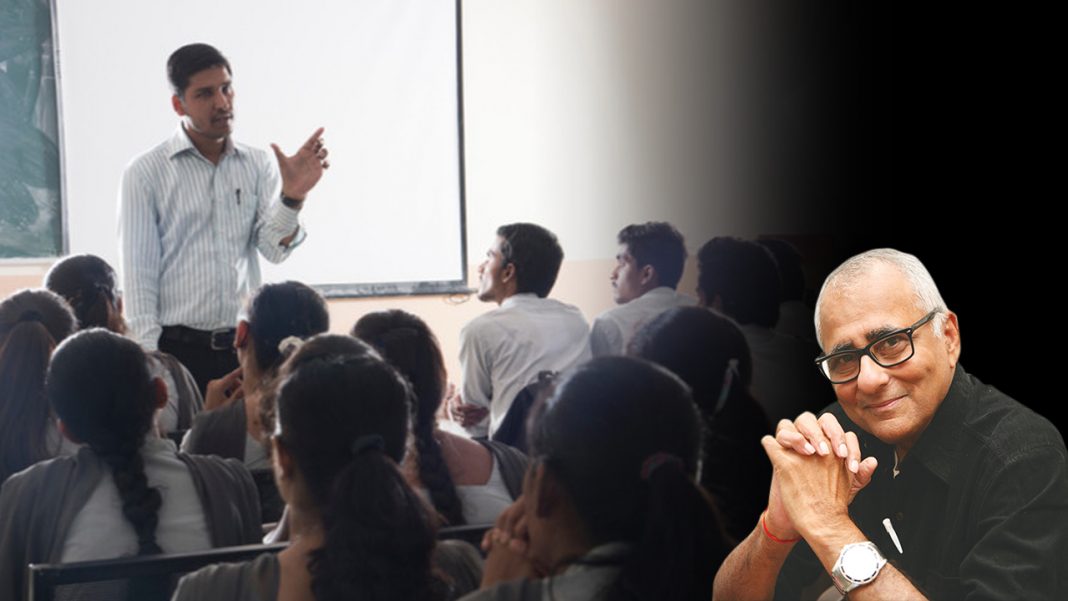 Many astute observers of India’s educational system had hoped that following the enunciation of the Modi government’s ambitious New Education Policy, structural changes in what is admittedly a system in dire need of reform and modernisation, would follow in rapid succession. As is often the case when social game-changing reforms are under way, led by either an enlightened branch of the government or by a civil society incentive based on broad consensus, other arms of the State also pitch in to carry the momentum forward.

One related area crying out for amelioration is the burning issue of ad hoc teachers which has been pending before the courts. And it has been the fervent hope of academicians and the pedagogic community that the apex court, last week, would take some additional, decisive steps in solving what is really a burning social issue that concerns not only the teachers but also parents, students and school administrators.

But there were disappointed faces when the Court finally ruled. In early September, India Legal magazine had reported the Supreme Court’s observation that lecturers and trained graduate teachers (TGT) being made to work without regularisation for years is complete ad hocism in the working of the education system. The Court found everyone liable to be blamed for this scenario because what was just an ad hoc arrangement never fructified into proper regularisation and no exam had ever been held for recruitment.

“The present dispute is a reflection of the mess in the education system where, starting from the primary level to the highest level, ad hocism seems to prevail in the appointment of teachers and lecturers. This, in turn, is having consequences for the students who need to benefit from the best education process,” the Court remarked.

However, an application, seeking modification of the Supreme Court’s order dated August 26, 2020, pertaining to appointment and regularisation of ad hoc lecturers and assistant teachers in the state of UP has now been dismissed by a three-judge bench comprising Justices Sanjay Kishan Kaul, Dinesh Maheshwari and Hrishikesh Roy on October 5.

The earlier order, aimed at cleaning up the messy system of teachers’ appointments, had issued the following directions aimed at the State of Uttar Pradesh and the UP Secondary Education Service Selection Board:

Seeking further relief, ad hoc lecturers/assistant teachers from colleges in Azamgarh, Devipatan (Gonda), Ayodhya and Lucknow divisions filed an application and prayed for modification of the order. They argued that the interests of equity and fair play would further be served if:

“(II) The Court should direct the Government and Respondent Commission to conduct limited competitive examination confined to the subject, taught by such teachers

“(III) more than one attempt should be given to such aspirants (teachers).”

The main contention behind these pleas was that the ad hoc teachers had been teaching a particular subject for more than 12-15 years. At this juncture, it would be nearly impossible for them to compete with fresh applicants who would have the obvious advantage of having a better command over the rest of the syllabus.

The applicants were represented by Senior Counsel Mukul Rohatgi, Rakesh Dwivedi and Venkatramani. The applications were drawn up and filed by Shariq Ahmed, an advocate. The Supreme Court dismissed their applications with the oral observation: “What would have happened if we had dismissed the Appeals just as High Court did?”

The Court’s reference was to the earlier rejection in December 2015 by the Allahabad High Court, Lucknow Bench, of the plea of ad hoc teachers seeking issuance of

“mandamus commanding the opposite parties to regularise the service of petitioners in the institution itself on their respective posts after framing the scheme of regularisation”.

The Court certainly has a point there. But the applicants, while satisfied with the Court having recognised and taken up the larger, macro aspects of the problem may still be left with an important aspect of a burning issue still burning.

Did you find apk for android? You can find new Free Android Games and apps.
Share
Facebook
Twitter
Pinterest
WhatsApp
Previous articleDelhi Police EOW arrests 3 for Rs 10 crore scam, more in line; here are the details
Next articleMob violence is an attack on the root of civilised society: Allahabad High Court