The role of Income Tax in building the nation 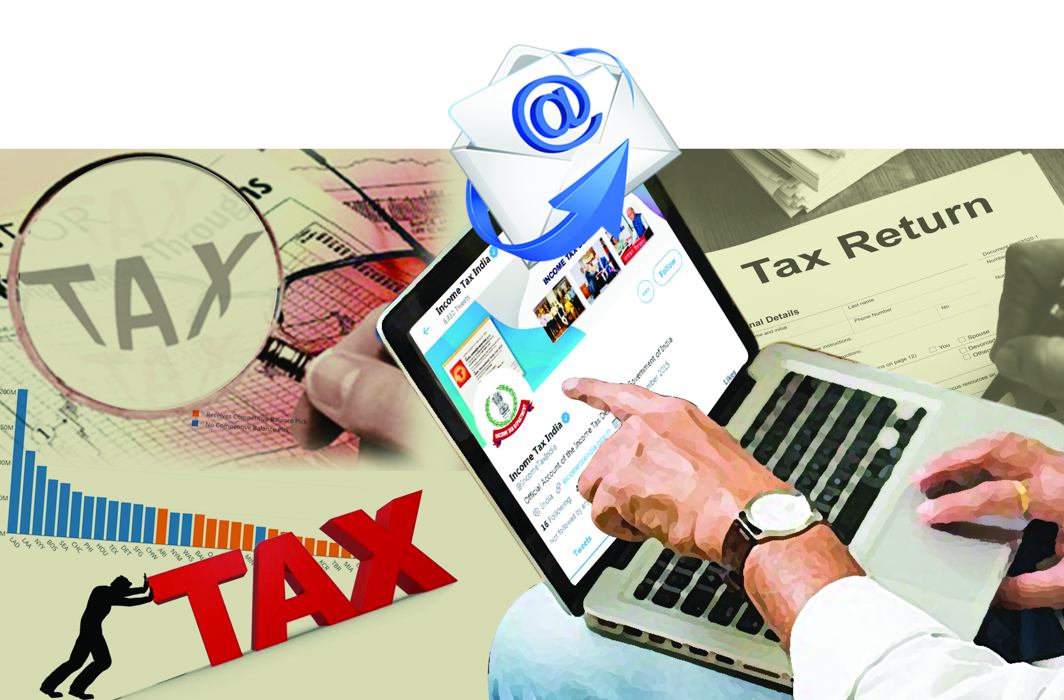 Every country needs to have infrastructure and facilities for its citizens which should match their living standards. This needs a large amount of money to make advanced infrastructure and provide better facilities to its citizens, therefore, most democratic countries tax their citizens to raise the amount so required. Hence, it’s the need of the hour for laymen to understand the concept of tax.

Taxes are the main source of revenue collection for the government so that the government may utilize this revenue for development of infrastructure, providing healthcare, education and other welfare schemes for citizens.

There are mainly two types of taxes, one is known as Direct Tax and another one is Indirect Tax.

Direct Tax is levied directly on the income earned, for example Income Tax.

Indirect tax is levied on goods and services for which the consumer pays while buying any goods or services.

What is Income Tax?

Income tax is a type of tax, levied by the Government on the income earned during a financial year by individuals and businesses. The word “Income” has a very broad and inclusive meaning which is defined under Section 2(24) of the Income Tax Act, without getting too much in depth we will understand it in a simple way:

Income from Salary:  In case of a salaried person, whatever amount received from an employer, either in cash or kind will be considered as income of the person. The amount received by an employee from his/her employer comes under the head “Income from Salary”. The amount of Salary includes basic pay, dearness allowance, medical, transport, annuity, gratuity, advance of salary, allowances, commission, perquisites in lieu of salary and retirement benefits etc.

Any rental income from residential or commercial property will amount to be income and the same is taxable under Income Tax Act, 1961.

Income from other sources:  Any income that does not come under the above four heads of income is taxed under the head income from other sources, for example, savings bank interest, family pension or gifts received, investments in the form of Interest, Dividend and Commission, lottery you win or Reality shows like “Kaun Banega Crorepati” etc. all these Incomes are taxable.

The concept of Income Tax is very progressive and productive. Funds and capital are not evenly divided among the people of a country. Some have abundant funds; some have moderate funds; some have meagre funds, and some have almost no funds. The Government itself has no funds or capital; it generates funds and capital from taxes. Income tax is the most potent and effective medium to collect these funds from people according to their capability and affordability to pay the tax.

The primary objective of any government is to achieve equal distribution of wealth. Direct taxes in India play an important role in attaining this equality. These taxes are designed with progressiveness; they are beneficial in reducing income inequalities. The government levies higher taxes on taxpayers who can afford them and uses this money to help the poor, which reduces the ill-effects of income inequality.

This type of tax is productive and elastic. The revenue earned through such taxes automatically increases or decreases depending on the changes in the national economy system of the country.

Thus, we should pay Income Tax to build our nation, the revenues collected from income tax are directly spent on the national projects of development.  It uses to construct new roads, Highways, Flyovers, and Railways etc. It is also used to buy new defence equipment and new defence researches for the safety of our country and to construct new hydro, solar, nuclear and thermal power generation units for a progressive country. It is also used for space researches and sending new rockets and installation of satellites into the space. All projects of national development are run and financed by this revenue collected from income tax. Besides, contributing to national development and security, income tax is also used for welfare schemes for the deprived and weaker sections of society. It is a great tool to build a progressive nation; therefore everyone must pay income tax honestly for the prosperity and progress of our nation. Finally in my words:

“My Income Tax for my India”

The author is Advocate, Supreme Court of India