Despite a new mechanism for judicial appointments and transfers being in place, judges are transferred without assigning any reason. This will adversely impact the justice delivery system of High Courts. 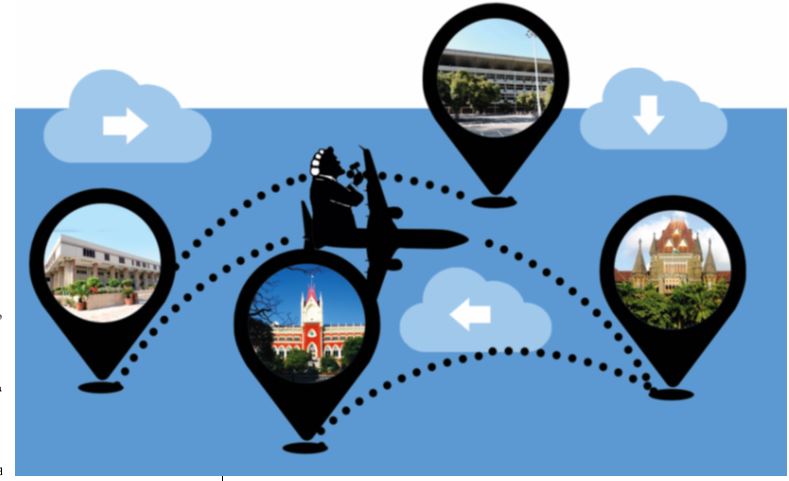 Transfers are common and an integral part of service, except in cases where it is mala fide on the part of the authority. Any transfer order passed without proper justification due to personal vendetta, bias, influence or passed in lieu of punishment without following the rules of service is liable to be set aside as being illegal and arbitrary. However, this rule applies to all public services except judges of High Courts.

Transfers have been used as a device to punish judges for unfavourable judgments. A little after the first supersession, another threat to judicial independence was exerted through the mass transfers of High Court judges who delivered judgments inconvenient to the government during the Emergency of 1975-77. One of the victims was Justice SH Sheth who was transferred from the High Court of Gujarat to the Andhra Pradesh High Court. He challenged the validity of this order on the grounds that it was without his consent and without consultation between the president and the chief justice of India (SH Sheth vs Union of India, 1976). The Gujarat High Court rejected the petition and the matter reached the Supreme Court which disposed of the appeal on assurance by the Union of India to withdraw the transfers (Union of India vs SH Sheth, A.I.R. 1977).

But the controversy did not stop here and became a matter of consistent judicial discourse through the three judges transfer cases. The outcome was a new mechanism for judicial appointments and transfers precisely on the ground that the judiciary must be immune from executive influence. A cursory look at recent transfers of some High Court judges demonstrate that nothing has changed on the ground.

In 2016, Justice Rajiv Shakdher was transferred from the High Court of Delhi to the Madras High Court. He had set aside the central government’s lookout notice against Greenpeace activist Priya Pillai that had led her to being offloaded from a London-bound flight. Several eminent lawyers had protested against his transfer.

Similarly, Justice Abhay Mahadeo Thipsay of the Bombay High Court was transferred to the High Court of Allahabad when his retirement was due in less than a year. Justice Thipsay had imposed life sentences on nine of the 21 accused in the Best Bakery riot case (2006) during the 2002 Gujarat carnage. He was also outspoken at the time when a media gag order was issued by Special CBI Judge SJ Sharma on the ongoing Sohrabuddin trial, according to media reports.

In 2017, Justice Jayant Patel, who was slated to be appointed as chief justice of the Karnataka High Court resigned when he was transferred to Allahabad High Court. This transfer would have reduced his chances of elevation to the Supreme Court owing to his downgraded seniority in the Allahabad High Court. Significantly, he was a member of the bench of the Gujarat High Court that had ordered a CBI probe in the Ishrat Jahan encounter case.

On August 28, 2018, the Supreme Court collegium recommended Justice VK Tahilramani, then chief justice of the Madras High Court, to the Meghalaya High Court.  Media reports suggest that the motive for her transfer was her decision (in May 2017) upholding the conviction and life imprisonment of 11 accused in the Bilkis Bano gangrape case while setting aside the acquittal of seven persons, including policemen and doctors.

A division bench of the Bombay High Court of Justice Tahilramani and Justice Mridula Bhatkar in its 430-page judgment held that while the probe conducted by the Gujarat police was “flawed with a dishonest investigation,” the evidence and statements given by Bilkis Bano were “completely trustworthy”. The bench also observed that “the postmortem conducted by the doctors were perfunctory and manipulated and done in order to cause disappearance of evidence and to screen the offenders”.

Justice Tahilramani made a representation against the Collegium’s decision to transfer her. However, as usual, without assigning any reasons it observed: “The Collegium has carefully gone through the aforesaid representation and taken into consideration all relevant factors. On reconsideration, the Collegium is of the considered view that it is not possible to accede to her request. The Collegium, accordingly, reiterates its recommendation dated 28th August, 2019 for transfer of Mrs. Justice V.K. Tahilramani to Meghalaya High Court.”

Surprisingly, the Supreme Court collegium has emerged as the only institution in our constitutional framework which cannot be questioned on any ground. Justice Tahilramani resigned and the president accepted her resignation immediately.

On February 26, 2020, a bench led by Justice Muralidhar heard a petition filed by Harsh Mander seeking direction to the Delhi Police to register an FIR against certain people for alleged hate speech which led to violence in Delhi. The bench directed the Delhi Police to take a cognizant decision according to guidelines laid down in Lalita Kumari vs State of Uttar Pradesh. During the oral hearing, it seems that Justice Muralidhar made some remarks over the failure of the police to file an FIR.

Within a few hours of the High Court’s order on February 26, the law ministry notified the transfer of Justice Muralidhar and directed him to assume office. It was surprising that the notification only included him and not Justice Subramonium Prasad who was also part of the same recommendation of the collegium. Though it was a recommendation of the collegium, the timing of the transfer notification and not providing Justice Muralidhar reasonable time to assume the new office makes the executive action suspicious. The bar had protested against his transfer order.

In a major reshuffle orchestrated by the Supreme Court collegium recently, several judges of High Courts, including chief justices, were transferred. Justice Akil Kureshi, the number two judge in the all-India seniority list of High Court judges and the chief justice of the Tripura High Court, was transferred. He was at the centre of a two-year bottleneck within the Supreme Court collegium over the appointment of judges. This time, he was transferred as chief justice of the Rajasthan High Court. This was done when his retirement was due in just four months’ time.

Chief Justice of the Rajasthan High Court Justice Indrajit Mohanty was transferred to the Tripura High Court (due to retire in November 2022) and Justice Mohammad Rafiq (due to retire in May 2022) from Madhya Pradesh was transferred to Himachal Pradesh without assigning any reasons as to how this would improve the administration of justice. Frequent transfer of chief justices adversely impacts the justice delivery system in High Courts.

So why is a judge or a chief justice of a High Court transferred? What parameters are taken into consideration? How does the transfer contribute to better administration of justice, especially when a chief justice is transferred frequently? Are the views of the consultee-judges given due weightage by the collegium?

The simple answer is that the public does not know anything about it even after three decades of such a mechanism being in practice. This is despite the Supreme Court preaching about a citizen’s right to know how its public institutions are functioning. This also casts doubt on the collegium’s commitment to principles of independence, fairness, natural justice and transparency while transferring judges. The collegium should give reasons for transferring judges of High Courts. Judges should not be transferred like government servants.

—Prof Yogesh Pratap Singh is a Professor of Law, NLU, Odisha, and Lokendra Malik is an Advocate, Supreme Court