The social media giant finds itself in a soup over tweets by celebs supporting the farmers’ protests. With the centre asking it to block 1,178 accounts and Twitter not complying, a legal battle looms ahead. 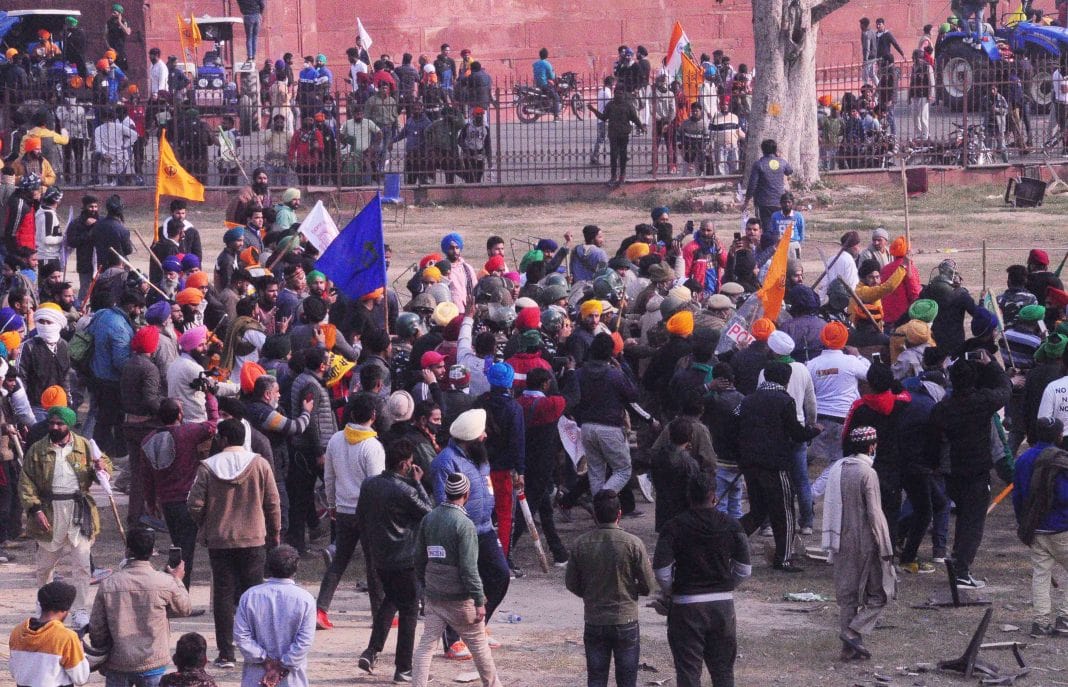 There is a virtual war being unleashed over Twitter. On February 4, the government sent it a list of 1,178 accounts that it wants removed or blocked. The centre alleged that these accounts were being run from Pakistan and were tweeting about the farmers’ protests. It said that if the executives of Twitter failed to do this, they could face imprisonment up to seven years.

Soon after, a Washington Post editorial described the Indian government as a “dictatorial” regime like Myanmar. This was followed by pop star Rihanna and green activist Greta Thunberg tweeting support for the farmers’ agitation. All this took Twitter propaganda to the level of an “Information War”.

Twitter refused to abide by the notice of the government under Section 69A of the Information Technology Act 2000 (ITA 2000). Earlier on January 31, the government had sent it a list of 257 tweets and accounts that it wanted blocked in India. Twitter initially complied, but later reinstated the accounts, stating that according to Twitter rules, the posts were protected under freedom of expression.

At the same time, Twitter decided to suspend the tweets of actress Kangana Ranaut as they were not in accordance with its standards. Twitter is now challenging the government and indicated that it has a legal right to overrule Indian law. This is similar to the behaviour of the East India Company which framed the rules of voluntary surrender of Indian rulers by imposing on them a condition that if they do not have a legal heir, they should accede the kingdom to it.

The ball is now in the court of the government. Will it respond meekly and surrender to Twitter or assert its right to establish its authority? And what is the legal status of Twitter in the context of the current controversy?

Compared to a print publication, Twitter is like a newspaper which consists predominantly of “Letters to the Editor”, with advertisements in between. It, therefore, contains more views than news. To recognise a publication as news, there has to be more news than views. According to copyright laws, in fair use in reporting of a copyrighted work, the accepted norm is that the reproduction of the original should not exceed 10 percent. Similarly, according to the ethics of journalism, any publication in the category of a newspaper should predominantly have news which is a factual report of an occurrence of an event. Views should be incidental and advertising should be sparse. Twitter, therefore, does not pass this test as a news publication.

If a publication says that “there was a protest of 10,000 persons in Delhi opposing the recently passed farm laws on APMC regulation, MSP and Contractual Farming”, it is a news report. But if the publication says that hundreds of farmers died during a protest and that Narendra Modi is carrying out a genocide against them that is propaganda. If a person dies while trying to run over a barricade and a journalist claims that he was shot dead by the police, it is fake reporting meant to instigate further violence. Twitter is guilty of such fake reporting containing provocative statements. In such a scenario, the government has a duty to take action against the publication. The least that is expected in such a situation is blocking of individual tweets and fake accounts.

When the direction comes from a court, then Twitter has no option but to obey. When it comes from a government authority with relevant powers under the ITA 2000, it has to be implemented, but can be challenged in a court of law. Twitter does not have the right to overrule the notification of the government under the law. If this results in a violation of Section 69A of ITA 2000, then the company as well as its officers and CEO are liable to be charged with a criminal offence.

Further, since the provocative statements encourage commission of a cognisable offence and spreading hatred, the offence falls under the definition of “cyber terrorism” as per Section 66F of ITA 2000 and could be punishable with life imprisonment. As Greta Thunberg promoted a “toolkit” which talked of protests around the world over the farmers’ issue, it could be considered a conspiracy in which Twitter, by providing the platform, is also the co-accused.

It was clever of the public policy head of Twitter in India to have resigned to avoid any criminal action against her. But whether the resignation can prevent her from being charged for an offence that happened when she was in charge of the business is doubtful. As regards removal of content, Twitter is not a judicial authority to determine whether the notice issued by the government is in accordance with international laws of freedom of speech or human rights.

The Delhi High Court in Baba Ramdev vs Google, Twitter and Facebook had clearly stated that removal of objected to data is mandatory when there is a judicial order. This could be extended to an administrative order which is not challenged in a judicial forum.

As Twitter is a global platform, the question that arises is whether a publication that has been objected to has to be removed only for the Indian audience or for the global one too. This question was answered in the above Delhi High Court judgment where it was held that if the objectionable data has been uploaded from India, it has to be removed globally, but if it is posted from abroad, it has to be blocked from Indian viewers.

Further, it must be noted that “content regulation” is inherently in conflict with the concept of an intermediary. As long as the content publisher retains the power to choose what to publish and what not to, he is not an intermediary. Hence, there is no protection under Section 79 of ITA 2000 even if he has practised due diligence.

Therefore, Twitter has to directly face the charge of contravention of Section 69A and Section 66F as if the offence was committed by it directly in conspiracy with others. By deciding to block Kangana Ranaut but publish Greta Thunberg and Rihanna, Twitter has shown a positive intent in taking sides in the farmers’ agitation.

There is also a demonstrated lack of good faith. The government, therefore, has a strong case for blocking Twitter from India and taking criminal action as and when necessary. By not appointing a grievance officer as required under ITA 2000, Twitter is already in contravention of the law for which action can be initiated.

Twitter’s country representative who resigned when the offence occurred remains liable unless she is able to convince a court that she did due diligence to prevent the offence which was perhaps overruled by the company.

If the government fails to take strong action against Twitter, then any internet-based law, including the forthcoming Personal Data Protection Act, will be rendered ineffective. Plus, the government will be considered weak. The legal battle ahead will be interesting as it will lay down the principles of how international media companies waging an information war against a sovereign government can be disciplined by the judiciary.