CJI Ramana asked the A-G to use his good offices to talk to the centre about evacuation of students from Ukraine. The Court is the guardian of fundamental rights and has a good record in protecting them. 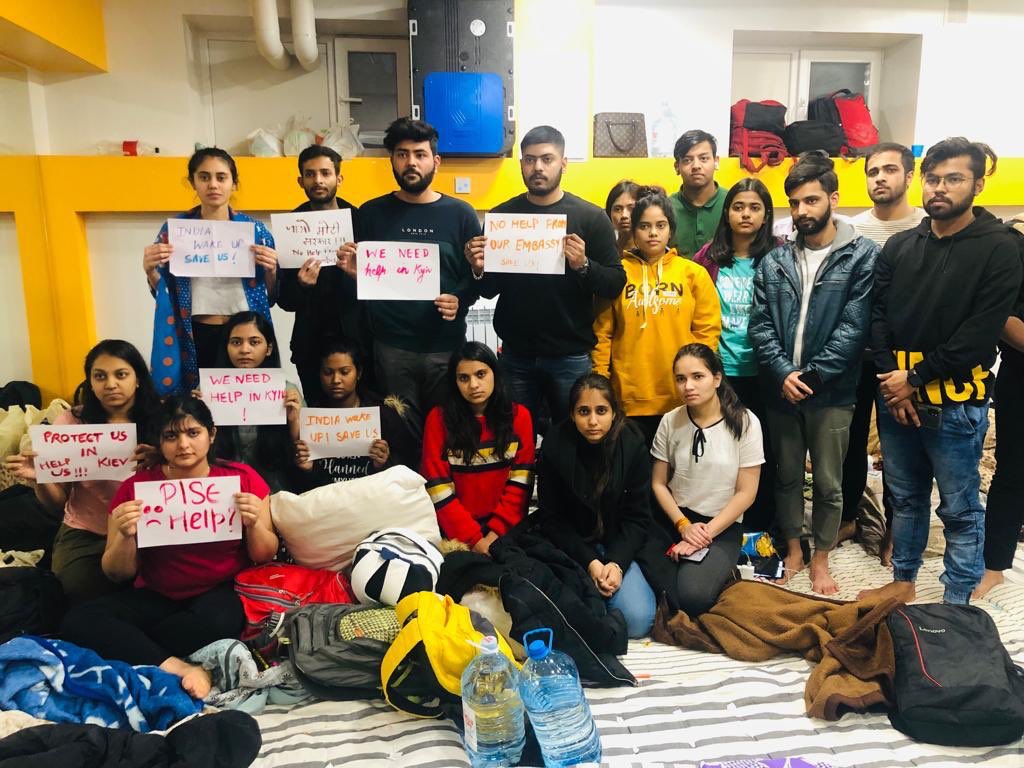 Recently, the Supreme Court asked Attorney-General KK Venugopal to encourage the centre to help medical students who have been stuck in Ukraine and facing serious security threats due to the country’s war with Russia.

A three-judge bench headed by Chief Justice of India (CJI) NV Ramana, and comprising Justices AS Bopanna and Hima Kohli, took this matter on the request of an advocate. He requested the Court to come to the rescue of a girl student stranded at the border of Ukraine. The advocate pleaded that “the students have been prevented from crossing the border. The temperature there is -7 degrees. They are without food, water, or money”. He requested the Court to direct the centre to intervene and evacuate the students from Ukraine. The petitioner is a medical student who is part of a group of students based in Odessa, Ukraine. The students were trying to get through to neighbouring Moldova, but were stranded on the border.

Venugopal, who was present in the Court, said that Prime Minister Narendra Modi had already talked to the presidents of Russia and Ukraine about the evacuation of Indian students and a minister had also been sent to Romania to facilitate the evacuation. He also informed the bench that Indian nationals who had crossed the border were given necessary aid and evacuated via special flights arranged for this purpose. Venugopal also stated that it was strange that Ukraine was not allowing the students to cross the border. Upon hearing this information, CJI Ramana said: “Please use your good offices and talk to the government.” The attorney-general assured the Court that he would do so.

The Court also asked the petitioner’s advocate to give a copy of the petition to Venugopal. This is indeed a much needed step during this difficult time when thousands of Indian students are facing serious threat to their life and personal liberty. In these kinds of matters, the Court has a limited option and these issues are required to be handled by the government that looks after foreign policy issues.

Also, some persons have approached different High Courts about this situation. However, the Supreme Court did not appreciate such petitions and directed the High Courts to stop entertaining and issuing directions in such cases when the Supreme Court was already hearing the matter. “Mr. AG, you can inform your counsels appearing in State High Courts that once we are hearing and Centre is taking steps, there is no meaning in every High Court entertaining and granting directions. Bring it to High Courts’ notice that we are seized of matter,” CJI Ramana told Venugopal, as per the media reports.

The A-G informed the Court that 17,000 students had been brought back from Ukraine. The Court also asked him to persuade the government to set up a helpdesk for the families of the stranded nationals. On this, the A-G told the Court that the government is as much concerned as the Court. “We are not saying a single word about Centre. We appreciate that. But we are concerned about these students,” the Court observed.

The concerns raised by the Court need immediate attention and corrective measures on the part of the government. The Court has rightly intervened in this matter of great public importance. This is what the people expect from the judiciary.

The Supreme Court is the guardian of the fundamental rights of the people under our constitutional scheme. The Court has a remarkable record of protecting these rights ever since its establishment, barring a few instances wherein it disappointed the people during the Emergency in 1975, particularly in the ADM Jabalpur case.

The Court has also devised a unique tool of PIL to help those who are unable to get access to justice. This is not the first time when the Court has expressed its concerns about human rights issues. Whenever there is any threat to the personal liberty of people, the Court does not hesitate even to take a suo motu notice of the situation. At a time when thousands of students are stranded in different places of Ukraine, the Court has appositely asked the A-G to ensure the protection of their right to life and personal liberty. The embassy in Ukraine is duty bound to help them during this difficult time. Although the Court has no control over the situation in Ukraine, it has the power and justification to direct the centre to provide necessary relief to the students. In this case, the Court has followed a balanced approach, looking into the vital issues relating to international relations and human rights. The Court has rightly asked the highest law officer of the country to look into the matter and convince the government to come to the rescue of the stranded students in Ukraine.

Sadly, two Indian students have lost their lives in Ukraine. This has increased the threat to others also. After these incidents, the government is also cautious about the whole situation and the prime minister himself is monitoring the entire situation. He is in constant touch with the Russian and Ukranian presidents and the evacuation process has been expedited.

This is a very difficult situation which should be handled carefully by the ministry of external affairs. The Court’s concerns are likely to be addressed urgently by it. The diplomatic missions of our country have faced these kinds of challenges earlier also.

The Court deserves thanks for intervening in this matter. Protecting human lives is the greatest duty of all branches of the State, including the judiciary.