While the manufacturer of Covaxin got itself in a jam with Brazil following an inspection of its Hyderabad facility, AstraZeneca’s vaccine was put on hold in several nations after reports of blood clots. How safe are these vaccines? 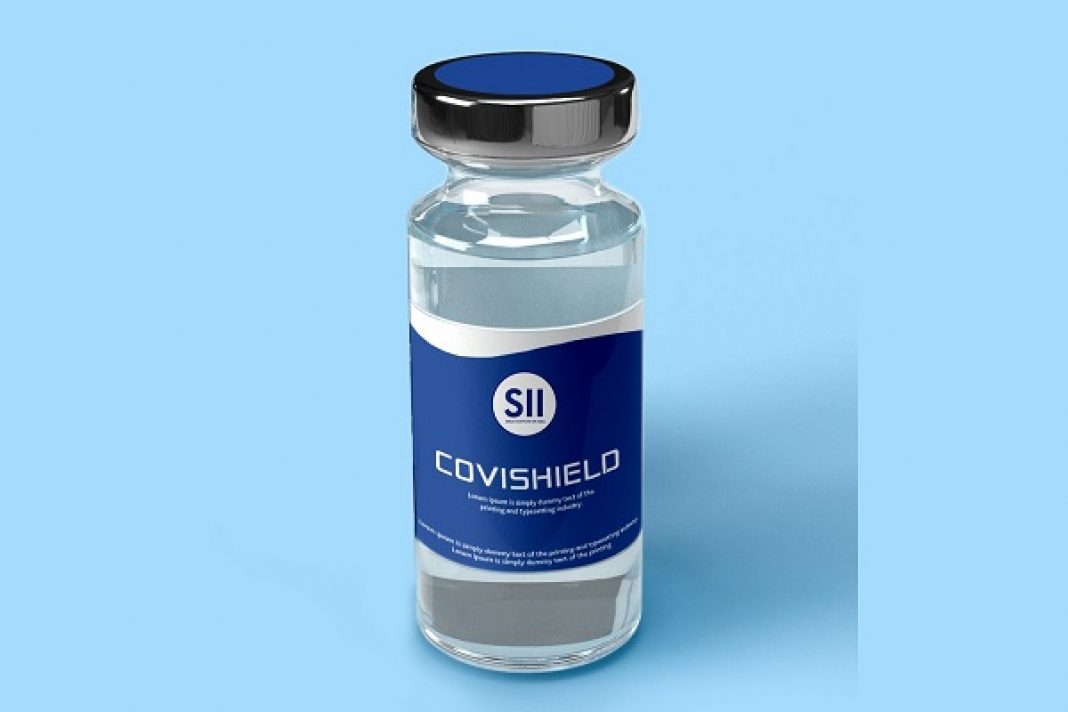 Covaxin, India’s indigenous Covid-19 vaccine developed by Bharat Biotech in collaboration with the ICMR and National Institute of Virology, and AstraZeneca Covid-19 vaccine have come under the scanner for various reasons.

Earlier this month, Brazil’s health regulator rejected an application to give Covaxin a certificate of Good Manufacturing Practices following an inspection of Bharat Biotech’s site in Hyderabad recently. This move could potentially delay its ability to supply doses of the Covid-19 vaccine to the country until the issue is resolved. In the case of the Astra­Zeneca vaccine, there were reports of blood clots that caused deaths in those who had taken it.

Incidentally, inactivated vaccines like Covaxin do not replicate and contain dead virus. Therefore, they are unlikely to revert and cause pathological effects. They are incapable of infecting people, but can still instruct the immune system to mount a defensive reaction against an infection.

Covaxin is used along with immune potentiators, which are added to the vaccine to increase and boost its immunogenicity. It is a two-dose vaccination regimen, given 28 days apart. It is a vaccine with no sub-zero storage, no reconstitution requirement and ready-to-use liquid to be used in multi-dose vials and is stable at 2-8 degrees C. Pre-clinical studies conducted on hamsters and non-human primates have demonstrated strong immunogenicity and protective efficacy. The vaccine had received approval from the Drug Controller General of India (DCGI) for Phase I & II human clinical trials in July, 2020.

A total of 375 subjects were enrolled in the Phase 1 study and generated excellent safety data. Vaccine induced neutralising antibody titers were observed with two divergent SARS-CoV-2 strains. The percentage of all the side-effects combined was only 15 percent in vaccine recipients. In the Phase 2 study, 380 participants of 12-65 years were also enrolled. Covaxin led to tolerable safety outcomes and enhanced humoral and cell-mediated immune responses.

Bharat Biotech has been approached by several countries for the procurement of Covaxin. These include Mongolia, Myanmar, Sri Lanka, Philippines, Bahrain, Oman, Maldives and Mauritius.

In India, on March 23, only 8 percent of all vaccine doses administered to frontline and healthcare workers since January 16 were of Covaxin; the rest were Covishield, the vaccine manufactured by Serum Institute of India under license from AstraZeneca Plc.

But an inspection by Agencia Nacional de Vigilancia Sanitari (ANVISA), Brazil National Health Surveillance Agency, from March 1-5 of Bharat Bio­toech’s facility in Hyderabad revealed issues related to the manufacturing processes which could potentially risk the quality of the vaccine.

The major issues flagged include safety-related observations that the company had not validated the method of analysis to prove complete inactivation of the virus. According to ANVISA, considering that Covaxin is an inactivated vaccine, the company needs to ensure that the virus was completely inactivated, otherwise live virus may be present in the vaccine. The regulator also felt that the company was not taking all the necessary precautions to guarantee the product’s sterility and a lack of adequate control strategies to guarantee the vaccine’s purity. Other observations were that the company does not use a specific control method to quantify the antigen content and potency of the vaccine. The vaccine may have variations in the antigen content and consequently, compromise its effectiveness, according to the regulator.

Unlike the Pfizer and Moderna vaccine candidates, Covaxin delivers a relatively small number of viral particles to the body. These particles are first modified to keep them from replicating within the human body. As a result, any concerns over the method by which Bharat Biotech inactivates the viral particles before using them in the vaccine doses are likely to affect perceptions of the vaccine’s safety and vaccine hesitancy.

An interim efficacy analysis published in The Lancet found that Covaxin is “safe, immunogenic with no serious side effects”. However, it was only the Phase 2 results of the vaccine and the report suggested further corroboration with Phase 3 safety results.

The report said: “The results reported in this study do not permit efficacy assessments. The evaluation of safety outcomes requires extensive phase 3 clinical trials. We were unable to assess other immune responses (i.e., binding antibody and cell-mediated responses) in convalescent serum samples due to the low quantity. Furthermore, no additional data on the age of the participant or the severity of disease from symptomatic individuals were obtained.”

Researchers did a randomised, double-blind, multicentre, Phase 2 clinical trial that helped evaluate the safety and immunogenicity of Covaxin in healthy adults and people between 12 and 65 years at nine hospitals in India. According to the researchers, the most common adverse event in the Phase 2 trial was a pain at the injection site along with headache, fatigue and fever. No life-threatening adverse events were reported in the trial.

They administered two intramuscular doses of the vaccine, four weeks apart, in 380 healthy children and adults. They observed higher neutralising antibody litres (two-fold) in the second phase of the trial. After two doses, it was found that people experienced a side-effect of 10-12 percent, which is six times lower than other emergency use authorised vaccines.

In the second phase of the vaccination drive that started on March 1, Prime Minister Narendra Modi took the Covaxin shot to assure people that it is safe. The results of Phase 3 trials of the vaccine announced by Bharat Biotech show 81 percent efficacy in preventing the coronavirus in those without prior infection after the second dose.

Coming to the AstraZeneca Covid-19 vaccine, there were recently several reports of blood clots that caused deaths in those who had taken this vaccine. This caused concern and fear worldwide. These clots occurred in the brain (cerebral venous sinus thrombosis) and the abdomen (splanchnic vein thrombosis). Most cases occurred in the younger age group (below 55 years). So far, the incidence of clots is stated to be about 1 in 1,00,000 recipients.

Denmark was the first country to report these blood clots and subsequently put it on hold. In a ripple effect, several European countries, including Norway, Germany, France, Italy, The Netherlands, Portugal and Spain, also stopped the use of AstraZeneca following reports of blood clots in their countries. Thailand also followed suit. Australia is the latest country to stop the use of this vaccine in people younger than 50.

Initially, when the incidents first came to light, the WHO put its faith in the safety of the vaccine and so did the European Medicines Agency. WHO said no link between the adverse event (thromboembolism) and the vaccine could be established. Following a safety review, it was recommended that the benefits outweigh any risks.

A link between the vaccine and blood clots, though rare, has now been recognised, though the cause is yet to be identified. Last week, following a review of safety data from the EMA and Medicines and other Health products Regulatory Agency (MHRA) of the UK, the subcommittee of the Global Advisory Committee on Vaccine Safety recognized the possibility that the Astra­Zeneca vaccine could cause blood clots in some recipients. It said: “Based on current information, a causal relationship between the vaccine and the occurrence of blood clots with low platelets is considered plausible but is not confirmed.” The EMA had earlier recommended that unusual blood clots with low blood platelets should be listed as very rare side effects of the vaccine, but also added that the advantages still outweighed the risks.

In an interim statement on April 7, the subcommittee cautioned that “individuals who experience any severe symptoms such as shortness of breath, chest pain, leg swelling, persistent abdominal pain, neurological symptoms, such as severe and persistent headaches or blurred vision, tiny blood spots under the skin beyond the site of the injection from around four to 20 days following vaccination, should seek urgent medical attention. Clinicians should be aware of relevant case definitions and clinical guidance given for patients presenting thrombosis and thrombocytopaenia following COVID-19 vaccination”.

More recently, reports of capillary leak syndrome have come in from people who took the AstraZeneca vaccine. Five cases of this very rare disorder, characterised by leakage of fluid from blood vessels causing tissue swelling and a drop in blood pressure, were reported in the EudraVigilance database, said the EMA in its press release on April 9, 2021. It is under investigation by the EMA. So far, there is no evidence to link this event to the vaccine.

As doctors, we must weigh the risks versus benefits in high risk and susceptible individuals, minimise these and prevent complications. Not taking the vaccine is not the solution; taking precautions is the answer.

Did you find apk for android? You can find new Free Android Games and apps.
Share
Facebook
Twitter
Pinterest
WhatsApp
Previous articleSexual harassment complaint filed against Amritsar godman in Delhi
Next articleGoogle’s use of Java applications was fair, rules US Supreme Court