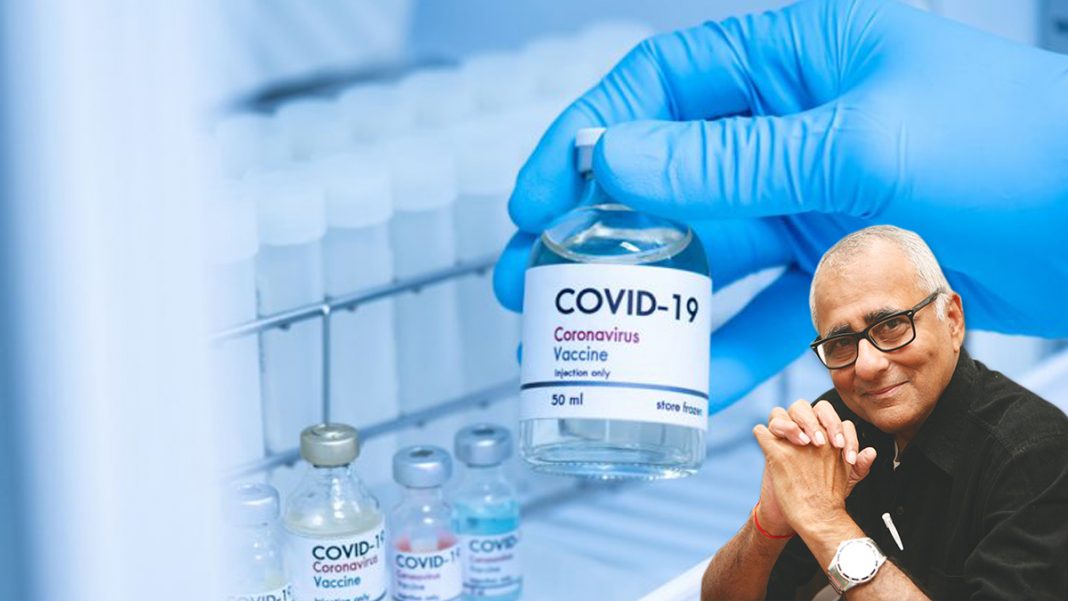 “Water, water everywhere,/ Nor any drop to drink.” These famous lines from Samuel Taylor Coleridge’s The Rime of the Ancient Mariner evocatively express a dilemma in which we are in the midst of a potential embarrassment of riches but cannot share in them.

This best describes the sentiment that overwhelms me when I read daily about the successful discovery, testing and production of several varieties of the Covid-19 vaccine. We are surrounded, it now appears, by a surfeit of medical breakthroughs that have produced inoculants against one of the deadliest viruses in this century to invade the human ecosystem. And yet, more people than ever are becoming infected and dying in the very countries which are at the cutting edge of these scientific advancements against the scourge.

Yes, we do indeed—as the science appears to indicate—have the weapon to beat the pandemic into submission. But it will take a while before we learn how best to use it most effectively and which segments of the human race we need to protect. This will require scientific preservation of the precious “antidote” (if I may be allowed to use this colloquialism), process management, transport, training, follow-up, logistical support, discipline, perseverance, endurance and persuasion—all the elements that combine to train soldiers to go into battle.

And the battle looms. And who better to tell us about it than the redoubtable Dr KK Aggarwal, President, Confederation of Medical Associations in Asia and Oceania, and former National President, Indian Medical Association. The renowned physician is one of the most regular and widely read writers in India Legal. His erudition and no-nonsense scientific approach to medical journalism are incomparable and worthy of worldwide emulation.

In our current issue (A Well-oiled Machinery, read here), Aggarwal argues for the creation of a well-oiled machinery. Finding a vaccine suited to India is the least of the problems the government will face. Storing and transporting them at a certain temperature range can be a logistical nightmare, but India is adept at this.

He points out that 11 months into the Covid-19 pandemic, the incredible pace of research has already yielded 13 vaccines that are under large-scale testing. India’s health minister Dr Harsh Vardhan said on November 22, 2020, that a locally developed vaccine could complete its final trials in a month or two, raising hopes for a rapid roll-out in a country with the world’s second highest number of infections.

“The biggest challenge,” says Aggarwal, is the safe storage and transportation of these sensitive vaccines. “Most biological functions in living organisms are carried out most effectively at certain fixed temperatures. Similarly, vaccines that use either weakened or inactivated viruses or specific mRNA sequences also need to be stored in cold temperatures so that they are not ripped apart before entering the body.”

Is India’s cold chain system efficient and sufficient for the Covid-19 vaccine? Does it even exist? Most people reading this will be in for a surprise. Aggarwal reveals that to ensure that potent and safe vaccines are delivered, a network of 27,000 cold chain points has been created across the country where vaccines are stored at recommended temperatures by the Ministry of Health and Family Welfare under the Universal Immunisation Programme (UIP). Under UIP, the first cold chain was established in 1985.

For details, a careful reading of Aggarwal’s article is a must. But suffice it to say that India does have a fairly sophisticated supply chain and an army of knowledgeable, trained handlers including the manufacturers, storage depots, primary and community health centres, insulated vaccine vans, cold chain technicians, supervisory monitors and state and district vaccine stores capable of storing vaccines for three months.

Says Aggarwal: “It is a huge, well-oiled machinery that will kick in to give over one billion Indians the vaccine that they so desperately need.”

Doctor Sahib, we are keeping our fingers crossed.