Indian courts have always exercised an inherent power to levy a fine on aggressive litigation. A page could be taken from a US judgment where strictures were passed on the “profound abuse of the judicial process”. 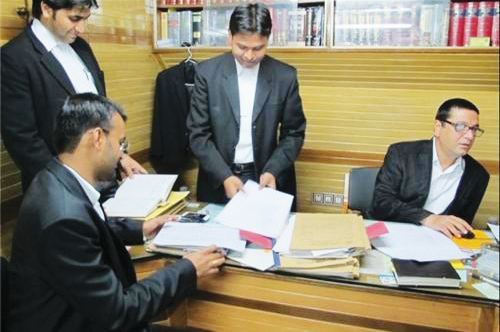 Not too much of reflection and research have guided us in judicial sanctioning of egregious excesses of vexatious litigation. Most societies and legal cultures have enacted legislations by defining and punishing it (mostly through damages) as instances of “annoying”, “habitual”, “unreasonable” and even “aggressive litigation”. But psychiatrists have long studied “litigious insanity”—or “Querulantenwahnsinn”, so named by German psychologist Johann Ludwig Casper in 1857 (among others) as a kind of paranoia in which the patient is engulfed by a delusion where she believes that her legal entitlement to sue for legal damages has been violated and is determined to pursue an imaginary justice. Querlos paranoia is not a term used by common lawyers and judges. It continues even today as a vexed area of interface among law, medicine and psychiatry.1

I do not believe that the Bench and the Bar in India should regard the exercise of Article 32’s basic human right to constitutional remedy (or Article 226’s jurisdiction for “any other purpose”) as a mental disorder. Further, I have always believed that the “foolish excellence”(a virtue in the eyes of philosopher ethicist Emmanuel Levinas)2 in the Bench and the Bar is always morally superior to what high economic theory calls the acts of “rational fools”.3 But, above all, it was the foolish excellence of a man called Mohandas Gandhi who led millions of Indians to freedom against an order of barbarities, the epitome of colonialism, always sought to be justified by rational folly. The Indian Constitution is an exercise in foolish excellence striving for desired social order imbricated by the values and virtues of a democratic, secular, republican ordering ensuring dignity, freedom, fraternity, rights, development, responsibilities and justice. Foolish excellence animates judicial activism, which is triggered by responsible social action litigation, and by the discipline of our Justices which often serves, and even saves, constitutionally desired social order. The point is that even vexatious forms of litigation and adjudication systematically serve high constitutional futures.4

However, our courts have always exercised an inherent power, apart from statutory law, to levy a fine on some forms of vexatious litigation, even in situation of the so-called public interest litigation. This power raises questions about the responsibilities of legal practitioners and Justices alike. Perhaps, the Indian Bench and Bar may take some messages from jurisprudential discourse offered by Eastern Federal District Judge Linda V. Parker in Timothy King vs  Gretchen Whitmer, (August 25, 2001).

She begins the decision with the acknowledgment of “a historic and profound abuse of the judicial process” involved in this litigation, which impermissibly blurs the bright lines between taking “on the charge of vindicating rights associated with an allegedly fraudulent election” and “taking on the charge of deceiving a federal court and the American people into believing that rights were infringed, without regard to whether any laws or rights were in fact violated”. Strong words are often necessary to confront harsh realities.

The Court acknowledges that in “many arenas—including print, television, and social media”, one may freely advance or pursue “conjecture, and speculation”. But such expressions are not “permitted nor welcomed in a court of law”. Even when free speech is protected by judicial veneration of “the freedoms embodied within the First Amendment”, it is also the case that an attorney’s freedom of speech is circumscribed upon “entering the courtroom”.

Specifically, the Court ruled that “attorneys have an obligation to the judiciary, their profession, and the public (i) to conduct some degree of due diligence before presenting allegations as truth; (ii) to advance only tenable claims; and (iii) to proceed with a lawsuit in good faith and based on a proper purpose”. Attorneys also have “an obligation to dismiss a lawsuit when it becomes clear that the requested relief is unavailable”. They “abused”, in this case, “the well-established rules applicable to the litigation process by proffering claims not backed by law; proffering claims not backed by evidence (but instead, speculation, conjecture, and unwarranted suspicion); proffering factual allegations and claims without engaging in the required prefiling inquiry; and dragging out these proceedings even after they acknowledged that it was too late to attain the relief sought”. What is most remarkable here is the displacement of a client-centric perspective, critical always to criminal law practice.

The Court held: “Indeed, attorneys take an oath to uphold and honour our legal system. The sanctity of both the courtroom and the litigation process are preserved only when attorneys adhere to this oath and follow the rules, and only when courts impose sanctions when attorneys do not.” But here, “despite the haze of confusion, commotion, and chaos” which the “counsel intentionally attempted to create by filing this lawsuit”, plaintiffs’ attorneys “have scorned their oath, flouted the rules, and attempted to undermine the integrity of the judiciary along the way”. As such, the Court is “duty bound” to impose “sanctions pursuant to Rule 11 of the Federal Rules of Civil Procedure, 28 U.S.C. § 1927”,5 and under its “own inherent authority”.

Three things must be noted here. First, even if there was no code or statute, the courts have an inherent power coupled with a duty (a Hohfeldian jural relation) to proceed with sanctions; even the guarantee of near absolute freedom of speech in the First Amendment does not extend to conduct tantamount to assaults on the integrity of the “judiciary along the way”6; and although India lacks any equivalent to the American oath, some implications may be derived from an inchoate discipline named “legal ethics”.

However, the duties mentioned here are specific only to profession, the judiciary, and the public. Even otherwise, at least in  India, no one may ever say that “that a requested relief is unavailable”, given, for example, the vast powers  of the Supreme Court of India in appeal and review of its own decisions, special leave petitions, (Article 136) and powers to do “complete justice” (Article 142). Equally vast powers of judicial review remain available to declare constitutional amendments invalid (or read down on grounds of partial severability) as violative of the basic structure and essential features of the Constitution. All this may make the first duty of “due diligence” even more amorphous.

Even so, it remains imperative to have viable standards prescribing the duties of lawyers to the judiciary, profession, as well as the people. By “people”, however, one should not mean only litigating people. We, the people, need to be inclusively grasped as demosprudential—or democracy-reinforcing—tendencies and forces of future histories.

2Levinas was concerned to develop a radical ethic of infinite responsibility, an ethic “despite-me, for another” in which “I am ordered toward the face of the other”. The call of responsibility remains “antecedent to my freedom” for “it is a sacrifice without reserve, without holding back, a form of an involuntary election not assumed by the elected one.” See, Emmanuel Levinas, Otherwise than Being: Or Beyond Essence at 11 and 15 (Pittsburgh, Duquesne University Press, trans. A. Lingis, 1998). See also, Upendra Baxi, “Judging Emmanuel Levinas? Some Reflections on Reading Levinas, Law, Politics”, Modern Law Review 72:1, 116-129(2009).

3See A. K. Sen, ‘Rational Fools: A Critique of the Behavioural Foundations of Economic Theory’, Philosophy & Public Affairs 8:317-344 at 34 (1997). Sen is here questioning the model of the “economic man” as an egoistic being always intent on maximizing his or her preferences devoid entirely of sympathy or commitment to the plight of others. If “ he shines at all, shines … with the dominant image of the rational fool”.

4Professor Lotika Sarkar and I were privileged to initiate social action litigation in Agra Home Case and were astonished at snide comments from senior leaders of the Bar that we were ‘wasting’ the precious time and resources  of the highest court in the land. This sniggering positively ended with a Bench led by Justice PN Bhagwati publicly reprimanded a senior counsel to ‘hold his tongue”!

5This section provides that any attorney “who so multiplies the proceedings in any case unreasonably and vexatiously may be required by the court to satisfy personally the excess of costs, expenses, and attorneys’ fees reasonably incurred because of such conduct.” See, Ridder v. City of Springfield, 109 F.3d 288, 298 (6th Cir. 1997). The purpose of a sanctions award under this provision is to “deter dilatory litigation practices and to punish aggressive tactics that far exceed zealous advocacy.” Red Carpet Studios Div. of Source Advantage, Ltd. v. Sater, 465 F.3d 642, 646 (6th Cir. 2006). Further, “Section 1927 imposes an objective standard of conduct” and “courts need not make a finding of subjective bad faith before assessing monetary sanctions”.

6In India, some alerts have already been issued in an already hastily buried decision in Subrata Roy Sahara vs Union of India (per K Jagdish Singh Khehar, and S. Radhakrishnan), Indian Kanoon, 6 May 2014. Notables remain the acute and anguished ways in which  Justice Khehar referred to aggressive advocacy by some veteran counsel and even to “calculated “psychological offensives and mind games adopted to seek recusal of Judges” which need to be strongly repulsed” (para 145).