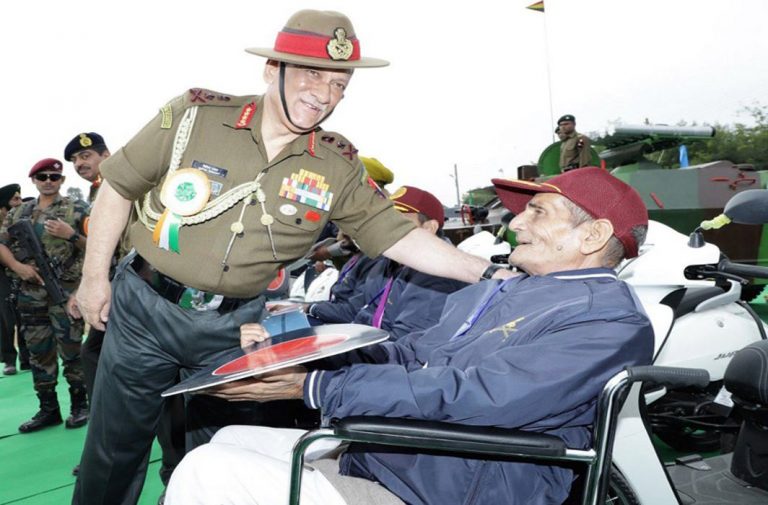 Pension for armed forces personnel with disabilities has come under the scanner due to some unscrupulous people. These loopholes must be plugged and the centre should recalibrate it to minimise misuse

This is a true story. Almost a decade ago, a lieutenant general who was in the reckoning to become an army commander realised he might not make it to that appointment. So, he decided to get himself downgraded from a fully-fit category to a lower one to earn additional disability pension, the disability attributable to hazards of military service. Sometime later, he was informed that he was in line for promotion to army commander and got his disability reversed. The ongoing controversy over misuse of disability benefits is well illustrated.

On June 24, a notification was issued by PC Mody, Chairman, Central Board of Direct Taxes (CBDT), under the finance ministry, to tax disability pension of armed forces personnel—a concession that was introduced by the British in 1922—as it was being misused. The CBDT noted that “tax exemption will be available only to personnel who have been invalidated from service on account of bodily disability attributable or aggravated by service and not to personnel who have been retired on superannuation or otherwise”. This resulted in an uproar in the ranks of veterans, especially those who were battle casualties in war and operations less than war.

On June 25, the Army headquarters put out a note which stated that unscrupulous persons were exploiting the existing system for seeking financial gains from their disabilities. Disability is granted to personnel who are disabled in combat or during peace with disability attributable to service conditions. It noted that higher compensation awarded to disability with tax exemption had led to a rise in personnel seeking disability for lifestyle diseases. The note also mentioned the anomaly that the genuinely disabled who deserve all the remuneration and unscrupulous personnel have gained from disability benefits. The army note is not a replica of the CBDT circular.

For a full one week thereafter, a free-for-all debate raged in print, TV and social media condemning the government’s decision for a rule change in the award of disability pension and tax exemption. On July 2, Finance Minister Nirmala Sitharaman put the onus for the withdrawal of benefit on the Army. In a message on Twitter, her office put out an unsigned note, calling it “Response of armed forces on issue of taxability of disability pension” and posted the Army note with it. For a former defence minister to take such a bland view of a sensitive issue is surprising.

Disability benefits come in two categories—war injury pension attributed to operational service, and normal disability pension due to hazards of service including lifestyle diseases, that is, stress and strain of service duty. It is over this part that the Army note expresses concern where a large number of service personnel for pecuniary gain were using medical disability and reducing the numbers of fully-fit personnel available for war. A study carried out by the Director General Armed Forces Medical Services had found that before 2006, very few senior officers claimed disability pension but by 2015, almost 20 percent were drawing disability benefits. Ironically, medical officers who determined the status and degree of disability are themselves the biggest beneficiaries of this award. Disability pension can be 20 to 50 percent more for the same rank plus tax exemption.

The claims for disability pension began increasing after the Sixth Pay Commission in 2006 when disability benefits were enhanced. There are nearly 25 lakh veterans on the pension rolls, with as many as 4.75 lakh enjoying disability benefits. The pension bill after OROP has gone up to a staggering Rs 1,12,080 lakh crore this fiscal. In 2015, Defence Minister Manohar Parrikar had constituted an experts’ committee to stem the misuse of concessions given to the genuinely disabled during war and operational service.

Serving in Siachen, for example, even for three months at heights above 20,000 feet can cause serious medical problems, including impotency, which soldiers are shy to admit but are hugely concerned about and resort to home-grown remedies.

The outrage of veterans and strong media support for restoration of status quo ante combined to take the vexed issue to Parliament. New to his job, Defence Minister Rajnath Singh on June 28 told Parliament that he “will look into it” and “no soldier with disability will be in­convenienced”. The Ministry of Defence (MoD) has sought a clarification from CBDT and will re-examine the case. An inveterate supporter of the military, Rajeev Chandrashekhar, MP, while speaking during Question Hour in the Rajya Sabha, called the withdrawal of disability benefits “insensitive”. Singh responded by saying that legitimate and justified pension holders will not be deprived of disability benefits. On July 8 in a written reply to Chandrashekhar, Singh said that MoD withdrew 60 civil appeals in the apex court last year. Of these, 17 related to disability pension. The MoD has been filing civil appeals in the Supreme Court against the orders of the Armed Forces Tribunals challenging the grant of disability benefits by them. Litigation on pension and disability benefits has become the norm and incurs big costs on both sides.

Singh’s assurance in Parliament that legitimate benefits to armed forces personnel with disabilities would not be reduced was heartening for veterans. It is intriguing why the finance ministry is attempting to throw out the baby with the bathwater. It is obvious from what Singh said in Parliament that the disability pension process and system have to be recalibrated, minimising the scope and scale for misuse.

One of the key players in rectifying the system is the medical fraternity and the adjutant general’s branch. Persons abusing the benefits have to be named, shamed and punished. Distinction will have to be made between disability attributed or aggravated by military service from lifestyle diseases that are manageable.

The trend in officers and soldiers claiming disability pension at the end of their service has to be curbed. The officers maimed and disabled in wars—1962, 1965, 1971, IPKF and Kargil—are treated as combat casualties, while those injured in line of duty in internal security/counter-insurgency operations are operational casualties in conditions short of war. Their disability benefits are meticulously worked out proportionate to the degree of disability suffered. This class of casualties is stand-alone and must not be confused with disabilities caused during normal military service.

As a veteran engaged in the 1965 and 1971 wars and IPKF out of area operations (only a few of my ilk are left), and counter-insurgency operations in J&K and the Northeast, I have survived these epochal events without any visible disability. Fortunately, the officers and rank and file of an earlier generation were not as creative as the lieutenant general of a decade ago.

Rather than withdraw the tax exemption on disability benefit, the Army must plug the loopholes in the system that allow its misuse so that the war wounded/disabled and genuine service-induced disability beneficiaries are not penalised. The whole idea must be to incentivise physical fitness and not institutionalise misuse of disability concessions.

Given the shallow and negative defence budget of 2019-20, with only notional tax exemption on defence imports compared to the Rs 6,000 crore hike in the Home Ministry budget that Singh has to justify to his service chiefs, he will need to have the CBDT circular set aside and another expert committee set up to tweak the system to prevent its misuse. This will require patience.