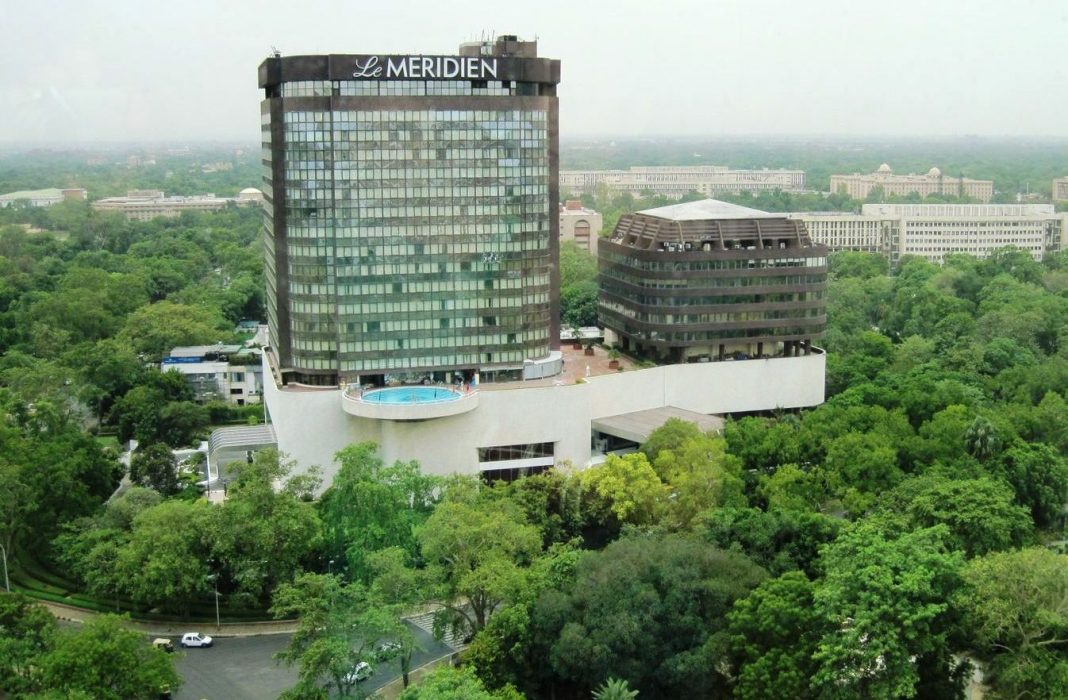 Lutyens’ Delhi is home to many iconic hotels. One of them is Le Meridien hotel operated by CJ International Hotels Limited. This five star luxury hotel, located in the heart of central Delhi, has earned accolades for its hospitality and service. But a financial dispute between the hotel and New Delhi Municipal Council (NDMC) threatens to change the status quo.

To understand this dispute, some background facts must be noted. In 1981, CJ International Hotels Limited was granted a license by NDMC to operate a hotel over a plot of land measuring approximately 4.5 acres at Windsor Place, Janpath, New Delhi. The two parties signed a license deed on July 14, 1982.

Soon after, NDMC started questioning the basis for determination of the hotel’s annual GTO, and demanded a higher license fee than was being paid by all other hotels under its jurisdiction. Despite being aware that the license deed clearly vested the statutory auditors of the hotel with the right to certify its annual GTO, the NDMC persisted with its demands. This left the hotel with no choice but to approach the Delhi High Court to intervene in 2000.

After hearing the arguments by both parties, the Delhi High Court passed an interim order in 2001 and laid down certain parameters to calculate the hotel’s annual GTO. Essentially, it elucidated some broad categories of items which were eligible to be excluded for the purpose of determination of the annual GTO.

The nature of this order meant that it had to be interpreted based on settled accounting principles, as pointed out in another order in 2017 in their underlying civil suit. Naturally, the task of interpretation would be best entrusted to the statutory auditors, who are certified experts on the subject. In a 2008 decision, the Supreme Court also held that the term “turnover” has a specific definition and meaning as assigned by the Institute of Chartered Accountants of India (ICAI), and statutory auditors are bound to follow the accounting principles prescribed under the Income Tax Act.

Over the years, NDMC accepted on-account payments towards license fee, as determined by the hotel. This state of affairs continued until around 2014 when the NDMC did a complete volte-face. It engaged a retired judge as Chief Advisor (Law) to interpret the 2001 order of the Delhi High Court. As per his interpretation, the NDMC, headed by then chairman Jalaj Shrivastava, raised a demand of over Rs 150 crore as arrears, including interest on the hotel, alleging that it had not been paying the correct license fee.

Initially, the hotel disputed the NDMC’s demand on the ground that its statutory auditors had the right to calculate and certify the GTO under the license deed. However, in the interest of resolving the long-pending litigation, it eventually paid up Rs 180 crore by March 2015, i.e. within the stipulated time. One would have hoped that this one-time burden would put the matter to rest and end the litigation. Sadly, this was not to be.

Another strange turn of events followed as a bitter rivalry brewed within the higher ranks of the NDMC, leading to further complications. In April 2015, Shrivastava demitted the office of chairman of NDMC and was succeeded by Naresh Kumar, who did another volte-face in 2017. This time, the NDMC went as far as claiming that the Rs 151-crore demand, which had been raised by its own officials in 2014, was incorrect, and instead the hotel owed an additional amount of over Rs 518 crore as arrears. Strangely, this demand was raised as a “provisional demand”.

Around the same time, this mess got further entangled due to interference by the Ministry of Home Affairs (MHA). During the chairmanship of Shrivastava, MHA had sent an officer, BN Singh, on deputation to NDMC in October 2014. Within a month of the appointment order, Shrivastava cancelled it on the ground that it was in violation of the Department of Personnel and Training (DoPT) rules. However, his objection was overruled by the MHA, and BN Singh was once again deputed to the NDMC in June 2015 during the chairmanship of Shrivastava’s successor, Naresh Kumar. The MHA took this decision even while a PIL was pending in the Delhi High Court against the earlier deputation of BN Singh to NDMC.

From December 2014 to February 2015, BN Singh shot a series of complaints to MHA, alleging that Shrivastava had struck a deal with the hotel for Rs 150 crore whereas the actual recoverable was more than Rs 500 crore. There were widespread rumours that BN Singh was close to another officer, AK Singh, then additional secretary at MHA (which has supervisory powers over NDMC) by virtue of them having earlier served together in the Ministry of Agriculture. It was also widely reported at the time that AK Singh did not have good relations with Shrivastava although both belonged to the 1984 IAS batch.

Taking cognisance of BN Singh’s complaints, AK Singh wanted to mount a CBI investigation against the hotel. However, his hasty move, possibly driven by personal vendetta, found a perfect foil in then Home Secretary LC Goyal. As home secretary, Goyal’s approval was required for ordering any CBI investigation. Goyal refused the request, but the home minister paid little heed to his decision and instead set up a committee in May 2015 headed by KK Pathak, then Joint Secretary (Disaster Management), to look into the irregularities pointed out by BN Singh. In its report submitted on July 20, 2015, the committee, inter alia, noted that “since the file (pertaining to Le Meridien) has not been shown to the team, the team cannot verify or reject the averments made by Mr. Singh (BN Singh)”.

Thereafter, on the basis of this report, the MHA ordered a CBI investigation into the matter. Four years on, the CBI investigation is supposedly still on without any signs of progress or closure while the hotel continues to remain under suspicion. To make matters worse, in March 2017, NDMC had cancelled the license of the hotel even as various interrelated disputes pertaining to the matter remain sub judice. India Legal tried reaching NDMC officials for a response, but they refused to comment.

This episode assumes an uglier dimension if one were to compare the license terms imposed by NDMC (mainly a civic body that provides land) on another big hotel under its jurisdiction—Hotel Lalit, situated at Barakhamba Road, New Delhi, and operated by Bharat Hotels. Interestingly, the NDMC had allotted land to both hotels on a 99-year lease around the same time in 1981 (when planning for the 1982 Asian Games) with similar agreement terms barring one clause—the license fee payable. While the annual license fee under the Lalit agreement was fixed at Rs 1.45 crore per annum, under the Le Meridien agreement it was a variable one based on the gross turnover of the hotel.

Things look even murkier if we compare the total license fee paid by the two hotels till 2016—Hotel Lalit paid over Rs 72 crore for 6.48 acres of land, while Hotel Le Meridien has paid over Rs 400 crore for the 4.29 acres that it occupies. Despite the fact that Hotel Le Meridien has been paying a much higher license fee, the civic body has chosen to go after it while sparing Hotel Lalit. (see table).

These events raise many questions. Why has Hotel Le Meridien not been treated on par with other hotels under NDMC’s jurisdiction? Was the Hotel made an unfortunate scapegoat in an ego tussle involving senior bureaucrats within NDMC and MHA? If the primary issue involving the calculation of license fee is sub judice since 2001, then why did NDMC show such haste to cancel the Hotel’s license deed? These need to be answered.