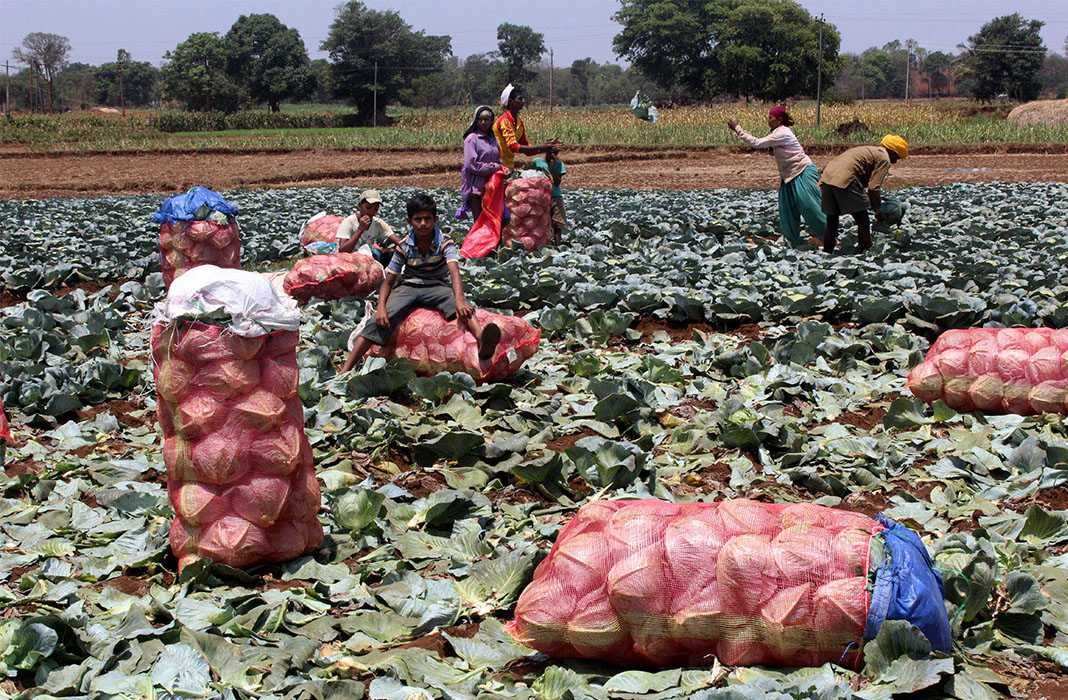 The rural economy is devastated. The cash crunch has hit rural areas particularly hard since banking penetration is very low. And the crisis has come when farmers need to purchase seeds, fertilizer and other agricultural inputs

By Devinder Sharma in Mohali

A week after the demonetization move, Swaran Singh, a farmer in Sangrur district of Punjab, is busy sowing his wheat crop. But, as soon as he sees me, he stops his tractor and shouts irately: “Why has the government done this? Do you think farmers horde black money? Why can’t they go after the big guns?” I try to pacify him, but he continues: “After two consecutive droughts, I was expecting my production costs to be low this year. Now it looks as if I am facing a third drought year. My finances are badly hit.”

In Punjab, which has 98 percent assured irrigation, the impact of drought is primarily increased cost of pumping out water. But Singh is unable to find farmhands since he cannot pay cash. At the same time, he is not being able to spend adequate time on the farm: “I have wasted at least four days getting my money exchanged at the banks. My problem is that I need cash to purchase inputs and also to provide pocket money to my school-going children.”

Usually, nearly 90 percent of wheat sowing is completed by November 25-26. This year, just about 70 percent has been done. The delay is because of the problems created by the demonetization move. Yet, Punjab is actually a little better-off when it comes to sowing the rabi crop; the problem is acute in Uttar Pradesh, Madhya Pradesh and Bihar. Although it may be too early to estimate the extent of the losses, both rural income and demand will take a big hit before things start improving from April next year. However, the finance ministry on November 22 allowed farmers to purchase seeds with the old Rs 500 notes from government outlets or from public sector undertakings.

Since the demonetization of Rs 500 and Rs 1,000 notes came into force, I have been receiving calls from harried farmers from across the country. “Sir, tell me what to do. I have been going to the Mandla mandi for the past three days but have not been able to sell my paddy crop. Traders want me to sell at a lower price. How can I do that? I too have children to support.”

This farmer was calling from Madhya Pradesh where almost 60 percent of the mandis were virtually shut down. The labourers were without work, sitting idle in the mandi yards, and arhtiyas (commission agents) were unable to provide cash to the farmers. They were instead offering payment by cheque which was not acceptable to most farmers. Traders are exploiting farmers by forcing them to either accept demonetized notes or charge less for their produce. Every second farmer who called me broke down on the phone.

Besides the sowing, the food markets have also been hit badly. Going by newspaper reports, vegetable prices have dropped, often to 50 percent of the ruling prices, because retailers are unable to provide cash to farmers. Since most vegetables are perishable, farmers are left with little option but to dispose of their stocks at whatever price they can get. Shopkeepers say their sales too have dropped with most customers unable to pay the required cash. They are selling on credit to known customers but turning away others. Onion prices have gone up. They have a relatively longer shelf life so farmers are able to hold the stocks. Potato prices, however, have fallen.

The rural economy stands devastated. The cash crunch has hit the rural areas severely since banking penetration is very low. The poor availability of cash in the banks has further compounded the crisis. Even though the government has revised the pay-out norms, allowing farmers to withdraw Rs 25,000 per week, the non-availability of cash renders the move useless. I don’t understand the economic rationale of allowing arhtiyas to withdraw Rs 50,000 per week, considering that this amount falls short of even paying for the paddy harvest of a small farmer. In Punjab alone, there are 25,000 arhtiyas and the total number of agricultural workers is over 35 lakh. How fair is it to expect arhtiyas to be able to help farmers?

The Reserve Bank of India directive to disallow exchange of notes at the cooperative banks has further hit farmers. Business has come to a grinding halt in thousands of cooperative banks across the country. The crisis has come at a time when farmers need to purchase seeds, fertilizer and other agricultural inputs. Moreover, farmers are not making scheduled repayments to cooperative societies due to paucity of cash and many experts fear this will derail the cooperatives movement. The desperation of a farmer’s situation can be gauged from the fact that the cooperative bank he has an account with is unable to let him exchange and deposit notes.

The crippling of the rural economy is heartrending, considering that 70 percent of the country’s population lives in rural areas. Millions of people have been forced out of their homes, offices, crop fields, and villages to stand in serpentine queues to exchange or deposit their own money for days together.

Newspaper reports tell us that, of the Rs 16 lakh crore worth of Rs 500 and Rs 1,000 notes in circulation, roughly Rs 3 lakh crore is unlikely to be exchanged. This is the amount of black money that the RBI is hoping to collect, which will be transferred to the central government as dividend. What I fail to understand is that, if Rs 3 lakh crore is a windfall gotten after putting the entire country through such trauma, is it worth it? I don’t know whether the rich took sleeping pills but the poor and middle class definitely bore the brunt of the demonetization shock.

I too want strong action to unearth black money but what many perceive as a master stroke has to be followed by equivalent harsh measures. For instance, it is generally believed that much of the black money is used for electioneering. If demonetization has killed the possibility of black money use and abuse by political parties, why can’t the BJP unilaterally announce that party funds will be brought under the Right to Information (RTI) Act? This step alone would create confidence among the masses that the ruling party has brought in transparency.

For the year 2015-16, the government provided tax concessions to the tune of Rs 6.23 lakh crore to India Inc. This forms part of the Rs 42 lakh crore of tax concessions (earlier computed under the category of Revenue Foregone in budget documents) that have been doled out to India Inc since 2004-05. These tax concessions, good enough to wipe out poverty in India for 96 years, were given to the corporate world on the premise that industrial output would grow, exports would multiply and massive job creation would take place. None of this has happened.

—The author is a well-known food and policy analyst

Lead picture: The harvest season just got over and normal to near-normal monsoon meant a rich crop yield. Photo: UNI