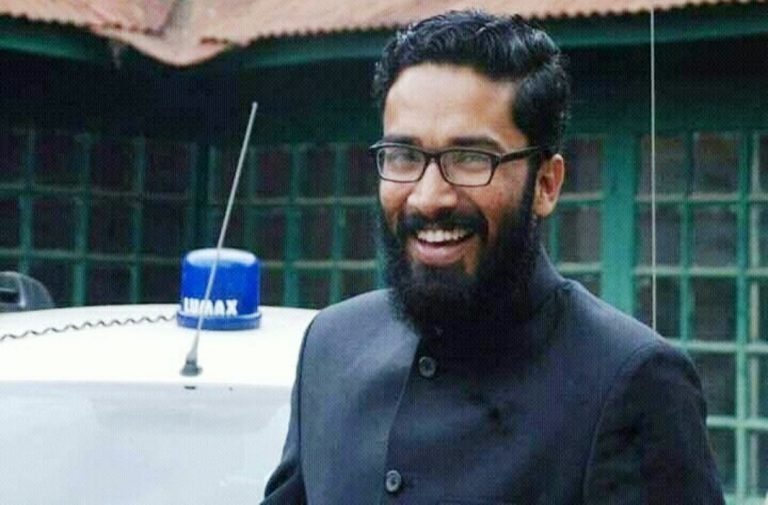 Not too long ago, Sriram Venkataraman was a hero of sorts in political and bureaucratic circles in Kerala. A medical doctor who cleared the civil services exam in 2013 with the second rank, he was posted as a
sub-collector at Devikulam in Idukki district, where he took on the powerful encroachment mafia, including some ministers, for which he earned the moniker “demolition man”.

That image took a beating, perhaps for all time to come, when on the night of August 3, a highly inebriated Venkataraman, with a female companion by his side, drove a car at breakneck speed and hit Muhammed Basheer, a young journalist and father of two. The impact of the collision was such that Basheer and his bike were pinned against the wall. Basheer’s death was instantaneous. With the media doggedly pursuing the case and highlighting the lapses by the police, including delaying taking Venkataraman’s blood sample, the police arrested the IAS officer. He was remanded to 14 days’ judicial custody and the state government suspended the 33-year-old officer who had only earlier in the week been given his new posting as survey director.

But as has happened often in the past, this time too, the case was pursued by the Kerala police and the CPI(M)-led government in a manner that suggested that laws are never the same for everyone. Four days after his arrest, the suspended officer was granted bail by a city court in the state capital, Thiruvananthapuram, on the ground that his blood sample showed no traces of alcohol. The criminal and shameful lapses committed by the state police officials at the Museum police station right under the nose of Chief Minister Pinarayi Vijayan, who also holds the home portfolio, ensured that the IAS officer would not go to jail even after being charged with culpable homicide not amounting to murder.

When his bail plea came up for consideration on August 6, the court asked the prosecution whether the charges under IPC 304 would stand and whether there was any proof for slapping the charges under Section 185 of the Motor Vehicles Act. The investigation team was not able to produce any evidence of drunken driving/rash and negligent driving which made it easy for the defence lawyers to convince the court to grant him bail. Earlier in the day, the court, after examining the medical report of Venkataraman, had already rejected the police “demand” for custody of the accused.

Evidently, enough time had gone by before the test was conducted at the chemical analysis lab and the result was the predictable no alcohol in blood. Moreover, to prove that his vehicle was overspeeding, the police could not produce a single CCTV visual of the car being driven at breakneck speed on a wide avenue that has dozens of CCTV cameras. The incident sparked a furore after the police dragged its feet in registering a case against Venkataraman for drunken driving and invoking provisions of the IPC that attract non-bailable offence and jail term.

Eyewitnesses insisted that it was Venkataraman behind the wheel and that he was drunk. But as soon as they found that the suspect was an IAS officer, the police had a change of mind. Aware of the fact that the officer was in a drunken state, the police, instead of taking him to the Government Medical College, allowed him to get himself admitted into a five-star private hospital. Being a doctor, he had enough friends in the medical fraternity who were ready to help him wipe out all traces of alcohol from his blood. While it was mandatory for the police to make him undergo a blood test at the earliest, they delayed it for 10 hours.

“An accident is not intentional. It happens. Unfortunately, the culprit here is an IAS officer. If he has committed a crime of drunken driving, he should be punished,” said Suresh Vellimangalam, district president of the Kerala Union of Working Journalists (KUWJ). Ironically, till that fateful day when Venkataraman mowed down the scribe, he was the media’s blue-eyed boy. When some of the ruling party bigwigs like Power Minister MM Mani and Devikulam MLA S Rajendran unleashed vehement personal attacks on Venkataraman for his fearless and impartial action against land encroachers, the media stood by him, forcing the government to not take any punitive action against him.

With the hero turning into a villain overnight and faced with widespread media protests over the role of the police in helping Venkataraman get bail, Chief Minister Vijayan ordered his officers to file an appeal against the bail before the High Court even as he placed under suspension an inspector who was responsible for delaying the collection of Venkataraman’s blood sample.

In spite of all these face-saving measures, the general impression among the people is that the police and top babus in the state administration have conspired to bail out the erring IAS officer. That even the High Court entertained doubts along these lines became clear when the state government filed the petition to oppose the bail. Among the many questions the Court put to the police and the state government, while considering the petition challenging the bail, were:

The answers to these questions are on everyone’s lips. It’s just that the police is keeping them sealed.