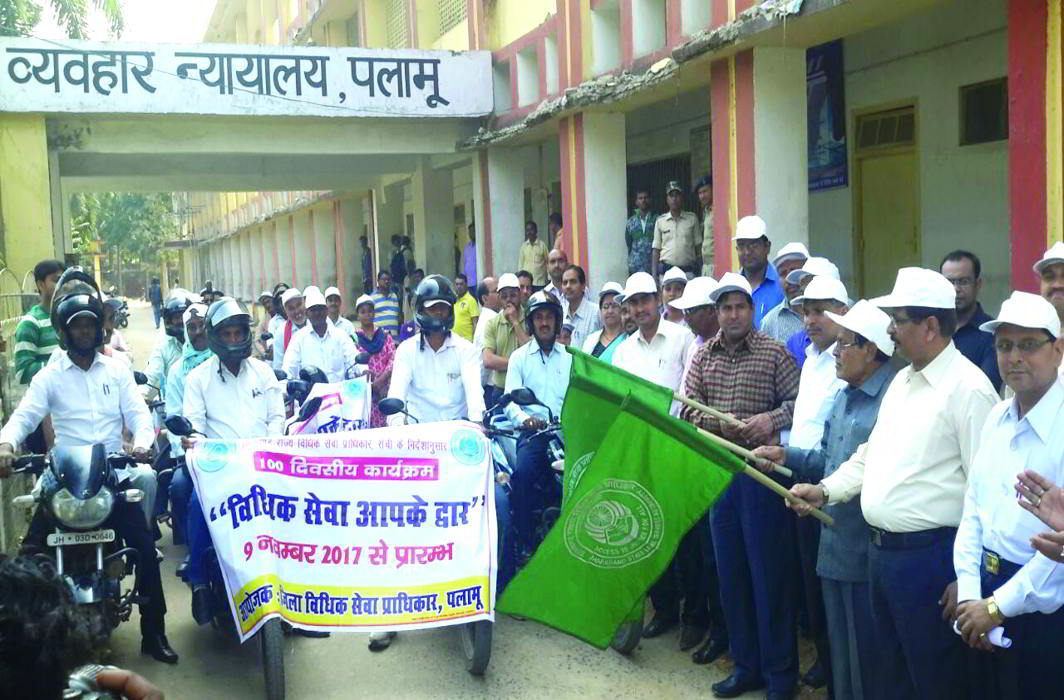 Above: The Vidhik Sewa Apke Dwar campaign aims to take justice to the poor. Photo: www.newswing.com

In an attempt to reach legal services to the interiors, the Jharkhand government in 2009 started mo-bile legal vans. Two buses equipped with office equipment and chief judicial magistrate-level judges and sub-divisional magistrate-level administrative officers went to interior villages and registered cases. The success rate? Of the more than three lakh cases registered so far, 74,000 have been resolved.

While some would say that this is less than a third of the cases registered and that progress is slower than expected, the optimist would say that at least three lakh people who did not get access to the justice system finally came forward and showed faith in it.

The state is now geared for another round of justice delivery for the needy. This time, the Jharkhand Legal Service Authority (JHALSA) has started a door-to-door legal awareness programme titled Vidhik Sewa Apke Dwar (legal service at your doorstep). This is meant to redress the grievances of the poor and downtrodden. “Such schemes are mostly directed at resolving civil land dispute cases, differences over division and correction of land records and petty criminal cases,” said an officer who is associated with the Ranchi Judicial Commissioner’s office.

The aim of Lok Adalats, mediation centres, mobile legal vans and other schemes under the Vidhik Sewa Pradhikarans (Legal Services Authority) is largely the same: resolution of long-pending civil disputes and familiarising the population with justice tools.

The Vidhik Sewa Apke Dwar (VSAD) bus was flagged off from Ranchi with much fanfare on November 9. It marked the beginning of 100 days of this mission. A simultaneous flagging-off was done at each district headquarters. It may be too early to judge its success or failure, but going by the past record, what is guaranteed is a large number of fresh applications by the poor and re-kindling of hope for litigants who have been involved in long-pending disputes, some for decades.

Nand Mahto’s family in Bokaro district had been at loggerheads for more than two decades over a division of landed property. The Mahto brothers could not see eye-to-eye over this issue. In one of the success stories of the VSAD scheme, the Mahto dispute was resolved and is being viewed as an example for others.

“The CJM here was constructive in his approach and persuaded both of them with words and statutes. He was able to impress upon them the pointlessness of litigating endlessly,” said advocate Rakesh Kumar. Such success stories are, however, rare. This is because the bus comes only on weekends and the district and civil courts staff is overworked.

Many of the cases that get resolved, however, relate to bail applications. A large number of the accused in small cases like pick-pocketing are lodged in Jharkhand jails. Some of them have not received a hearing since they were picked up, usually months earlier. Most seem to be behind bars even though charge-sheets have not been produced. Despite the Supreme Court suggestion that bail is a right and should be granted at the earliest on merit, the reality is different. 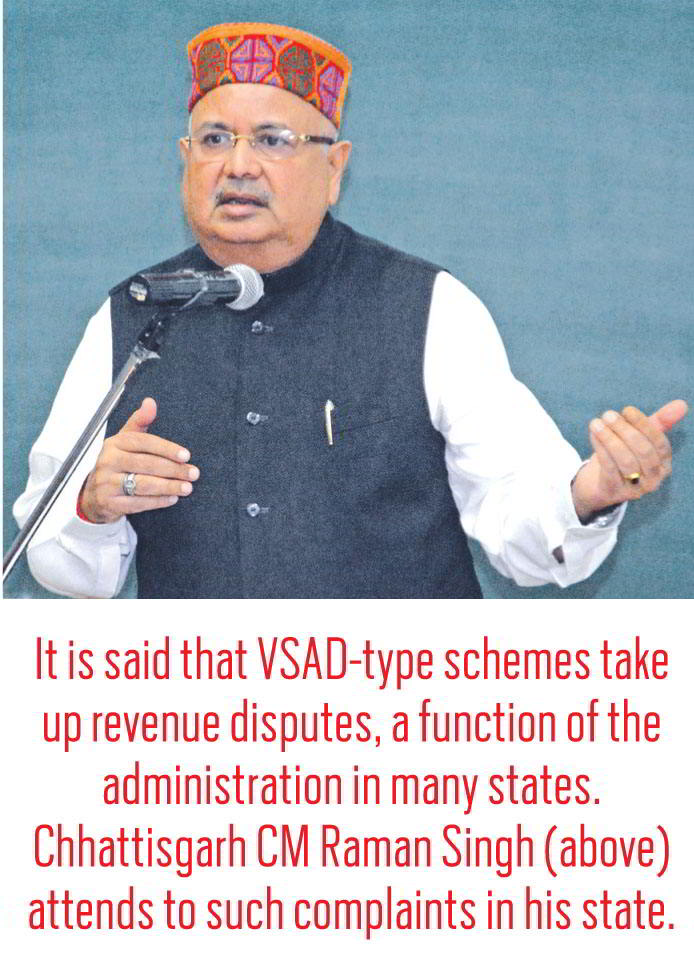 The VSAD initiative can claim to have achieved some degree of success where this is concerned. Though it will take some time for figures to be collated, it is clear that almost 70 to 80 percent of resolved cases will be those of bail in minor criminal cases.

The cornerstone of all judicial thinking these days seems to revolve around mediation. After all, even the VSAD is an initiative started along the same lines. The courts routinely suggest to litigants to resolve differences outside the courtroom with the help of professional mediators from the bar.

The Ranchi district court claims a stupendous 74 percent dispute resolution success in civil matters and the District Legal Service Authority has received the national award for the third year running.

However, in other districts in Jharkhand and the neighbouring states of Chhattisgarh, Madhya Pradesh, Odisha and West Bengal, this figure is in single digits.

An insider, however, cautions about going overboard with VSAD-type schemes. “The judiciary has little business trying to resolve revenue disputes, which are essentially administrative functions,” he said. Most state governments and political heads have fine-tuned their own system of administrative work resolution through various Jan Abhiyans.

The Chhattisgarh government, for instance, is on its toes throughout summer when chief minister Raman Singh airdrops into various villages to personally receive all complaints. Ninety percent of these pertain to revenue records and officers from patwaris to tehsildars to forest rangers. Most lower-level functionaries of the government, especially in the revenue stream, see the present JHALSA-NALSA initiatives in the same light: an intrusion into their system.

An advocate of the Ranchi High Court said that ever since the central and state governments started allocating budget money for such legal services, these schemes had taken shape. If properly audited, he said, they will be found to be as useless as the high-budgeted tours of state administrative officials. “The judiciary is trying to not only usurp the administrative function, it has adopted the same perverse system that it should help to eradicate,” he said.

Another problem that VSAD faces is the subtle non-cooperation of patwaris and RIs. Litigants may not come forward fearing a backlash from the keeper of records.

It, therefore, remains to be seen if VSAD is an effective tool in dispute resolution or simply aids more litigation.