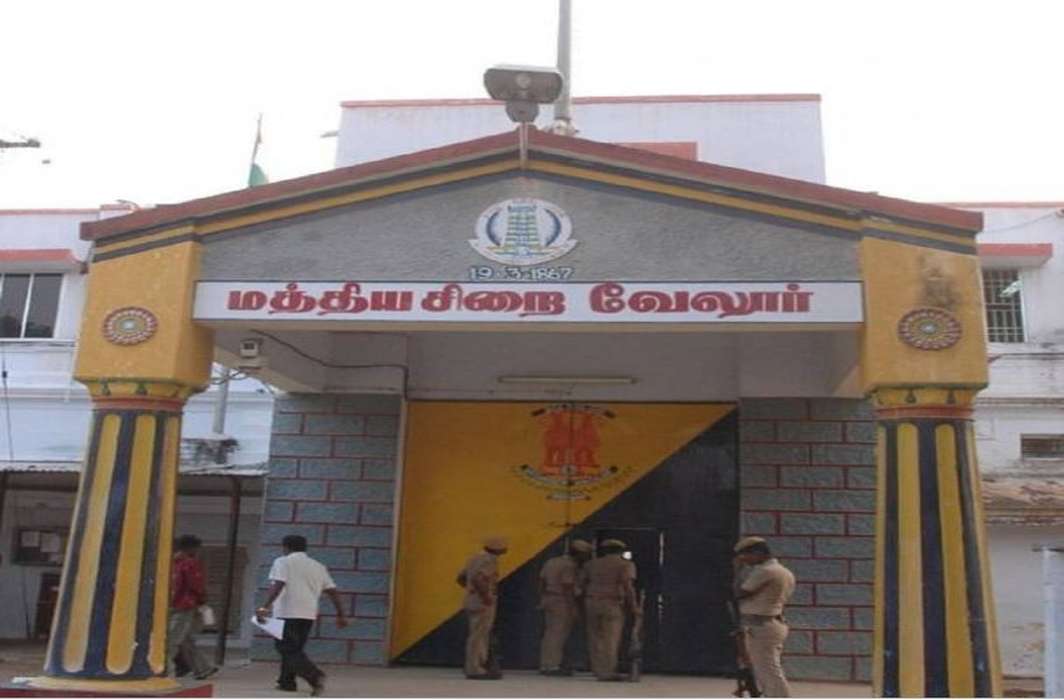 Above: Murugan and wife Nalini have started an indefinite fast at the Vellore Central Prison. They are protesting against Murugan being placed in solitary confinement

It is more than 28 years since the former prime minister Rajiv Gandhi was killed by a human bomb as he was about to address an election rally in Sriperumbudur in Tamil Nadu but the drama surrounding the clamour for the release of the seven killers convicted in the case continues to unfold.

On October 20, Murugan, a Sri Lankan national by birth and among those serving in prison following the conviction, started an indefinite fast at the Vellore prison situated 140 kilometres from Chennai. He was protesting against the decision of the prison department to shift him to solitary confinement from an ordinary prison cell where he was locked up for the past 28 years.

The prison department shunted out Murugan to solitary confinement within the high-security Vellore prison itself after “confiscating” an Android cell phone from his single room. The department also cancelled Murugan’s twice-a-week meetings with friends and relatives for 90 days as punishment for possessing the cell phone. In protest, he took to a fast.

“The government is actually hell-bent upon scuttling the release of Murugan, Nalini and five others who were actually languishing in prison for more than 28 years. The so-called confiscation of an Android mobile phone is nothing but a ploy to damage their chances of release,” P Pughezhendi, Murugan’s lawyer, told India Legal.

The Tamil Nadu government had recommended the release of all the seven convicts way back in September 2018. The recommendation was made by way of a cabinet resolution.

A specially convened cabinet meeting took a unanimous decision to recommend the immediate release of all the seven convicts serving life terms and Chief Minister Edappadi K Palaniswami met Governor Banwarilal Purohit and presented the recommendation. The file is still pending with the governor.

The media reports suggested that prison officials also snatched the saffron dress and photos of deities from Murugan and instead gave him white trousers to wear. While demanding the return of his saffron dress and photos of deities and insisting that he should be shifted from solitary confinement to his regular cell, Murugan started his fast and was soon joined by his wife, Nalini.

“Murugan is not demanding his release, he is only demanding the return of legitimate things which he was not only entitled to but enjoying for the past several years in the prison,” said Pughezhendi.

A news item appeared on the front page of The Hindu on October 18. The story said that the governor had indicated to the chief minister that he was not inclined to agree with the state cabinet’s recommendation to release the seven life convicts.

It also said that the governor had not officially conveyed anything in writing to the state government about his decision. But the hint from him was that he would not like to go along with the state government’s recommendation made in September 2018 for the release of all the convicts.

Pughezhendi argued that it was this story which was the reason for solitary confinement of his client. “Just look at the timing. On the morning of October 18, this news item appeared. On the very same day, in the evening, prison officials claimed that they had confiscated a mobile phone from Murugan’s cell and an FIR was also registered against him for the same. The very next day, he is shunted out to a solitary confinement. You can draw your own conclusions,” he said.

A source close to a senior advocate who represented Nalini during the early stages of her trial, almost 25 years ago, said that everything was going on “as per a well-planned drama” and the aim was to just scuttle the release of all the convicts. The source also said that the main motive was to malign Murugan, Nalini and five other convicts in the media by planting mischievous stories and thus sabotage their release.

“Murugan was subjected to physical torture in prison and had written a detailed letter in this regard to the chief minister. This had further angered the authorities and that was also one of the reasons for Murugan’s solitary confinement,” the source added.

In the past too, Murugan had undertaken fasts but after a few days he would relent as the prison department occasionally sent out feelers. But this time, it seems that the department has hardened its stand.

“It’s true that this time the prison officials are showing least interest in ending the stalemate. They are not taking any steps to convince Murugan, and even Nalini, to end their fast. The reason is obvious. People in the high echelons of power in the state do not want the release of the seven convicts, and whatever may be their public posturing, this is the harsh reality,” said a former public prosecutor who represented the Tamil Nadu government in various trial courts in the state.

In Tamil Nadu, except for the Congress, almost all the political parties, including the two big regional ones—the ruling AIADMK and the opposition DMK—are clamouring for the release of all the seven convicts. The Congress is opposing the release.

“We will not allow this release. The man killed was a former prime minister. Along with Rajiv Gandhi, 14 other persons were also killed and this includes nine police officers and a couple of Congress workers. Can you bring back one life? The demand for the release of these killers is atrocious. I don’t know whether this sort of demand would emanate in any other country,” said KS Azhagiri, president, Tamil Nadu Congress Committee.

Rajiv Gandhi was assassinated on May 21, 1991, at Sriperumbudur, 50 kilometres from Chennai. Nalini was arrested in June 1991 and ever since she has been in jail.

On March 19, 2008, Nalini had an unusual visitor who came all the way from New Delhi to meet her at the Vellore prison. This was none other than Priyanka Gandhi, the daughter of Rajiv Gandhi.

Later, Priyanka Gandhi told a Delhi newspaper: “It is true that I met Nalini in Vellore Central Jail on March 19, 2008. It was my way of coming to peace with the violence and loss that I have experienced.”

Priyanka’s brother, Rahul Gandhi, too echoed the same feeling. He said, “I have a different way of looking at these things. I don’t have a problem either. We don’t carry hatred, we don’t carry anger. It’s not an exercise…. Priyanka felt that she wanted to go and see the person. She has been feeling it for some time.”

As far as the general public in the state and investigators of the case are concerned, the release of all the seven convicts is a non-issue. One of the main reasons for this lackadaisical attitude may be due to the fact that much water has flowed under the bridge since the assassination.

“Time is the best healer. We have to move forward. In a way, languishing for 28 years in jail, that too in an Indian prison, is worse than getting hanged. If the government wants to release them, let it do so. I have no objection, I have become detached in this issue long time ago,” said a CBI official who was part of the Special Investigation Team.

A Special CBI Court at Poonamallee, near Chennai, sentenced all the 26 accused persons in the Rajiv Gandhi assassination case to death on January 28, 1998. The case was tried under the now defunct Terrorist and Disruptive Activities (Prevention) Act, or TADA.

In May 1999, the Supreme Court released 19 persons, sentenced three persons to life and confirmed the death sentences of four persons, including Nalini and Murugan.

Nalini’s death sentence was later commuted to life by then Tamil Nadu Governor Fathima Beevi in May 2000 and the mercy petition of the other three were rejected.

President Pratibha Patil too dismissed the mercy petitions of the other three in August 2011. However, the Supreme Court commuted the death sentences of all three to life imprisonment in February 2014.

In the same month, the then chief minister of Tamil Nadu, J Jayalalithaa, wanted to release all the seven convicts in the case but the Manmohan Singh government at the centre got a stay from the Supreme Court.

Later, on December 2, 2015, a five-judge constitution bench of the Supreme Court headed by then Chief Justice of India HL Dattu ruled that state governments could not release those convicted under central laws like TADA and in cases tried by central agencies like the CBI. However, the apex court made it clear that the clemency powers of the president under Article 72, governors under Article 161 and the Supreme Court under Article 32 remained untouched.

After this observation by the top court, the Tamil Nadu government wanted the governor to invoke Article 161 of the Constitution to release all the seven convicts.

As of now, the governor is refusing to buy this argument and instead has chosen to sit on the recommendation of the state government. It may just be the beginning of another round of a constitutional and legal battle.