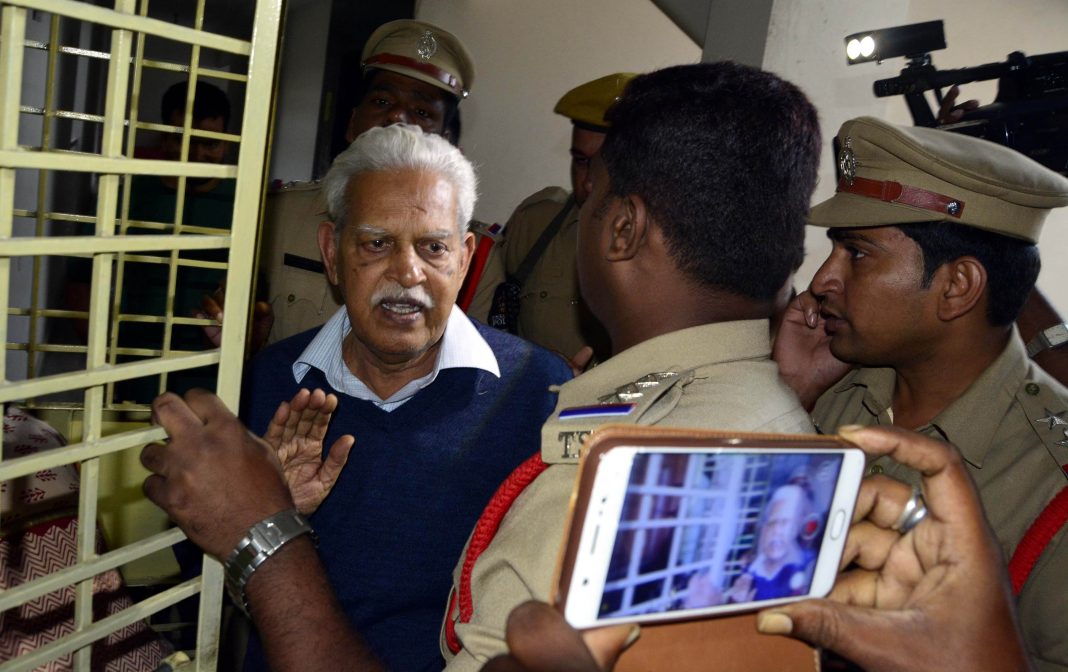 A special court on Sunday remanded activist P Varavara Rao to police custody till November 26 for his alleged links with Maoists. He was taken by into custody by a team of the Pune police from his residence in Hyderabad late Saturday after the Hyderabad High Court on November 15 last week refused to extend his house arrest.

Rao is accused of plotting to assassinate Prime Minister Narendra Modi, something he and his family have denied vehemently. The Hyderabad High Court on Friday refused to set aside the transit remand order issued by the chief metropolitan magistrate, Hyderabad. The lower court had on August 28 issued the transit demand facilitating the Maharashtra police to take Rao to Pune in connection with the case relating to clashes at Bhima Koregaon in January. Varavara Rao had challenged the validity of the transit remand.

Following the High Court’s order, the Pune police came to Hyderabad on the same day. However, they did not arrest Rao, since it was too late in the night.  Hearing about a possible arrest, several activists had thronged Rao’s residence in Gandhi Nagar and protested. However, the Pune police took him in to custody at around 9.15 pm on Saturday, according to family members.

Rao was first arrested on August 28 along with activists Arun Ferriera, Gautam Navlakha and Vernon Gonsalves. A case was booked against human rights activist Sudha Bharadwaj as well. She is also presently under police custody. These activists are also accused of inciting violence in Bhima Koregaon, Pune. However, the Supreme Court intervened against their arrest and directed that they be under house arrest until September 6.