AGR issue: SC asks DoT if Spectrum can be sold 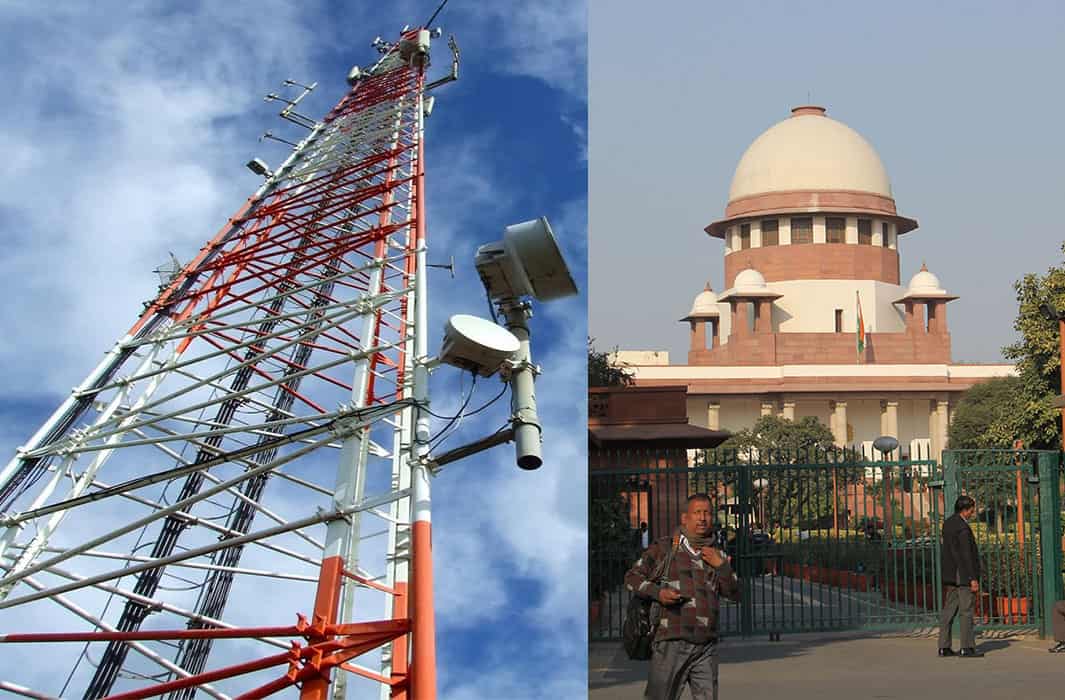 New Delhi: The Supreme Court today has asked the Solicitor General Tushar Mehta appearing for the Department of Telecommunications (DoT) whether spectrum can be sold by telecom companies.

The issue came up when Mehta, arguing for the Department of Telecommunication (DoT), stated that all three cases are at different stages of insolvency and also contended that a company which is to go into insolvency has shown the spectrum as one of the assets. He said spectrum cannot be included as company’s asset, since it is a national Property and hence cannot be sold off by the company.

The SG made this clear when the court asked if spectrum can be termed as an asset, because the government is its trustee.

The court asked Mehta to come prepared to tell the court whether spectrum can be sold. The Court will hear the matter on August 14.

The court asked the DoT as to how its interests can be secured in the insolvency process against RCoM, Aircel and Videocon. The bench asked DoT its stand on the recovery of Rs 31,000 crore from RCom. It has also asked RCom to file a copy of its stand.

The court has yet to decide on the reasonable period for staggered payment of AGR dues. While the government had proposed 20 years, Telecoms like Airtel and Vodafone had asked for atleast 15 years. Airtel’s AGR demand was Rs 43,989 crores out of which it paid Rs 18,004 crores, and Voda Idea have paid 7,854 crores out of its total AGR demand of 58,254 crores.

During the hearing Mehta for (for DoT) submitted a brief regarding the three Companies.

The bench questioned Mehta the material placed on record for the insolvency regarding the reasons for initiation of insolvency, to which Solicitor Mehta responded by saying that it will be given by the companies.

He added that for RComm the amount to be recovered is Rs 31,000 crores, which included spectrum usage and licensing charges.

The court asked: “We want to know the cause of initiation of insolvency for telcos under IBC and if there was any urgency by telcos in pushing for insolvency.”

Justice Shah asked: “Why was there a delay in filing an appeal, regarding spectrum not being a part of insolvency? Was there any urgency for filing bankruptcy by these companies? Given the delay, what if they sold spectrum in the meantime?”

Shyam Divan, appearing on behalf of RComm, took the court through the different stages of insolvency, RComm case background and more details regarding settlement between Ericsson and RComm which took place in the Supreme Court. He added that the monetisation process outside IBC failed due to lack of consensus between lenders.

The court questioned RComm as to how can NCLAT revive insolvency proceedings despite payment to Ericsson when the Supreme Court’s order is binding for all courts and tribunals.

Justice Shah questioned RComm if their main source of income is spectrum. Divan denied that. The bench asked: “The confusion is, if that’s the case, then you don’t want to pay anything to DoT?”

Divan stated that there is a Committee of Creditors that has taken a 100 percent approval of a resolution plan. He requested the court to allow him to continue with his submissions on the next date of hearing.

When SG Mehta reiterated that spectrum can never be a subject of sale in IBC proceedings, the bench asked him make his filing in that regard. The Court also asked SG Mehta, Divan and Kadam to file the NCLT’s order.

The Supreme Court, on July 20, had reserved its order on the timeline of staggered payment AGR related dues by telecom giants including Vodafone Idea, Bharti Airtel and Tata Teleservices.

The court had heard parties on liability and time frame for making the payment and noted that while hearing the matter attempts were made to wriggle out of the liability, like asking for reassessment and recalculations. The bench had also said that as a huge amount of AGR dues is remaining, they will examine the bona fides of RComm going into insolvency.

The bench had asked for the details of R.Com, Sistema Shyam Teleservices, Videocon to be submitted within seven days.