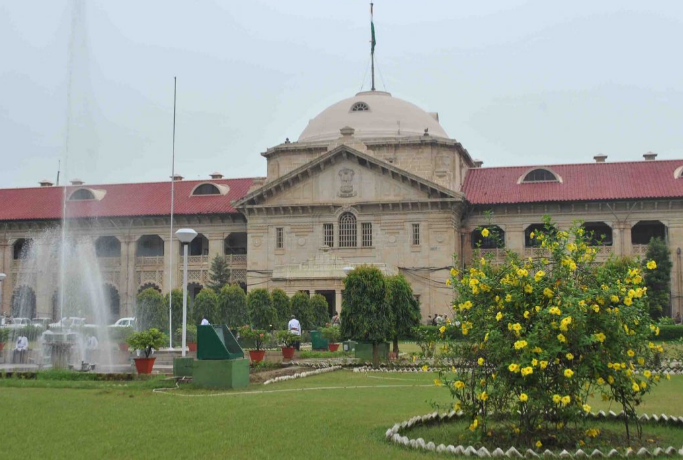 The Allahabad High Court has stayed the Uttar Pradesh government’s order regarding appointment of Public Information Officers in several institutions, including the City Montessori School (CMS).

The Lucknow Division Bench of Justices Rajan Roy and Suresh Kumar Gupta passed this order on Monday, while hearing a petition filed by CMS through its Founder-Manager Jagdish Gandhi.

The petitioner had challenged the order passed by the State Information Commission in an appeal on the ground inter alia that the order is without jurisdiction and also that the petitioner does not fall within the definition of public authority and no such direction could be issued to the Chief Secretary, Government of UP, for appointing a Public Information Officer in the petitioner’s institutions apart from other private institutions, as has been ordered.

Complainant Sanjay Sharma relied upon Section 19 (8) (a) (ii) of UP Right to Information Act, 2005, as also Rule 12 of the Right to Information Rules, 2015 to contend that the petitioner should first seek recall of the order. He further said that CMS is a public authority under Section 2 (h) of the Act, 2005.

The Counsel for the Commission relied upon Section 2 (h) of the UP Right to Information Act, 2015, Section 12 of the Right to Education Act, 2009 under which 25 percent of the students from the economically weaker sections are to be admitted by such school as the petitioners and as regards fee payable thereof, the State Government reimburses the same to justify the order.

“When we peruse the order of the State Information Commission, we find that it has not issued any direction to any public authority or for that matter even to the petitioner for providing any information to the opposite party no 5 (Sanjay Sharma )/information seeker under the Act, 2005,” noted the Court.

The Bench observed that it is not possible to collect information from the District Education Officer in respect to hundreds of schools in the districts under his jurisdiction, so he has directed the Chief Secretary, Government of UP to appoint a Public Information Officer in each school under the jurisdiction of the State Information Commission, which provides free and compulsory education under the Act, 2009 within three months of its order.

“We have perused the powers and function of the Public Information Officer under Section 18 and we find that the order/direction contained in the order do not relate to Section 18. In fact, apparently as stated by the Commission itself, the same has been passed, exercising the power under Section 19 (8) (a) (ii) of the Act, 2005, which are appellate powers, which the commission was not exercising in the instant case as what was before the commission was a complaint, which had to be dealt with as per Section 18 and not Section 19.

The Court does not find any provision in the Act that Chief Secretary, Government of U.P. could appoint such Public Information Officers. In any case, the order is bad as it was exercising jurisdiction vested in the Commission under Section 18 and it was not exercising appellate powers, therefore, Section 19 does not come into play. Section 25 (5) of the Act, 2005 also does not sustain the order prima facie.

“Accordingly, we stay the operation of the impugned order so far it relates to appointment of Public Information Officer regarding petitioner’s institution is concerned, but leave it open for the Commission to proceed with the complaint in terms of Section 18 of the Act, 2005 irrespective of the impugned order meaning thereby for this limited purpose, the complaint shall still be alive before the State Information Commission. Pleadings will be exchanged between the parties in six weeks.

“This order will not absolve the petitioner of its obligation, if any, under the Act, 2009 nor does it absolve it from providing requisite information in this regard to any officer of the State/Public Authority, which it is otherwise obliged to provide the same, in law,” the Court ordered.