Attorney General sends letter to Registrar of the Supreme Court 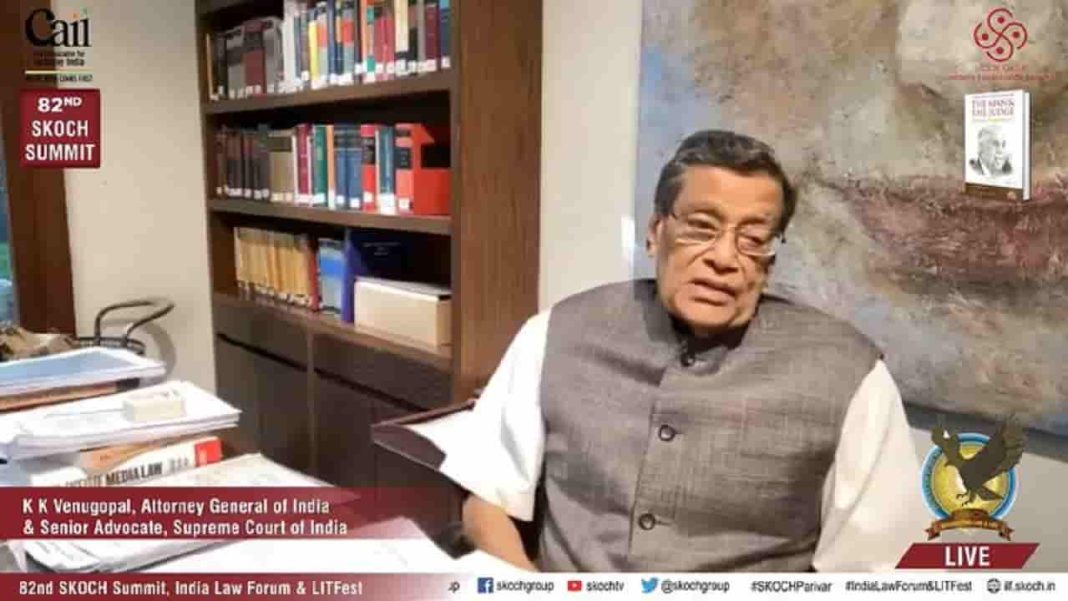 A letter was sent to Registrar of the Supreme Court by the Attorney General (AG) KK Venugopal  expressing his shock and displeasure after his Advocate-on-Record (AoR) and instructing counsel in a Maharashtra State Board of Wakfs case were replaced behind his back.

The letter that was addressed to Registrar (Judicial) said

i. firstly, my advocate on record has been changed;

ii. Shri Javed Sheikh, the special counsel appointed by the Wakf Board who has been instructing me in the Wakf Board cases from 2011 and who, in my opinion, is an authority on Wakf Law, has been removed from his post;

iii. Shri Gopal Sankaranarayanan , who had informed the court on the last occasion that I would be leading him and has been instructing me in the matter, has been withdrawn from the case.”

The Attorney General in fury said that last minute removing of the counsel representing the parties was a serious, uncalled for and unwarranted attempt to interfere with the administration of justice.

“This is clearly an act of contempt of court”, the letter reads.

AG Venugopal called it shocking since his AoR, special counsel who had been instructing him and senior counsel engaged were all changed behind his back.

When a letter by the petitioner’s counsel Shashibhushan P Adgaonkar came to the AG’s notice before him stating that since a letter of adjournment was circulated, the board had made alternate arrangements and the letter was withdrawn.

The letter clarified that the AoR being changed made no difference on the AG’s right of audience.

“It will be noted that when the Attorney General exercises his right of audience under Article 76(3) of the Constitution, he does it on his own right and need not exercise the right only on instructions from an advocate on record,” the letter said.

A bench led by the Chief Justice of India (CJI) NV Ramana on Tuesday, was alerted by the AG that he was no longer representing the Wakf Board since he had been removed.

The counsel apologised, and said that the letter to the AG had been withdrawn, the CJI reprimanded him stating that this was not the way to address the AG.

“Is this the way you deal with AG Venugopal? You have forced him to write the letter,” CJI Ramana said.

Attorney General requested the court to keep the case on board.

“This cannot be allowed in highest court of the country. This is disgraceful,” he underscored.

The case has been adjourned to August 19 and would be heard along with the AG’s letter.

Did you find apk for android? You can find new Free Android Games and apps.
Share
Facebook
Twitter
Pinterest
WhatsApp
Previous articleWhat is the metaverse? — review
Next articleTake steps for protection of religious minorities: Jammu and Kashmir High Court to UT Home Secretary