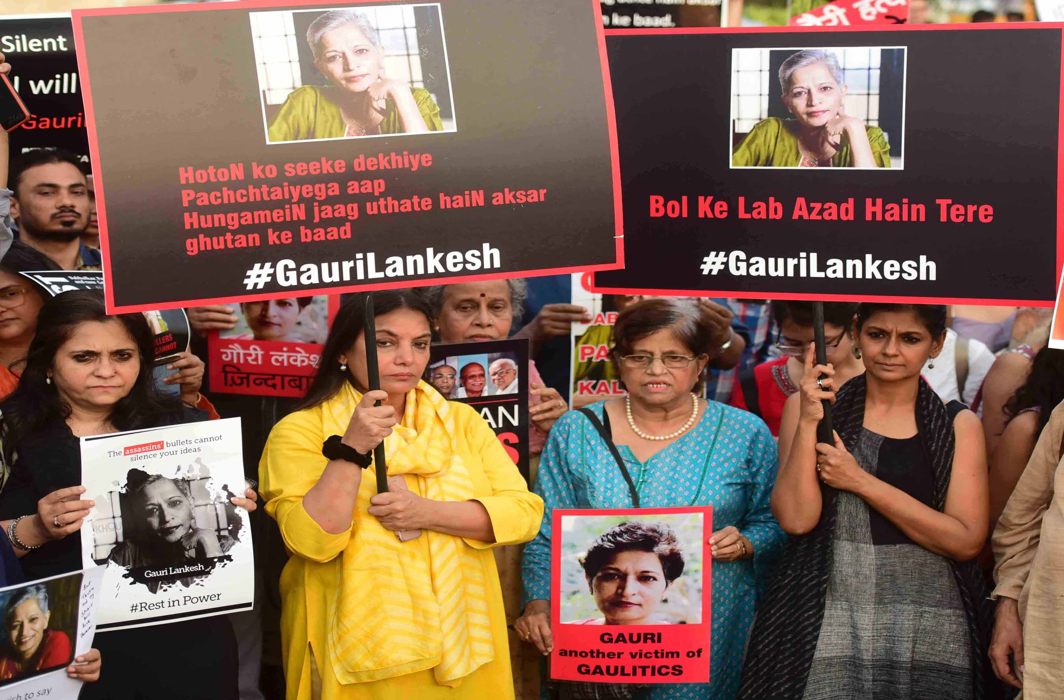 Rishikesh Devdikar, the key accused in the 2017 murder of journalist Gauri Lankesh outside her Bangalore house was produced before a Bangalore court on Monday and subsequently remanded to police custody.

Devdikar who was arrested from Dhanbad in Jharkhand on January 9  is said to be the brain behind the meticulous planning that went into the murder of the firebrand journalist who was shot down outside her house in Bangalore’s Rajarajeshwari Nagar as she alighted from her car close to midnight on September 5, 2017. The Special Investigating Team has so far arrested 18 persons in connection with the crime and one remains at large. The SIT is confident that with Rishikesh’s arrest, they would be able to track him too.

According to the SIT, in 2012, Rishikesh began attending events organised by the radical right-wing outfit Sanatan Sanstha, whose members have been accused of killing Gauri Lankesh. In July 2018, Rishikesh absconded and took refuge in Jharkhand’s Katras in Dhanbad area. Rishikesh was allegedly working as a serviceman at a petrol pump. Sources say that Rishikesh formed the plan to dispose of the murder weapon and had appointed two others to dispose of the same.