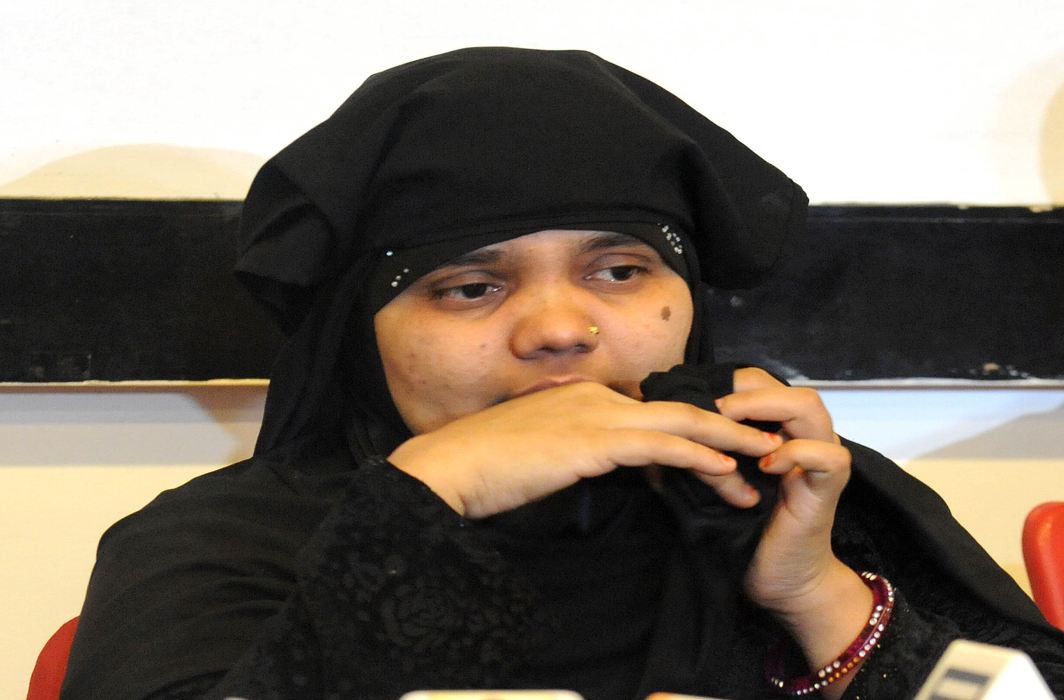 The Gujarat Government has released eleven convicts who were sentenced to life imprisonment on charges of gang rape of Bilkis Bano and murder of her family members during the 2002 Gujarat riots.

In the aftermath of 2002 riots, Bilkis Bano was gangraped and her three-year-old-daughter was among twelve people killed by a mob in Limkheda taluka of Dahod district in Gujarat.

The Additional Chief Secretary (Home) of Gujarat , Shri Raj Kumar reportedly said that convicts were released after “completion of 14 years” in jail with other due factors such as “age, nature of the crime, behaviour in prison consideration.

After Bilkis Bano approached National Human Rights Commission, did the Apex Court ordered a Central Bureau of Investigation (CBI) probe into the case.

In year 2004, Bano  complained of receiving death threats by the accused, the apex court in 2004 directed the trial to be transferred from Godhra in Gujarat to Maharashtra.

In January 2008, a Special CBI Court convicted thirteen accused, out of which eleven were sentenced life imprisonment on the charge of gangrape and murder.

In the year 2017, the conviction order was upheld by the Bombay High Court.

The Supreme Court in 2019, ordered the Gujarat state to provide ₹50 lakh compensation to Bano.

The bench of then Chief Justice of India Ranjan Gogoi and Justice Deepak Gupta and Justice Sanjiv Khanna also has given directions to the State for providing Bano with a government job and accommodation.