In this matter, Uday Prakash had filed a suit in December 2019, wherein a temporary injunction application was made against infringement of a copyright owned by Prakash relating to a story-screenplay-dialogues for a feature film, registered with the Copyright Office at New Delhi under the name of Highway 39 in 2007. 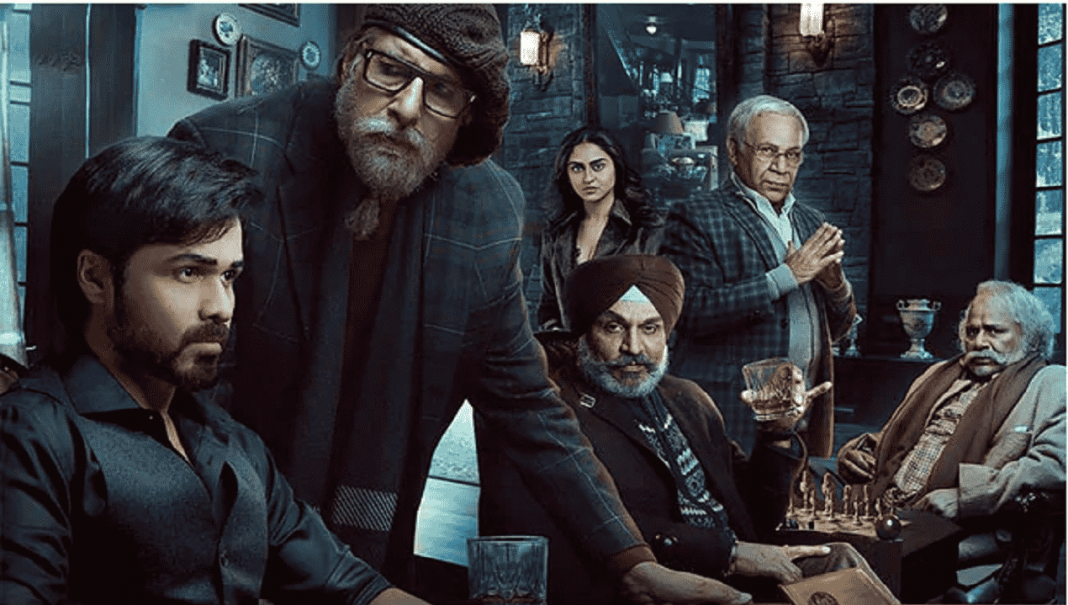 The Allahabad High Court recently, in an appeal filed by writer Uday Prakash alleging copyright infringement by producer Anand Pandit and director Rumi Jaffery, refused to grant a stay on the release of Amitabh Bachchan-starrer Chehre.

A single-judge bench of Justice J.J. Munir refused to grant any interim relief in the appeal filed by Uday Prakash against the order passed by District Judge Jitendra Kumar Sinha, wherein he had rejected the application seeking temporary injunction.

In this matter, Uday Prakash had filed a suit in December 2019, wherein a temporary injunction application was made against infringement of a copyright owned by Prakash relating to a story-screenplay-dialogues for a feature film, registered with the Copyright Office at New Delhi under the name of Highway 39 in 2007.

He says that he has been an editor, researcher and television director with national and private TV channels. He writes for major national dailies and periodicals on issues of social and cultural significance. The plaintiff also says that he discussed the copyrighted work with one of his acquaintances, Mazhar Kamran, who was, at the relevant time, working with the plaintiff as a cameraman on several audio visual projects that the plaintiff had in hand during the years 2000-2005.

Mazhar Kamran had assured Prakash that he would show the copyrighted work to a few prominent producers, one of whom was Anand Pandit, the respondent no 1 in the instant appeal. Pandit is a well-known producer and proprietor of Anand Pandit Motion Pictures, whereas Rumi Jaffery, respondent no.2 is a well-known director of Saraswati Entertainment Pvt. Ltd., Mumbai.

The plaintiff in June 2019 came to know from reliable sources in the film industry that defendant no.1 is making a movie under the direction of defendant no.2, which is very similar to the copyrighted work.

The plaintiff said that he received reliable information from the film industry that the movie Chehre is based exactly on the same “plot and premise” as the plaintiff’s copyrighted work. The plaintiff took legal advice and caused a “cease and desist” notice to be issued to the defendants on June 14, 2019.

The notice, last mentioned, called upon the defendants to cease and desist from using any portion of the copyrighted work, including his professional, intellectual and creative ideas that have gone into the story and presentation.

The notice is said to have been answered through a reply of June the 29th, 2019, denying infringement of the copyrighted work.

It is said by the plaintiff that the defendants are knowingly indulging in infringement of the plaintiff’s copyright. They have signed high profile artists to work in the feature film without taking the plaintiff’s permission for the use of the copyrighted work, converting his literary work into a motion picture.

It is also said that the plaintiff has not so far assigned or transferred or sold his copyright in the copyrighted work to any third party; he holds it in his name alone. The violation of the plaintiff’s copyright has been claimed to cause loss of name and reputation to the plaintiff.

It is claimed that the wrong done by the defendants not only constitutes infringement of the plaintiff’s registered copyright but an act of breach of confidence, besides unlawful trade. It has the effect of depriving the plaintiff of the fruits of his intellectual labour created by investment of colossal time, intellect and effort.

Bhardwaj said that the Court must say that both these remarks in the District Judge’s order are indeed not relevant to judge a plea for the grant of a temporary injunction in an action for copyright violation. An unpublished copyright, unregistered or registered, is protected intellectual property. It cannot be plagiarized merely because the owner of the copyright has not published it until the time of infringement. The other remark about the failure to implement Kamran as a party to the suit by the plaintiff, is also besides the point. Merely because the plaintiff claims that he had discussed the copyrighted work with Kamran, does not oblige him to implement Kamran as a defendant to the suit. This is so because of the cause of action disclosed in the plaintiff, the plaintiff does not claim any relief against Kamran. The relief has been claimed against the defendants. The plaintiff’s case may require Kamran to be examined as a witness, but there is absolutely no necessity to implement him as a defendant to the suit. But, these infirmities are not all that the refusal of temporary injunction is about. There is much more to it.”

Counsel for the plaintiff further said that the defendants’ case that the suit is a quia timet action based on a mere apprehension is now no longer open, nor was it ever open. It is something that has to be seen in the plaintiff’s favour.

“It must be remarked here that before the Court, during the hearing, the Court asked the defendants if they would produce the script, on the foundation of which, the feature film was produced. On instructions sought, the defendants said that they were willing and would produce it. They did so during the hearing on August 26, 2021. At the instance of the plaintiff, the defendants also filed an affidavit to the effect that the final script, on the foot whereof the feature film has been developed and produced, authored by one Ranjeet Kapoor, is the one that is being passed on to the Court. However, the defendants declined to share the script with the plaintiff.

The Court, therefore, compared the copyrighted script that was provided by the plaintiff and the script on which the feature film is founded, without sharing it with parties or the advantage of hearing Counsel. The Court has nevertheless very carefully compared the two scripts. There is no doubt that they share a common theme. But, it is equally true that the two are distinct and individual treatments of the same subject and theme developed by different individuals in their own way, as a result of their individual intellectual exertions. The two scripts prima facie are distinctly different treatments of the same theme”, the order reads.

There is, thus, prima facie a materially different and distinctive development and treatment of the same theme in both the scripts. In the prima facie opinion of this Court, there is, apart from the fundamentals of the basic theme that appear to have come from a common source, no such distinctive feature in the copyrighted version that have been prima facie plagiarized. It must be remarked here that whatever comparison has been done, is not, in any manner, a final expression of opinion on merits about the distinctive similarities or the dissimilarities. That is something that has to await trial, where wholesome evidence would now be led. All the remarks here are limited to the decision of the temporary injunction matter and nothing more, the Court observed.

The Court stated that, now, a still further issue that is required to be examined is what would happen if at the hearing, the plaintiff were to ultimately succeed. Would damages alone be recompense enough? There is relief sought by way of a decree for rendition of accounts of the advance amount received by the defendants from the distribution companies, television channels, OTT platforms, television networks by selling distribution rights/ streaming rights of the feature film, infringing the plaintiff’s copyright. The said decree would entitle the plaintiff, if he succeeds, to proportionate proceeds on account, as may be determined that the film earns. But, apart from that, if the copyright is ultimately held to be infringed at the trial, monetary compensation may not be recompense enough.

The Court ordered that if the plaintiff succeeds, all further displays of the feature film shall have to carry an acknowledgment, suitably to be displayed that the movie is based on the copyrighted work, which is the plaintiff’s authorship. Also, the trial of the suit is to be expedited. Since the learned District Judge is hearing the suit himself, he will proceed with the suit, fixing one date every week and endeavour to conclude the trial within four months.

Subject to the above directions, the impugned order does not deserve to be disturbed, the Court said while disposing of the petition.