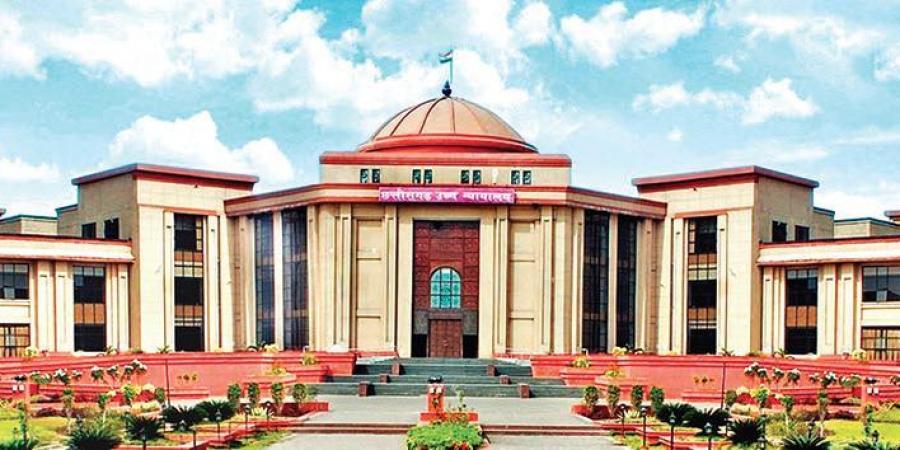 The Chhattisgarh High Court dismissed a Public Interest Litigation (PIL) which sought a direction commanding all private universities in Chhattisgarh to submit proof of compliance with provisions contained in their respective ordinances as well as guidelines issued by the UGC from time to time, with reference to conduct of examinations, enrollment and preparation and issuance of mark-sheets within a stipulated period.

The petitioners also sought a further direction to the CBI to investigate the matter, register the FIR and to monitor the investigation/progress by the High Court.

The petitioners contended that they could only lay hands on a photocopy of the said certificates. In order to curb the menace of fake certificates by recognized private universities, the petitioners were compelled to take recourse to initiation of criminal proceedings before the Police Station but despite making out prima facie case, the complaint was not taken cognizance and after the inquiry it was closed by the police.

It is, therefore, contended by the petitioners that the higher education system in the State is marred with corrupt practices in utter violation of rules and regulations and likewise allegations have been levelled in respect of other private universities. It is submitted that the private universities established under the Act are required to adhere to follow strict norms with respect to admissions, minimum attendance criteria, conduct of examinations and maintaining records of total number of students enrolled, conferral of certificates etc., and instead the private universities in the State of   Chhattisgarh have resorted to selling mark-sheets and issuance of fake and back-dated certificates, therefore, it is submitted that since the universities are performing public duties, as such, they are bound to follow the ordinance and norms and in order to regulate the mechanism and eradicate the menace of selling mark-sheets and fake certificates, the investigation by CBI and monitoring the progress thereof by this Court was prayed.

In its response, the state government denied all the allegations made by the petitioners. It is stated that for the purpose of providing a regulatory mechanism at state level and for working as an interface between the state government and regulatory bodies and to ensure appropriate standard of education, regulatory commission in the name of Chhattisgarh Private University Regulatory Commission under the C.G. Private Universities (Establishment and Operation) Act 2005 has been constituted. According to Section 15 of the said Act, the power is vested in Visitor i.e., the Governor to evaluate the decision taken by the authority whether it is in conformity with the provisions of the Act and the visitor may also ask for the opinion of the regulatory commission and may pass certain orders as deems fit. Further under Section 36(8), the general duty of the Regulatory Commission is conferred to maintain the standards of the teaching, examination and research in the private university and maintain the standards which includes various powers.

The reply of private universities said the story as projected by the petitioners itself is vague and false for the reason that the petitioners remained silent on the aspect as to how the said person managed to procure the alleged fabricated documents in the form of photocopy of the receipt and duplicate marks sheet issued by the private universities.

Serious allegations have been levelled against the petitioner that he is trying to blackmail the universities. When there is complete mechanism provided which is vested in Chhattisgarh Private Universities Regulatory Commission which is a regulatory body constituted under Section 36 of the Chhattisgarh Private Universities (Establishment and Operation) Act, 2005, the petitioners instead of taking recourse to the provisions of Acts and Rules has directly rushed with this petition before the High Court. Acceptance of this petition would amount to conducting a roving inquiry under the guise of PIL. The jurisdiction of PIL is meant to rescue the down-trodden and not for the purpose of serving the private ends or personal gains. It is also trite law that a person acting bonafide and having sufficient interest in the proceeding of public interest litigation will alone have a locus-standi and can approach the Court to wipe out violation of fundamental rights and genuine infraction of statutory provisions, but not for personal gain or private profit or political motive or any oblique consideration, the private universities contended.

The Division Bench of Justice Goutam Bhaduri and Justice N.K.Chandravanshi while applying the aforesaid principles to the facts of the instant case held that it cannot be inferred that the petitioner is espousing the cause of public interest in any manner whatsoever. How the waiver of locus-standi of the petitioner can be granted is a question of serious doubt.  Furthermore, under the garb of PIL, the High Court cannot issue order for roving enquiry by usurping the power of Visitor i.e., His Excellency the Governor who is vested under the Chhattisgarh Private Universities (Establishment and Operation) 2005. Accordingly, the High Court dismissed a PIL.